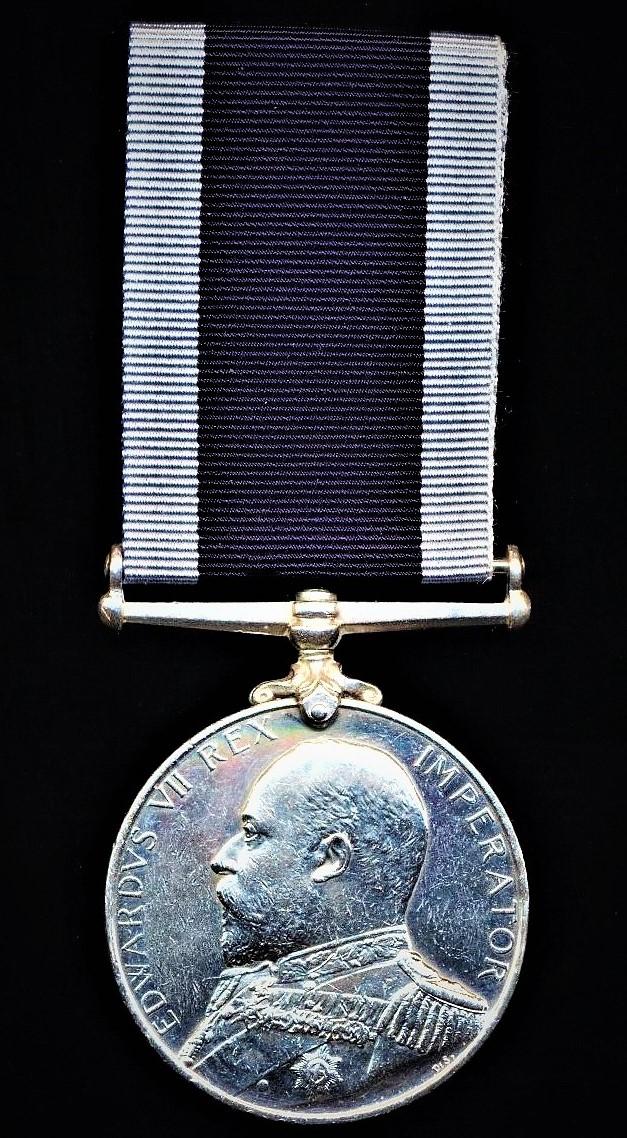 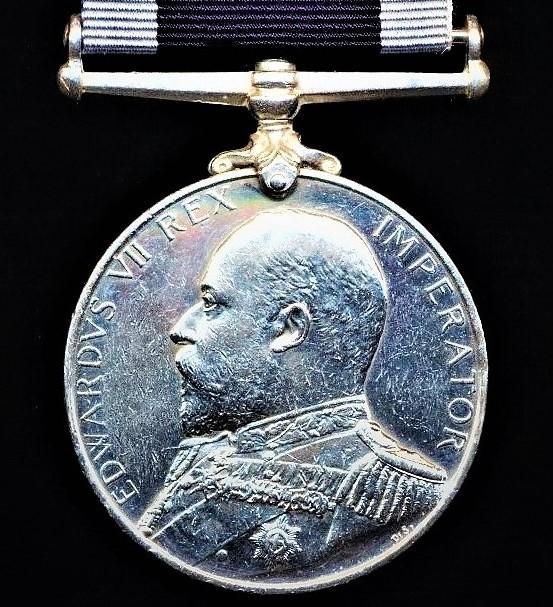 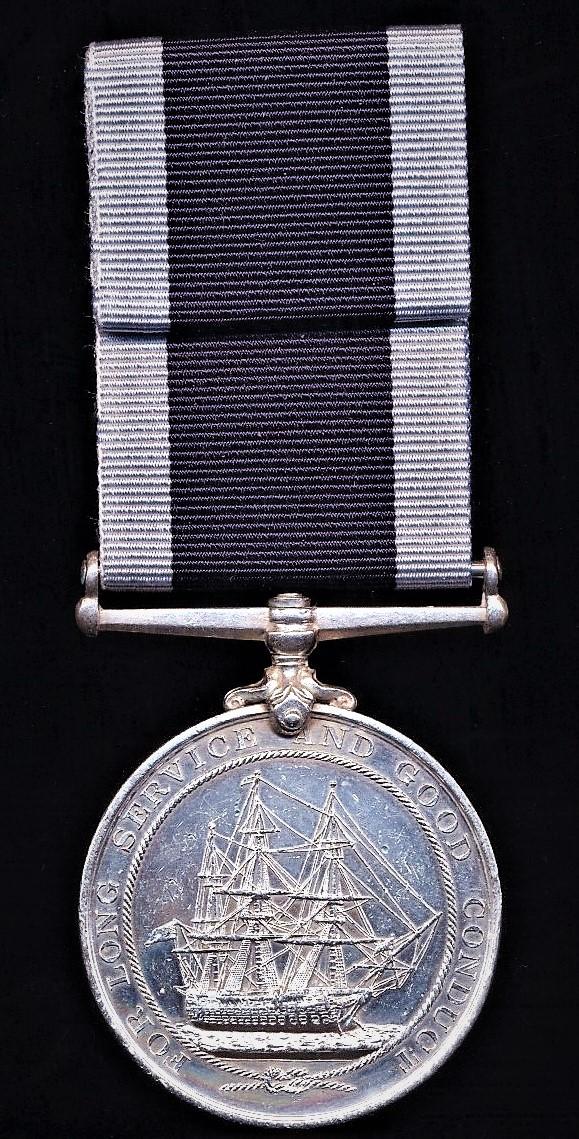 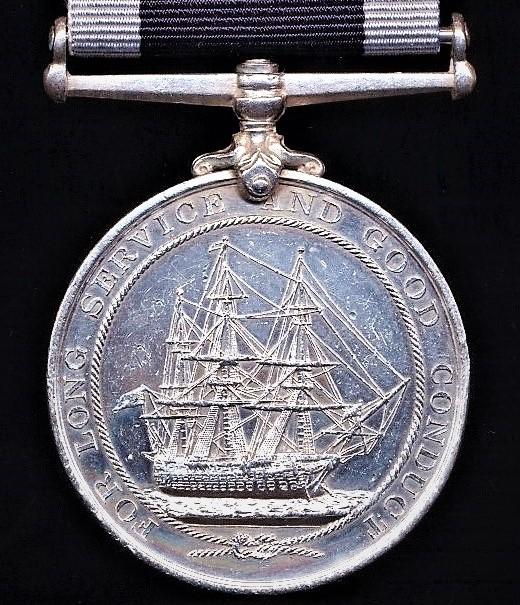 Alfred Osborne was a native of Portsmouth, England, where he was born on 15 October 1865. He enlisted into the Royal Navy on 24 December 1887 and was first posted to H.M.S. Pembroke. He later served with numerous other ships and shore establishments including H.M.S. Tyne, Alecto, Hood, Wildfire II, Northampton and Rosario. In January 1905 he moved to H.M.S. Sapphire and remained with her until January 1907. It was whilst serving with this ship that he was awarded his Long Service and Good Conduct Medal. After various other postings, Osborne was discharged with a pension in January 1910. He was recalled during the Great War and awarded a single British War Medal for home service, attaining the rank of Chief Stoker