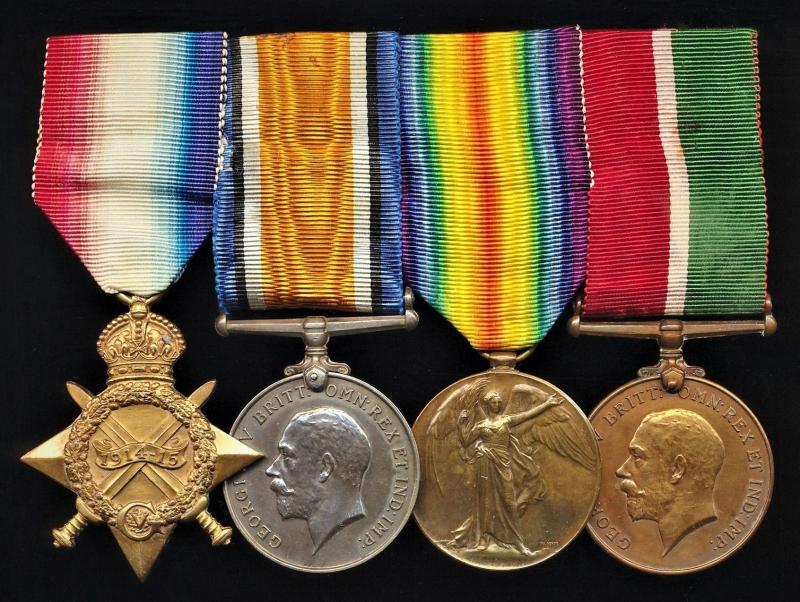 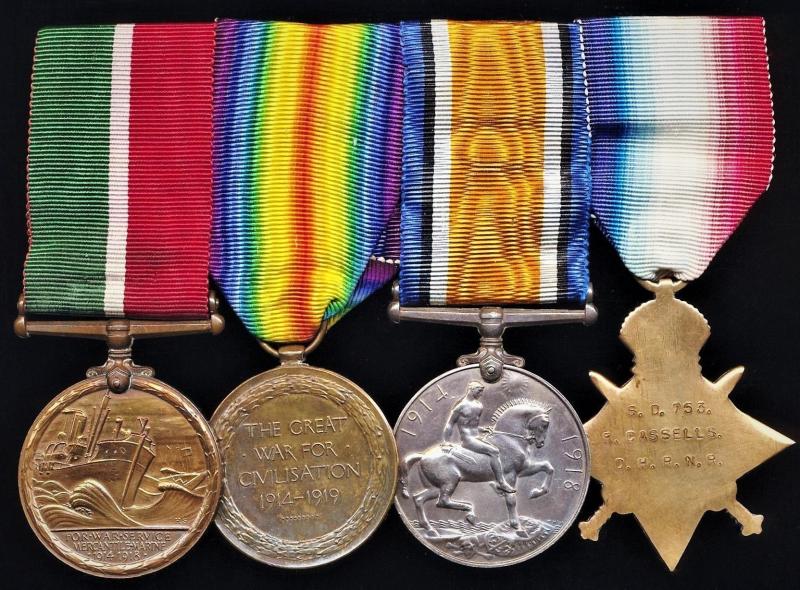 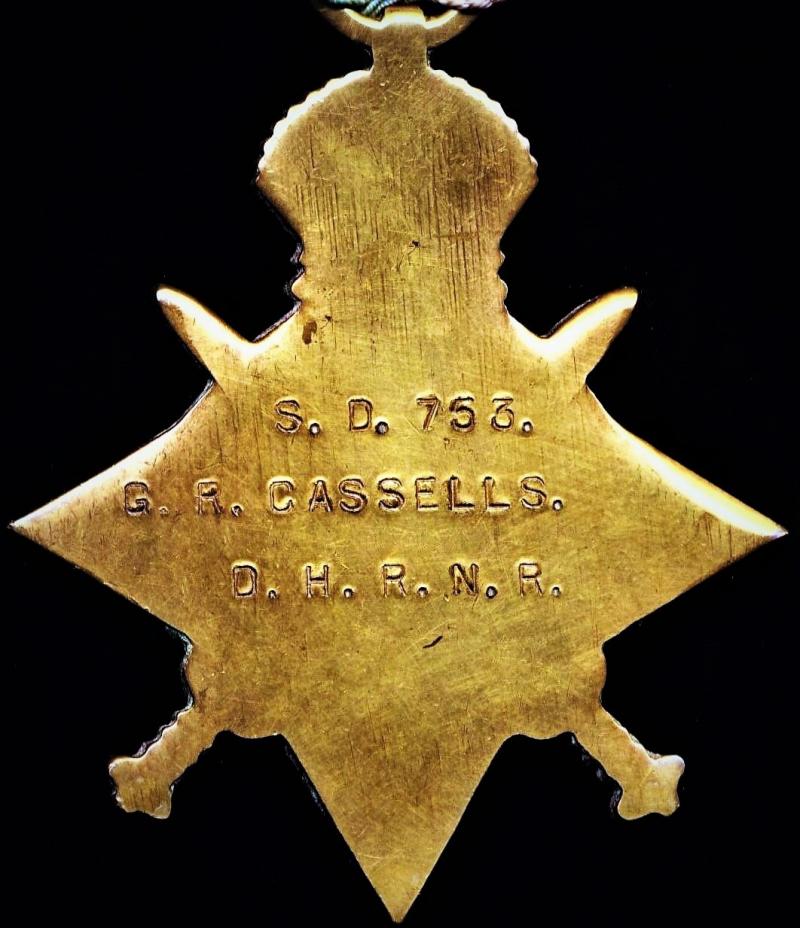 Note: The recipients service papers show that he served aboard H.M.S. Cyclamen (an Arabis Class 'Sloop') from November 1915 (the ship was commissioned on 22 February 1922). In respect of his services during the Great War he was awarded a 'Hurt Certificate' on 28 February 1917, for having torn his left hand on a wire hawser on 17 February 1917, and his left middle finger having gone septic since. In addition to his war medals, including the Mercantile Marine War Medal, he was also awarded a share of Naval Prize Money amounting to 18 Pounds & 15 Shillings, that was issued to him in instalments 1920-22

George Reid Cassells, son of John James Cassells (a certified pedlar of smallware) and Barbara Cassells (nee Plank - a German national) was a native of, Kirkwall, Orkney Scotland, where he was born on, 7 December 1873. The 1891 National Census for Scotland, records George, 17 years of age, employed as an 'Apprentice Baker', living with his family at their residence located at, Catherine Place, Kirkwall, Orkney, the family then comprising his mother and older brother, Alexander A. Cassells (Mercantile Clerk) and a younger sister, Janet M. Cassells (a scholar). George joined the Royal Naval Reserve on 15 May 1915. Post-war, and now based from South Leith, George Cassells returned to his seafaring life with the Merchant Navy, and is recorded on several crew lists on ships plying the Trans-Atlantic routes, his ratings being shown as 'AB' for Able Seaman. in 1920, George married at South Leith, Midlothian, Scotland - the couple George Reid Cassells & Jane Sharp Cassells latterly residing at, 42 A Great Junction Street, Edinburgh. George's married life was, however, short-lived as he is recorded as having died in South Leith, on 6 September 1924, at the age of 49 years.

Note: The medals mounted for display in the swing style (the MMWM & Interallied Victory Medals worn in reverse order)