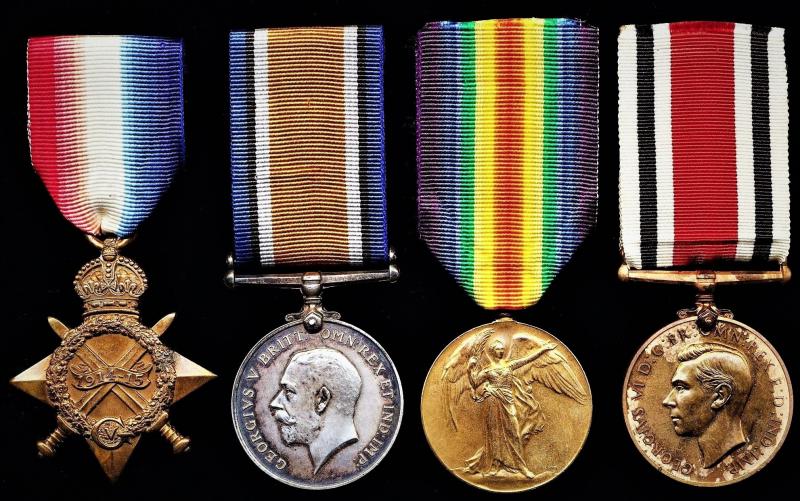 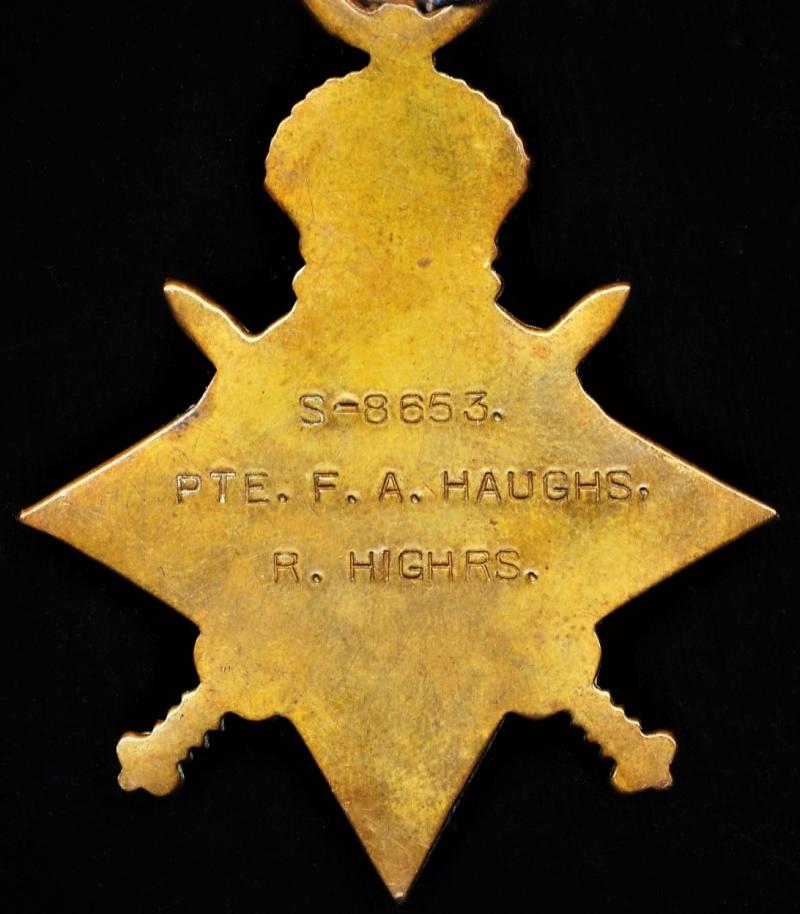 Important: Private Frank Anderson Haughs is confirmed having been twice blown-up by shell and 'Wounded-in-Action' by gunshot & shrapnel wounds (GSW) while serving in France with the 8th Battalion Black Watch at the Battle of Longueval & Delville Wood, during the Somme Offensive of July 1916

Private Frank Haughs, writing on 31st July to his father, Mr William Haughs, grieve at Fordhouse of Dun, says that he has been wounded, and is in Stanley Hospital Liverpool. He states that the British and German positions at his section were, about a mile apart, between two woods. They went out at night their orders being to take the first three lines, which they did. While they were going through a village a shell landed beside Private Haughs, lifting him high in the air. He landed in a big shell hole. He received a wound in the head, which a comrade bound up, and advised him to go back to the dressing station, but he would not hear of that. Getting out of the hole after some difficulty, he met the doctor, who also advised him to go back. The doctor had no sooner left him when another shell landed close beside him, wounding him in the leg and arm. He crept back to the first line that had been captured, and from thence was conveyed back to the dressing-station. He remembered nothing else till he was being lowered into a barge, for conveyance to a place further back, prior to his removal to England. Private Haughs, who is Mr Haugh's youngest son, was a farm servant prior to enlisting in the Black Watch

In total the 8th Black Watch sustained 568 x casualties (killed, died, wounded and missing) at Longueval and Delville Wood, of which 137 'all-ranks' men killed, died of wounds or missing in action

Important: The recipient's half-brother's brother's medals (a fellow 'Special Constable') are being sold separately on the website, see item code 20947

Frank Anderson Haughs - a unique name - was the eldest son of William Haughs & Agnes Ellis Haughs (nee Neave) was a native of, Dun, Forfarshire, Scotland, where he was born circa 1895. At the time of the 1901 Census for Scotland, Frank is recorded as living at the family home, at, Fordhouse Cottage, Dun, near Montrose, Forfarshire, Scotland, with his parents and - at the time - 5 x siblings, comprising elder brother Charles Haughs, and 4 x sisters vis, Isabel Haughs, Jean Haughs, Mary Haughs & Margaret Haughs. Prior to the Great War, Frank Haughs was employed as a 'Farm Servant'. During the Great War, Frank is recorded as having first entered theatre of war 'France' on 25 August 1915, while serving with 8th Battalion Black Watch (the medal rolls indicate that he also latterly served with 2nd Battalion Black Watch). After having been twice blown- up and wounded by gunshot and shrapnel wounds (GSW) at Longueval & Delville Wood during the Somme Offensive of July 1916, he was evacuated to England for recuperation. After recovering from his wounds, Frank Haughs latterly served with the 2/Black Watch. Frank Haughs was transferred to the Class Z Reserve on 9 April 1919

On, 27 May 1927, Frank Haughs married Christina 'Ina' Bruce Clark, at a civil ceremony held at the George Hotel, Montrose, Forfarshire, Scotland. Frank Haughs, was a well known farmer and prize-winning horseman in the Montrose area, and there are multiple references and articles pertaining to him published in the local Montrose area newspapers in the period circa 1925-1950. Frank Haughs, is recorded as having died at, North Snaddon, St. Cyrus, Kincardineshire, Scotland, on 14 April 1950, and his body was later interred at, Sleepyhillock Cemetery, St. Cyrus

The Special Constabulary Medal with some original lustre