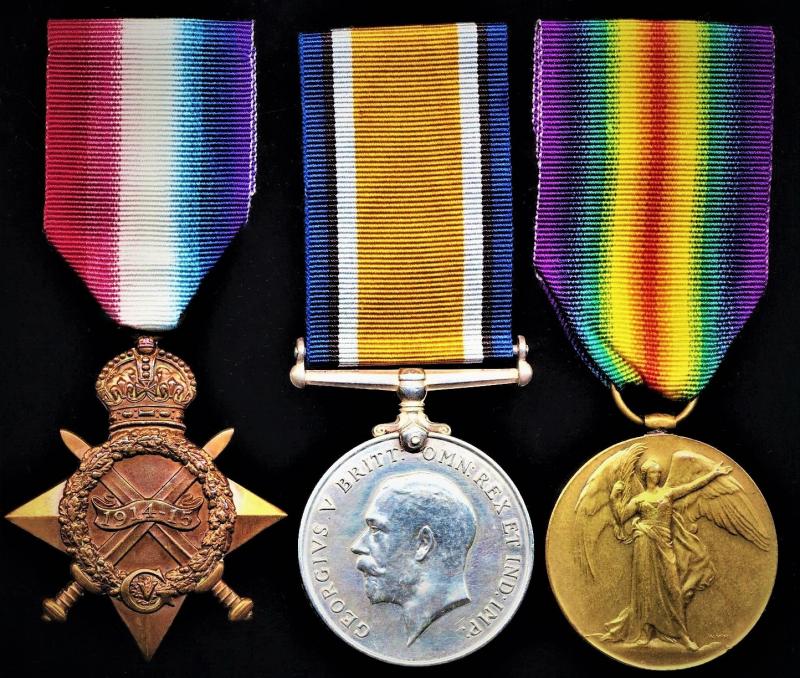 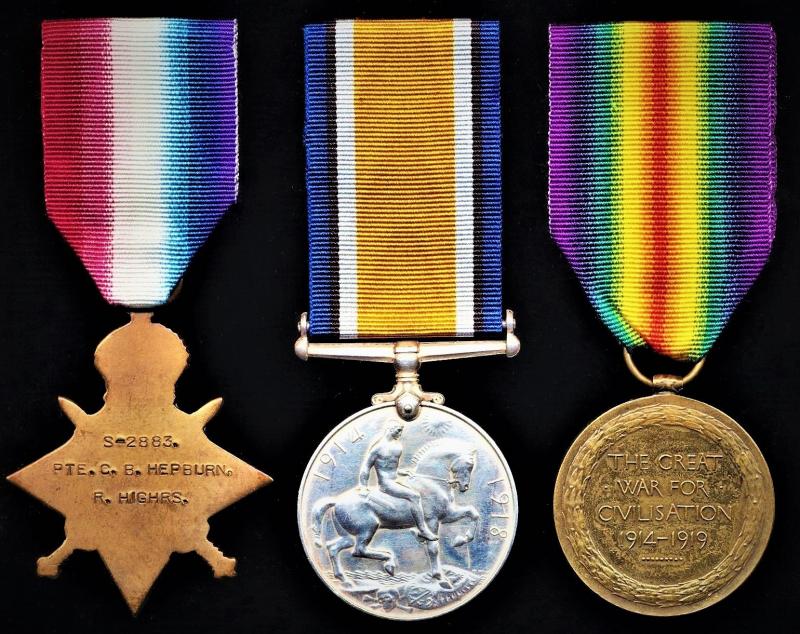 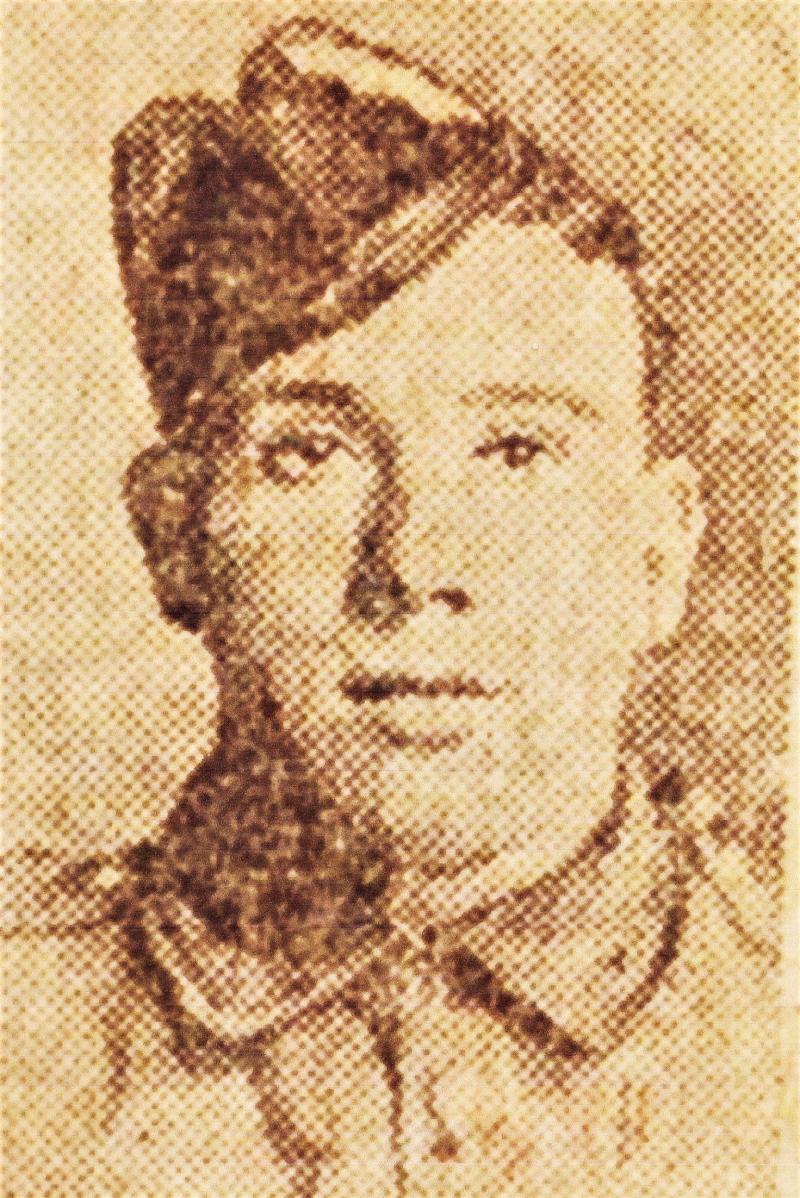 Note: The pair only with official corrections to rank & forename initials, and exactly as issued

Important: Private Charles Hepburn is confirmed having been Wounded-in-Action' (GSW to right shoulder) and captured as Prisoner-of- War, on 18 July 1916, while serving with 8th Battalion Black Watch at the Battle of Longueval & Delville Wood, during the Somme Offensive of July 1916

In captivity Private Hepburn was held at a 'Prisoner of War camp at Limburg, Germany (POW records refer)

Private Charles B. Hepburn, son of Private W. Hepburn, Black Watch, Leslie, was reported killed by his company officer after a battle. He was only wounded, however, and he writes from Germany, where he is a prisoner of war, telling his young wife and parents what kind of parcels to send

Private Charles B. Hepburn, Black Watch, son of Mr and Mrs William Hepburn, Prinlaws, Leslie, was recently reported missing. His brother, Private John Hepburn, who was in the same division, had little hope of his escape. The company officer wrote that Charles must have been killed. His father, Private W. Hepburn, Black Watch, who was with his regiment in the South, came home on leave to comfort the family, and the parish minister referred in the pulpit to Charles's death. Now it appears that Charles, who was married on the eve of his departure for the front, was wounded in the right shoulder, and that he is a prisoner of war in Germany. He has written to his young wife, who resides in Falkland, asking her to proceed to Leslie and tell his parents what to send in the way of parcels

In total the 8th Black Watch sustained 568 x casualties (killed, died, wounded and missing) at Longueval and Delville Wood, of which 137 'all-ranks' men killed, died of wounds or missing in action

Charles B. Hepburn, son of, William Hepburn, was a native of Fife, Scotland, where he had family ties to the towns and villages of, Cupar, Leslie & Falkland. In 1915, Charles proceeded overseas with the 8th Battalion Black Watch (Royal Highlanders) one of the newly raised 'Volunteer' battalions of Kitchener's New Army. He is recorded as first entering theatre of war, 'France' on 10 May 1915, on which date, Charles and his regiment disembarked at Boulogne. The 8/Black Watch served under higher formation '9th (Scottish) Division'. After only a few months of having landed in France, 8/BW fought at Loos in September 1915, and the following year were heavily engaged during the Somme Offensive. Charles fought, was wounded and captured, on 18 July 1916, during the epic Battle of Longueval and Delville Wood, where together with the South African Brigade (attached to 9th (Scottish) Division, 8/BW suffered terrible losses - after the battle the battalion only mustered 171 x all-ranks.... Initially reported missing, believed killed, Charles had fortunately defied the odds, and was later recorded as having survived and transported as a 'Prisoner of War' to Limburg, Germany, where he remained until being repatriated sometime after the armistice of November 1918. Charles Hepburn took his discharge from the British Army in 1919

Sold together with a quantity of copied hard-copy research, including 'Prisoner-of-War' records, and copied articles and named photograph from local Scottish newspapers

A splendid group of Great War medals to a lucky 'Jock' who survived Delville Wood!