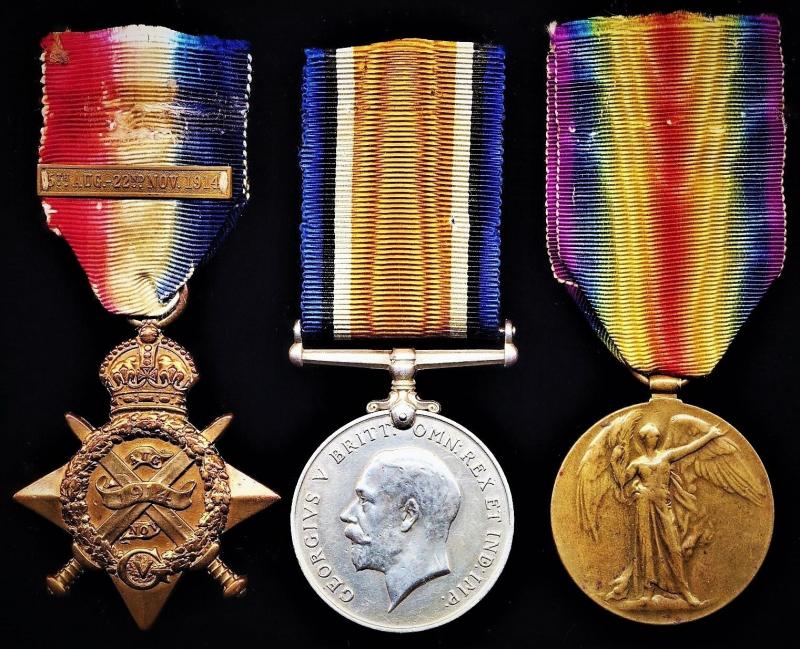 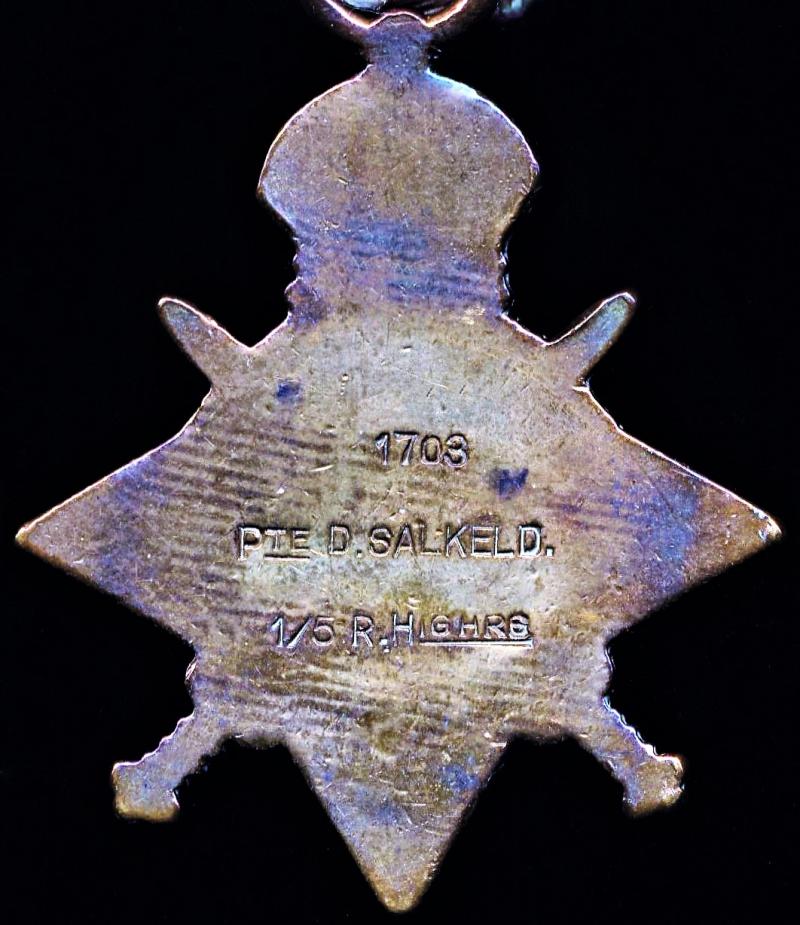 Important: Private David Salkeld confirmed having been 'Shell-Shocked' earlier in the war while serving with 1/5 Black Watch, & later 'Wounded-in-Action' in France, in the week 20-26 July 1918, while serving with 1/4 Seaforth Highlanders, under higher formation 51st Highland Division during the 'Second Battle of the Marne'. The latter casualty recorded in No. 1 District No.1. Record Office Casualty List dated 10 August 1918 (Ref Wo 363 - First World War Service Records 'Burnt Documents')

Quote ('Arbroath Herald and Advertiser for the Montrose Burghs' issue of, 9 August 1918):

Pte. David Salkeld has been wounded and is in Brighton Hospital. A bullet entered the left knee while he was engaged in heavy fighting. He is the son of Mr Robert Salkeld, 19 Abbot Street, and is about twenty years of age. Private Salkeld suffered from shell shock about, eighteen months, ago, and had only been out in France this time for about four months. He was formerly employed at Abbey Leather Works

Important: A scarce instance of a 1/5 Black Watch 'Jock' being officially entitled & receiving a dated clasp to his 1914 Star (the battalion including the recipient first entered theatre of war 'France' on 1 November 1914)

David Sandeman Gordon Salkeld, son of Robert Salkeld (a leather 'Currier') & Catherine Salkeld (nee McNeill) was a native of, Arbroath, Forfarshire, Scotland, where he was born on, 3 October 1898. By the time of the 1901 National Census for Scotland, David is recorded as living with his parents and siblings at, 21 West Newgate Street, Arbroath, Scotland. in 1901, Robert had 4 x siblings comprising 3 x elder brothers, John, James & William. together with elder sister, Annie. A younger sister, Elizabeth, was born in 1902. David's mother died sometime in the in the first quarter of 1906, and sometime after that the family relocated to, 19 Abbot Street, Arbroath. David Salkeld was a teenager when he volunteered to join the Territorial Force of the British Army, in 1914, joining his local battalion 1/5th (Angus & Dundee) Battalion Black Watch. On enlistment David was allocated the regimental '1703', and was only 16 years of age when he first entered theatre of war 'France' on 1 November 1914. In France, David, is recorded as having served with 'E Company' 1/5 BW, and enjoyed a period of 'Furlough' back in Scotland, in November 1915 (local newspapers refer). In 1916, 1/5 & 1/4 Black Watch (Territorial Force) Battalions were amalgamated to form 4/5th (Angus & Dundee) Battalion Black Watch, at which time David was allocated a new regimental number, vis 24025. Sometime in 1917, David was repatriated to the United Kingdom suffering from 'Shell-Shock'. In early 1918 - and deemed suitably recovered (?) - Private Salkeld - still a teenager, was returned to theatre of war 'France' having been transferred to 1/4 (Ross Highland) Battalion Seaforth Highlanders, in which unit he was allocated his final regimental number vis '235356'. While serving with 1/4 Seaforths - under higher formation '51st Highland Division' - David is confirmed having been 'Wounded-in-Action' during the 'Second Battle of the Marne'. At the time of being 'Wounded', David already a seasoned veteran, who had first served in the frontline in 1914 - was only 18 years of age. After being discharged from the British Army, David Salkeld, returned to Arbroath, Scotland, where he is recorded as having died on 7 June 1961, at the time of his death, he had been residing at, 26 Keptie Street, Arbroath

Sold together with some copied hard-copy research