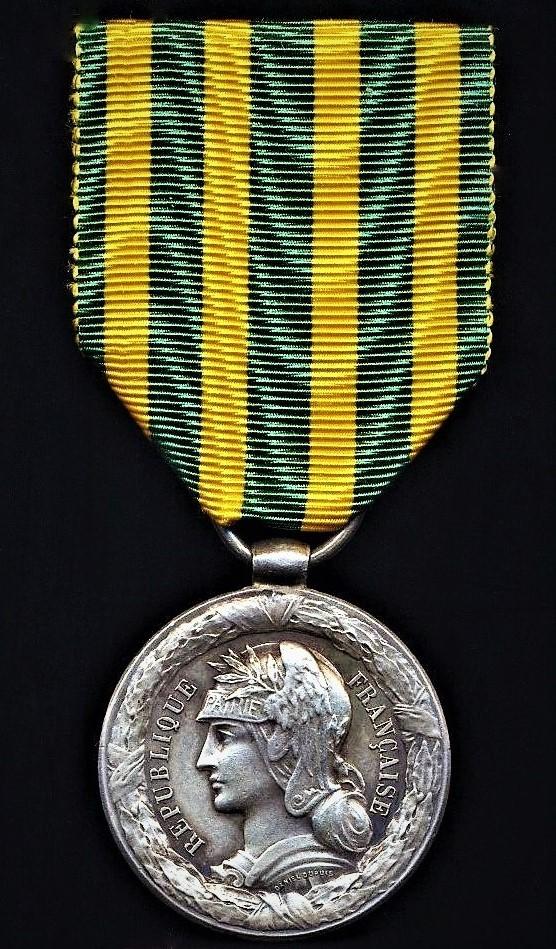 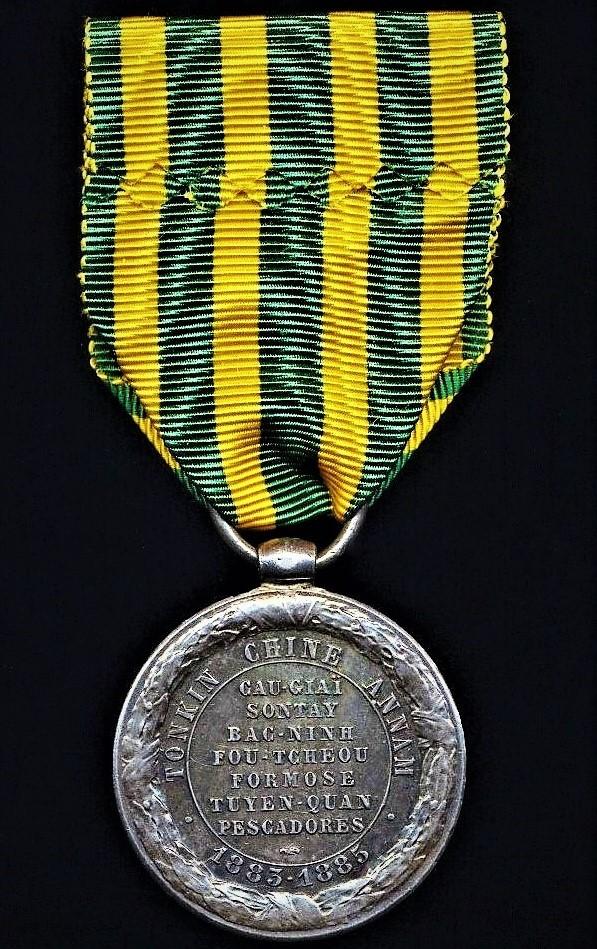 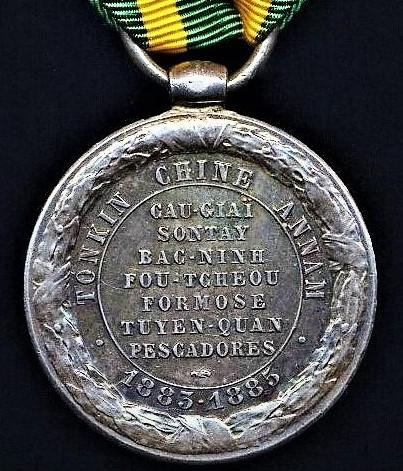 Instituted on 6 September 1885 in respect of campaign services between 1883-1895 in Annam Tonkin, and China (otherwise the area that became French Indochina and is now known as Vietnam)

The geographic scope - and the military expeditions - that this medal covers in 1883-1885 are considerable, including successful actions along the North China coast, and Formossa (Taiwan), as well as numerous actions in Tonkin, Annam and Cochin-chine (present day Vietnam)