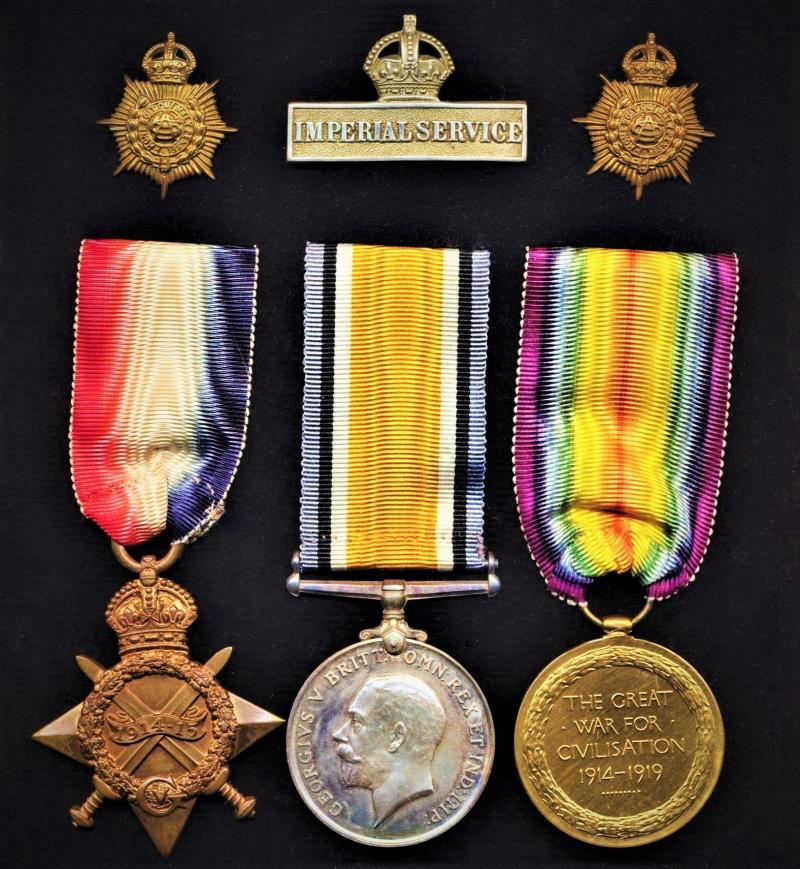 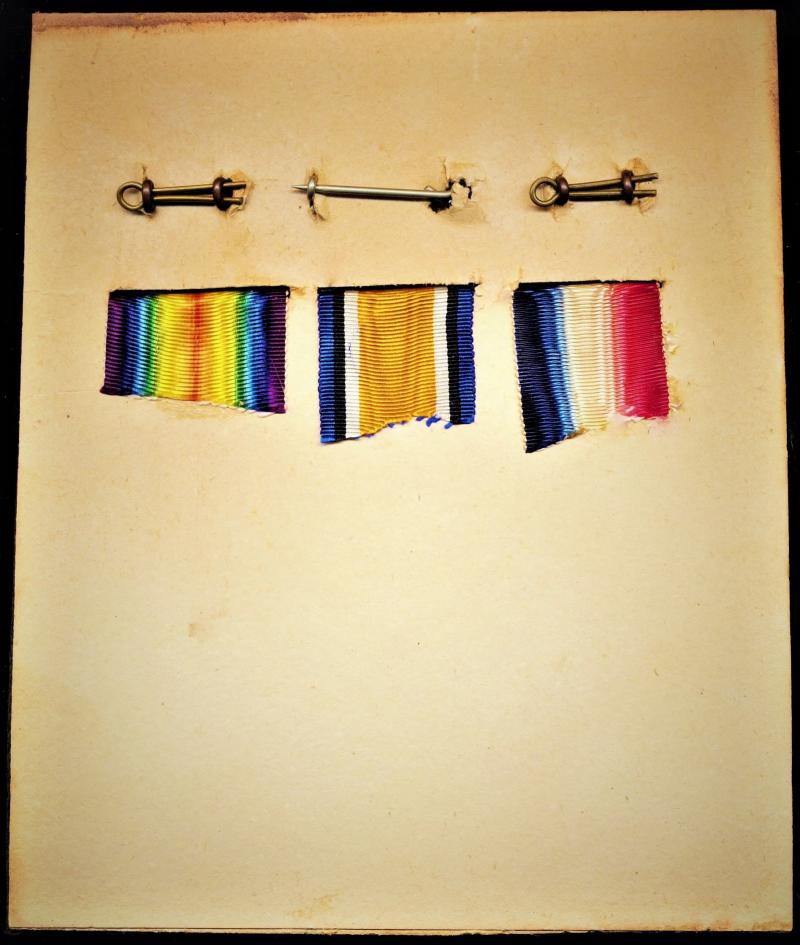 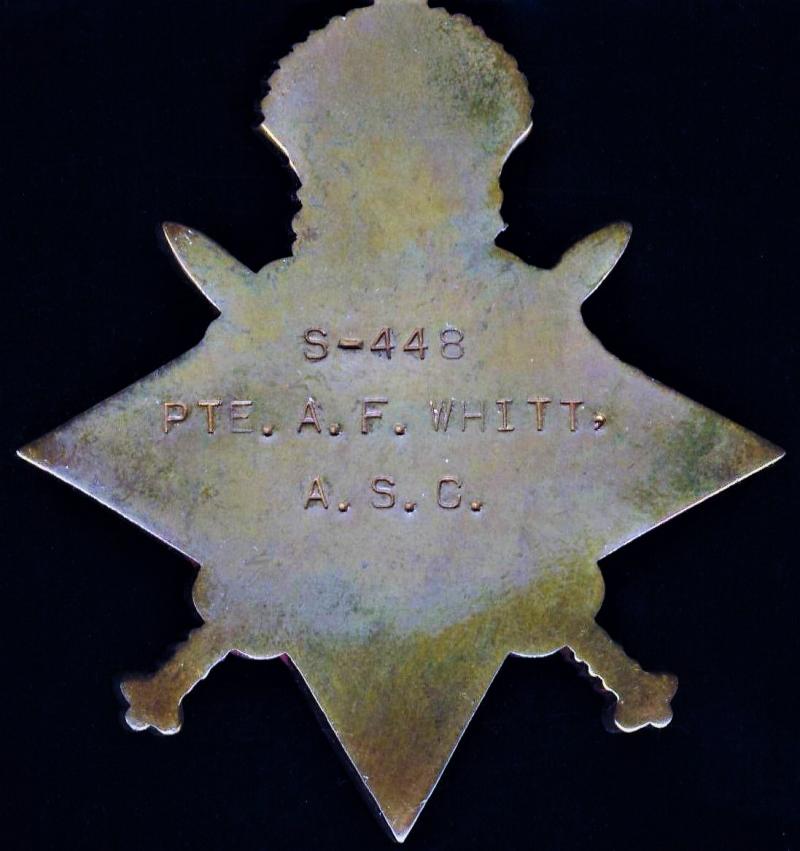 Note: The medals mounted on their long lengths of original silk moire ribands, which together with the insignia mounted on a contemporary flock board

Important: All of the campaign medals verified per the respective medal rolls:

Archibald Freeman Whitt, son of Frank Whitt (Lace Manufacturer) & Elizabeth Ann Whitt (nee Howard) was a native of, Beeston, Nottinghamshire, England, where he was born on 21 June 1895. The 1911 National Census for England & Wales records Archibald, employed as an Accounts Clerk, and residing with his family, comprising parents and 3 x sibling elder sisters (Mabel, Florence & Violet) , at, The Limes, Gedling, Nottinghamshire, England. Archibald was a pre-war member of the Territorial Force, having attested for the Territorial Force at Nottingham, England, on, 1 December 1913. On enlistment, Archibald was posted to the Notts & Derby Brigade Company Army Service Corps

Archibald served with the 'Supply Branch' of the Army Service Corps - the letter 'S' prefix in his regimental number denoting he was enrolled in the 'Supply Branch' of the A.S.C.. On 25 February 1915, Archibald embarked aboard the S.S. Blackwell for theatre of war 'France' where he disembarked at Le Havre, France, on 26 February 1915. In France he served with 4th Company North Midland Divisional Train, Army Service Corps (Territorial Force) - subsequently serving under under higher formation 46th (North Midland) Division of the British Army. Archibald served with the British Expeditionary Force overseas n France & Flanders through to 28 February 1919. He was disembodied from service with the British Army on 24 May 1919

After taking his discharge form the British Army, Archibald returned to his civilian career and in the post-war years passed his professional qualifications to become a 'Chartered Accountant'. In 1923, he married Dulcie Robert Plamer, at Nottingham. Archibald Freeman Whitt, is recorded as having died in Nottingham, England, on, 13 January 1949
The recipients service papers are extant and accessible at The National Archives

The medals toned and the grouping of splendid appearance