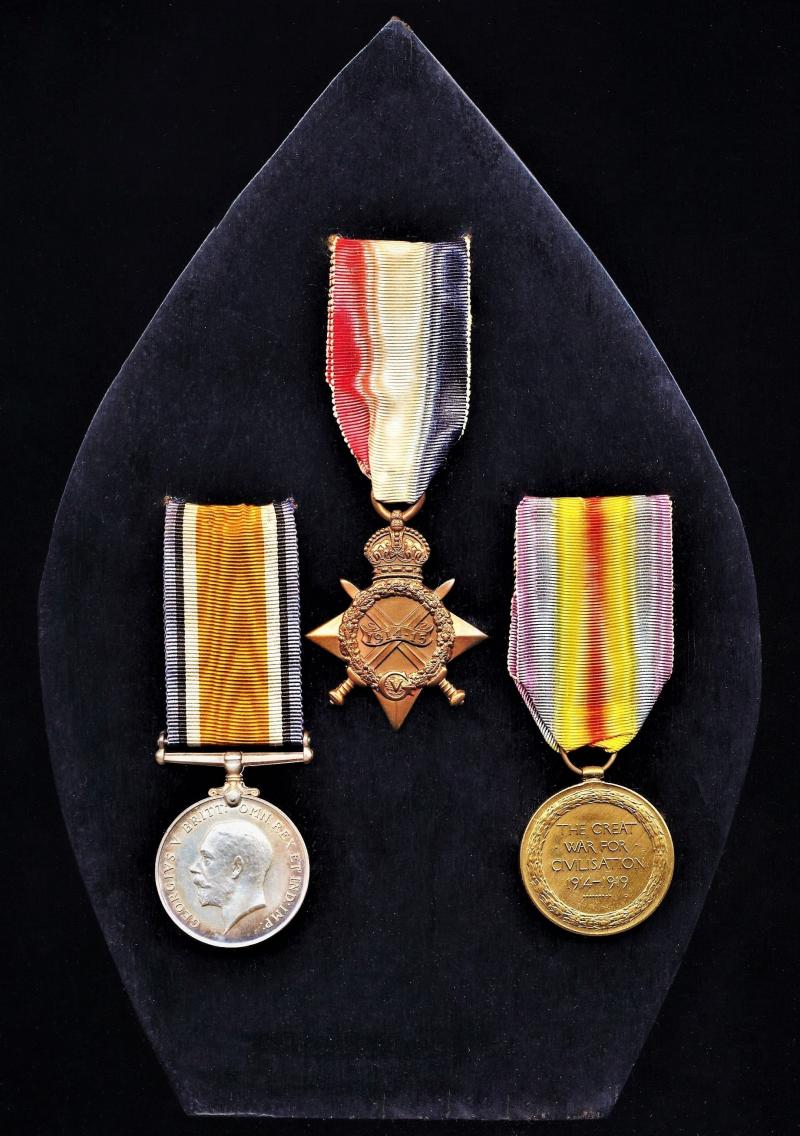 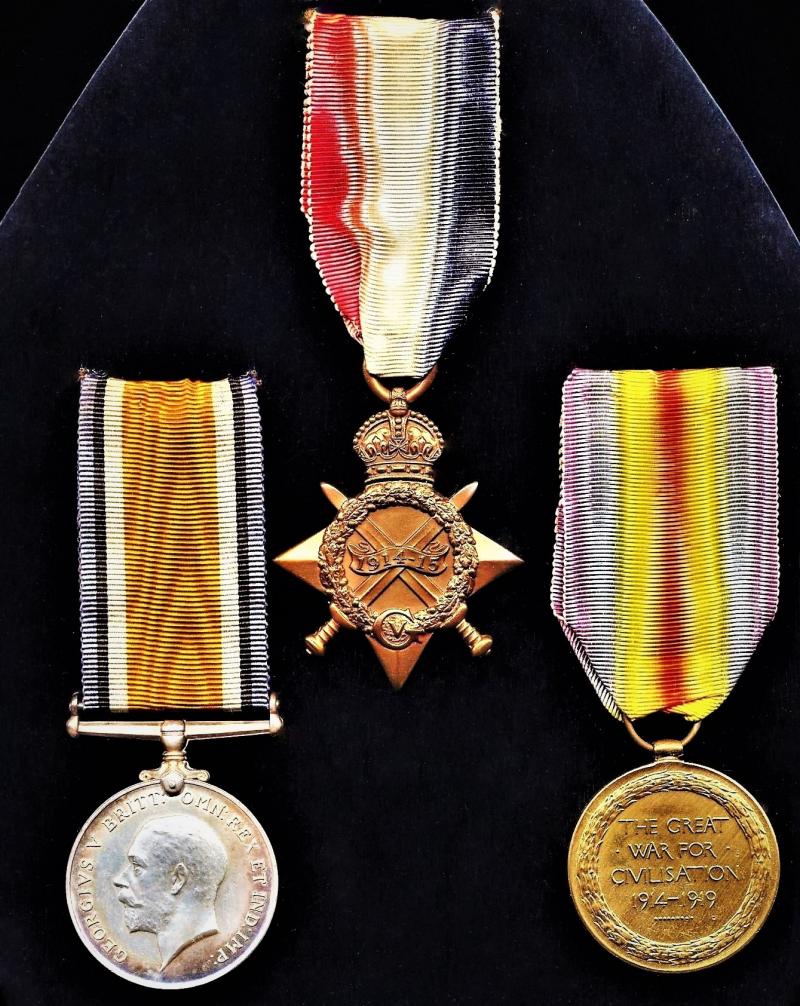 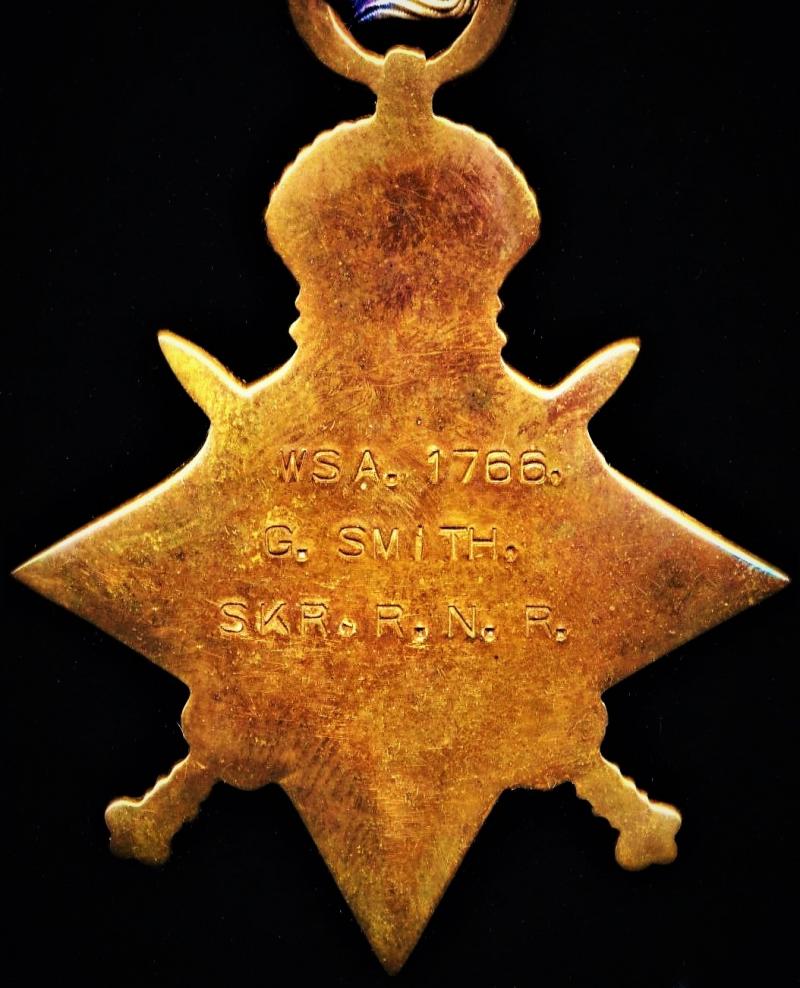 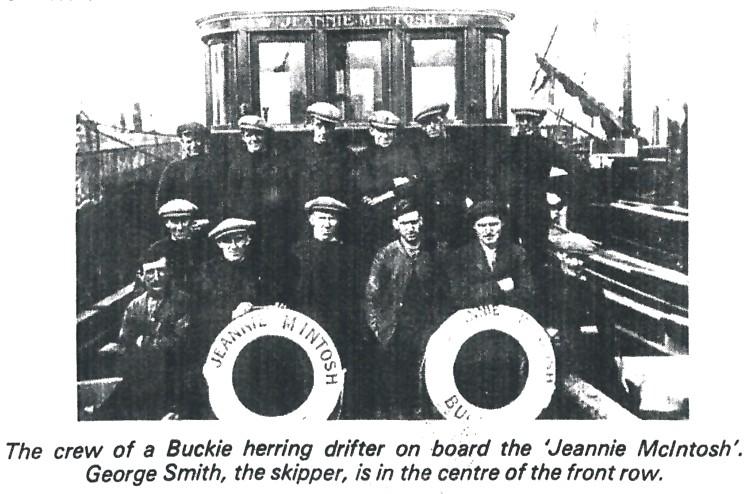 Note: Recipient reported to have been present at Dunkirk as a civilian serving with the 'Small Boat's' during which service the 'Jeannie McIntosh' (that George had been part owner and long running 'Skipper') was damaged, and subsequently scuttled on its return to England

George McIntosh Smith, son of Alexander Smith and Jeannie Smith (nee McIntosh) was a native of, Portessie, Buckie, Banffshire, Scotland, where he was born on, 4 June 1890. During the Great War, 1915-1918, George was a temporary Skipper serving with the Royal Naval Reserve. During the period of hostilities, George was the 'Skipper' in command of the 'Stately' a Banff registered drifter, that had been built in 1904 with Banff registration number 'BF 1553'. The Stately' was hired by the Admiralty in 1915, and armed with 1 x 6 Pounder AA (Anti Aircraft) gun. The 'Stately' was deployed as a 'Net Vessel' which vessels were used in port boom protection & to maintain and patrol anti-submarine nets. During the inter-war years, George was a part-owner and long serving skipper of the 'Jeannie McIntosh'. The Ancestry Genealogy website has an identified group photograph of 'Skipper' George Smith together with the crew of the 'Jeannie McIntosh'. During 'Operation Dynamo' the 'Jeannie McIntosh' under Skipper Nicholson, was present as one of the 'Small Boat's' at Dunkirk - a descendent of George Smith has reported that George was also present as a civilian volunteer at Dunkirk during 'Operation Dynamo' - presumably as a crew member of the 'Jeannie McIntosh'?. George McIntosh Smith died at Buckie, Banffshire, Scotland, on, 14 February 1982. A family tree hosted on the Ancestry genealogical website has a newspaper articile pertaining to the recipient that we are quoting below:

Senior elder of Rathven Parish Church, Mr Smith got a pleasant surprise yesterday when the minister, the Rev Thomas. S. Howiseon and session clerk Mr James Garden, called at his home and presented him with a Bible from his fellow elders.

Mrs Smith (71), belongs to Findochty. The couple have a son, two daughters and five grandchildren

The recipients Royal Naval Reserve service papers for the Great War period, are held and are accessible at The National Archives

Note: The medals mounted for display suspended from their original long lengths of silk moire riband in a customised mahogany glazed frame, of unusual 'tear drop' design (and possibly a traditional period 'silhouette ship design?). The handsome frame will only be sent at 'Buyers Risk' within the United Kingdom, and postage is quoted accordingly basis the size and special packaging required. International clients are of course welcome to buy the medals - but without the frame