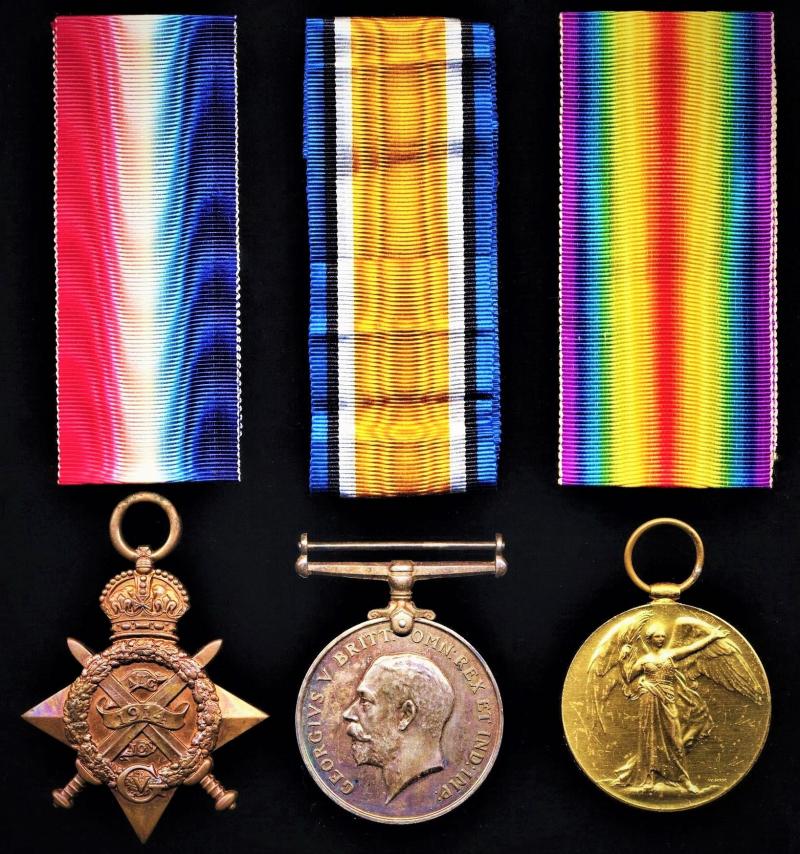 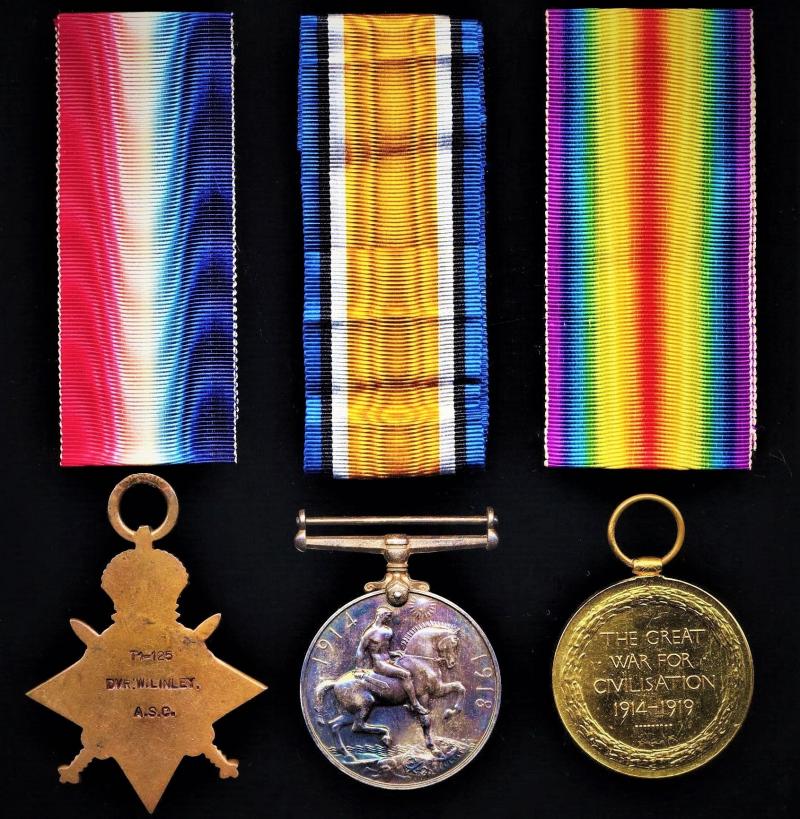 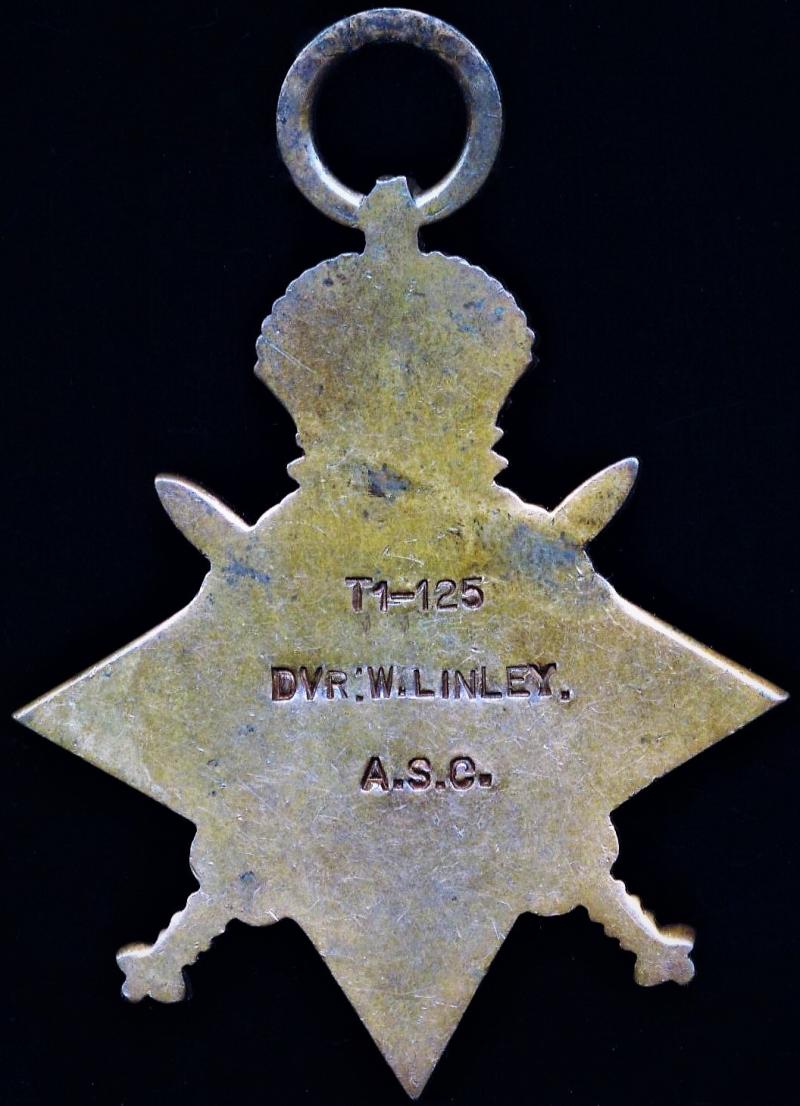 Sadly, William's death & sacrifice has been overlooked by the national authorities, his details not included in 'Soldiers Died' or, recorded by the Commonwealth War Grave Commission

Important: All of the campaign medals verified per the respective medal rolls:

Note: The medals each retaining their original long lengths of silk moire riband

William Linley, son of Samuel Linley (Cab Driver) & Mary Linley (nee O'Brien) was a native of, Ecclesall, Sheffield, Yorkshire, England. William was born circa 1883 (he was baptized in Sheffield on 4 February 1885). The 1901 National Census for England & Wales records William, as a Groom, living with his mother (Head of House), and 2 x elder sibling brothers (Samuel Linley & Percy Linley) the 3 x brothers all described as employed as 'Grooms', and living at, 14 Agnes Square, Ecclesall, Sheffield, England

William, variously described as, Groom / Cab Driver, rallied to his country's cause, when he enlisted in the British Army at Sheffield on, 21 August 1914. On enlistment, William was posted to the Army Service Corps - to serve with the 'Transport Branch' of the corps. Just under 3 x months later, Private Linley was serving overseas on active service in France, which theatre of war he had entered on 6 November 1914. In France, William served with 2nd Advanced Horse Transport Depot, Army Service Corps. William served in France, continuously, through to 23 March 1917. On 7 November 1917, and only after a period of unsuccessful treatments & operations for the disease, 'Tuberculosis' or TB, at military hospitals in the United Kingdom, William Linley was discharged from the British Army, after being described as "No longer physically fir for war service". Specifically the report of the Medical Board made on 17 November 1917, clearly stated that the disease only originated with William Linley in January 1917, during his service in France, and that it was the "Result of service during present war, exposure to weather and hardships of active service. Permanent. Incapacity 100%". In light of the written medical records in the recipients extant service papers, there is no doubt, that William Linley, was a fatal casualty of the Great War!

William died in Sheffield, England, on 5 January 1918, from the disease he had contracted during his several years service with the British Expeditionary Force in France & Flanders, 1914-1917. His death falling less then 2 x months after having been medically discharged from the British Army. William was subsequently buried in the Sheffield General Cemetery

The recipients service papers are extant and accessible at The National Archives
ost worthy research project, for anyone wishing to lobby the Commonwealth War Graves Commission, to have this soldier nationally commemorated as a fatal casualty of the Great War