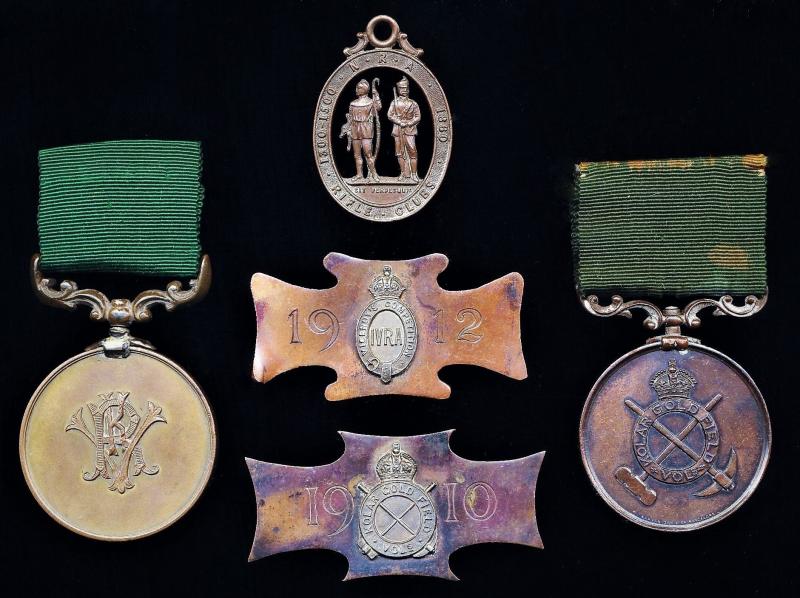 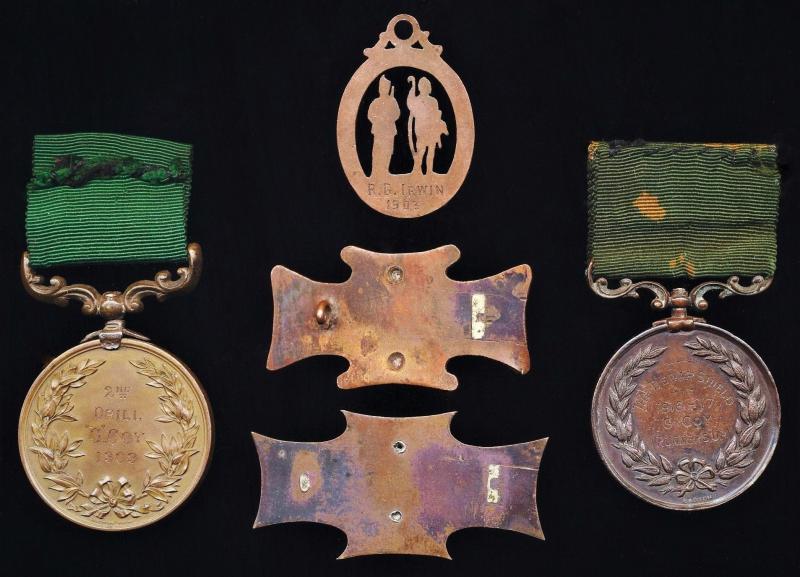 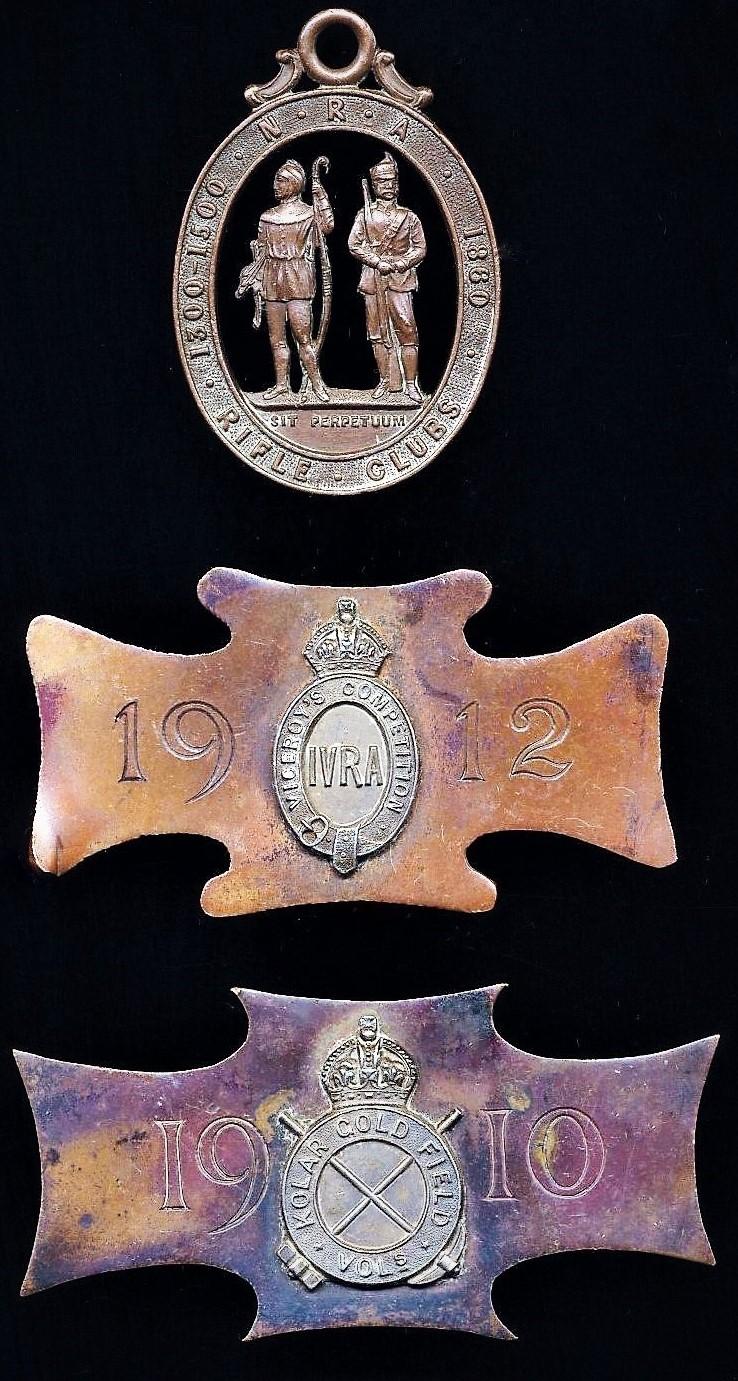 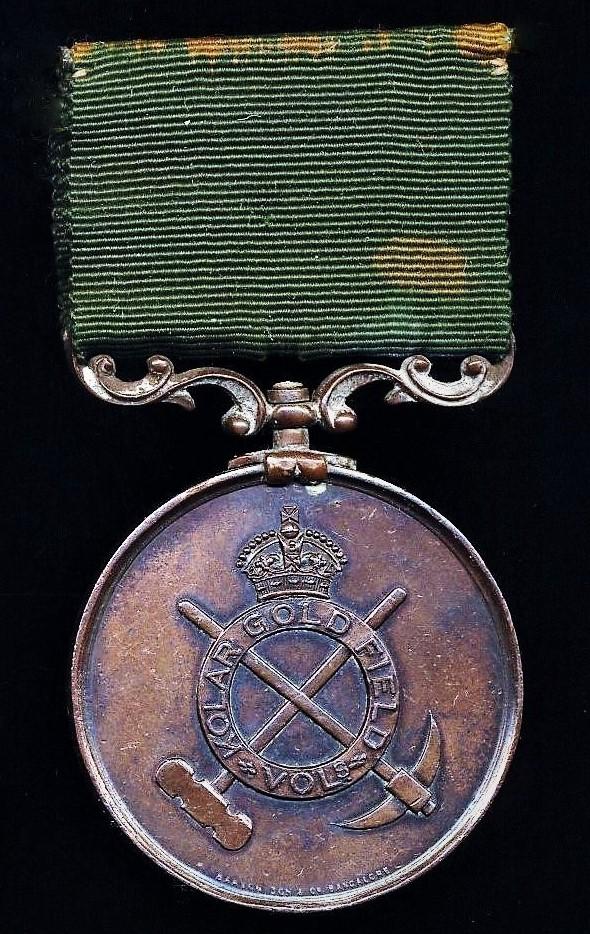 Robert Greenop Irwin, son of Robert Irwin (Engine Driver) and Elizabeth Ann Irwin (nee Meredith), was a native of, Millom, Cumberland, England, where he was born in 1875. Robert married Jessie Brown at, Bootle, Cumberland, England sometime during the 4th quarter of 1898. The 1901 National Census for England & Wales described Robert as an 'Iron Ore Miner', residing with his wife Jessie, and step-daughter (Jessie Burn), at, 42 Oxford Street, Millom, Bootle, Cumberland. By 1903, Robert had accepted an appointment in Mysore State, India, where he worked as a Mining Engineer / Mining Agent on the Kolar Gold Field. A keen local volunteer, Robert served in the Kolar Gold Field Volunteers Battalion circa 1903-1916, in which unit he held the rank of Sergeant serving in "G" Company. During his service with the Kolar Gold Field Battalion, he was a regular 'Best Shot' taking part in regimental, national and international rifle competitions, for which he received numerous awards, that was awarded to him sometime between (1910-1916). He was awarded a Volunteer Force Long Service Medal per India Army Order No. 298 of 1912 (indicating inclusion of prior aggregated military or volunteer service in the United Kingdom). Robert Greenop Irwin, is recorded as having died on the Kolar Gold Feld on 19 April 1928. At the time of his death he was a Mining Agent, late of the, Nundydroog Mine, Oorgaum, Kolar Gold Field, India