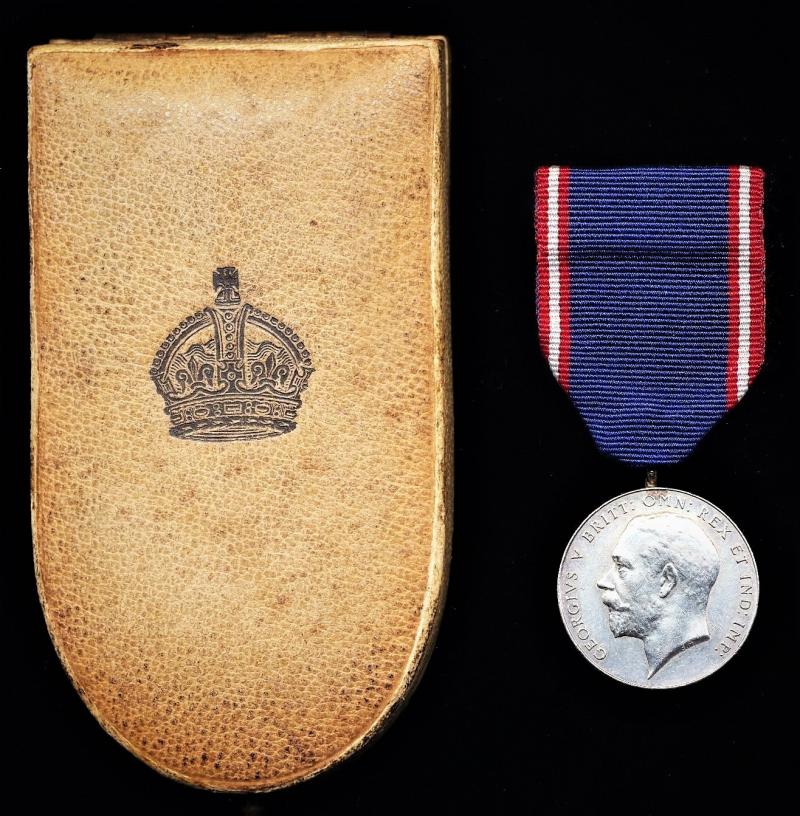 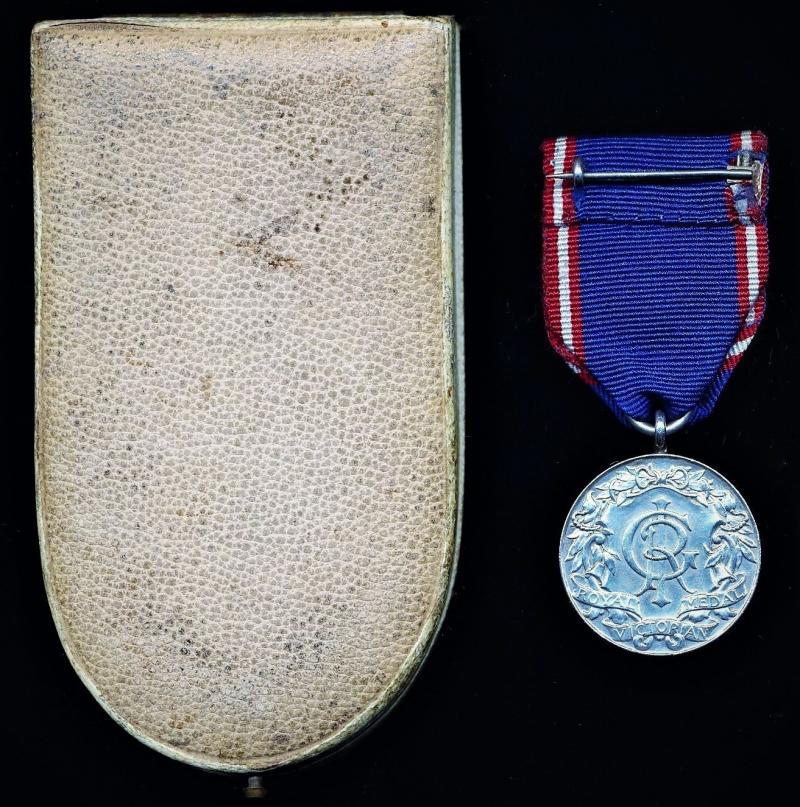 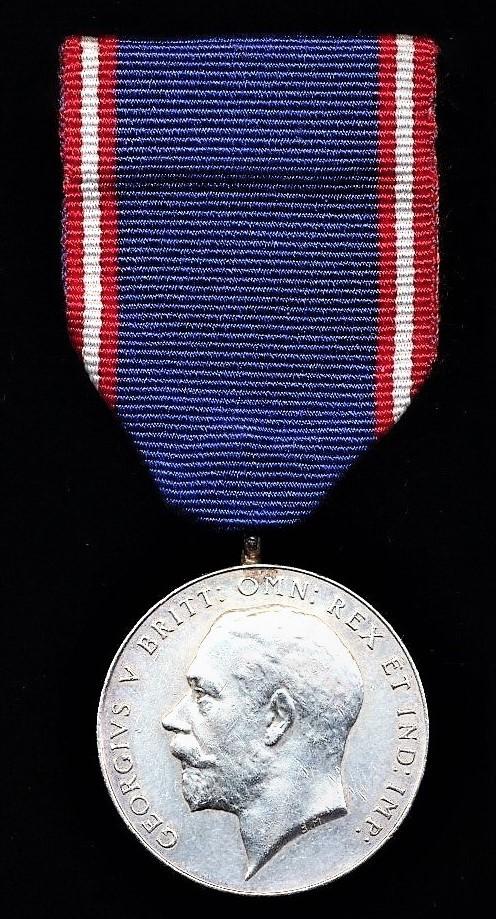 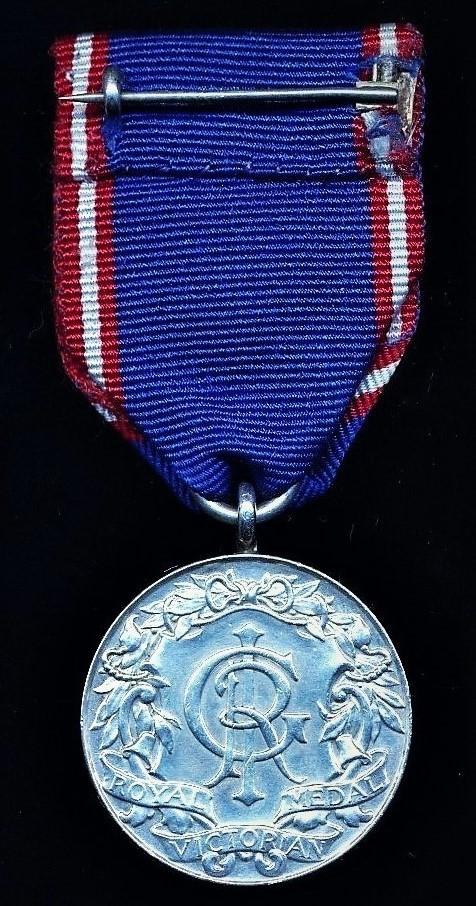 Important: The medal confirmed awarded on 4 February 1912, in respect his services aboard as Petty Officer Telegraphist aboard H.M. Royal Yacht Medina, during H.M. King George V and Queen Mary’s state visit to India for the 'Delhi Durbar'

The medal fitted with its original silk riband and mounting brooch, this latter retaining the hinged pin and clasp fittings as issued

Ernest Joseph Clare was a native of London, England, where he was born on, 7 April 1885. Ernest joined the Navy as a Boy 2nd Class on 6 August 1901, aged 16 years 3 months, a porter by trade. He was advanced to Boy 1st Class in August 1902 and to Ordinary Seaman on his 18th birthday in 1903, when he signed for a continuous service engagement of 12 years. He was advanced to Able Seaman in July 1904 whilst serving in Aurora, but in October 1907 he was re-categorised to Telegraphist, advancing to Leading Telegraphist in June 1908. He joined Medina on her requisition as a Royal Yacht on 10 October 1911, and was promoted to Petty Officer Telegraphist three days later. He remained in Medina throughout her voyage to and from India for the Delhi Durbar, leaving her on 15 February 1912 - he did not however proceed to Delhi itself, and hence was not awarded the 1911 issue Delhi Durbar Medal - for his services during the visit to India he was awarded the Royal Victorian Medal in silver. He subsequently served in H.M.S. Fox in the Persian Gulf (Medal and clasp ref ADM) and his further service during the Great War entitled him to the 1914-15 Star trio (ref ADM). He retired at his own request on 6 October 1925, but was recalled for service in June 1939, serving subsequently in the Orkneys, based at Pyramus, until finally invalided on 14 May 1940. He died on 8 December 1950