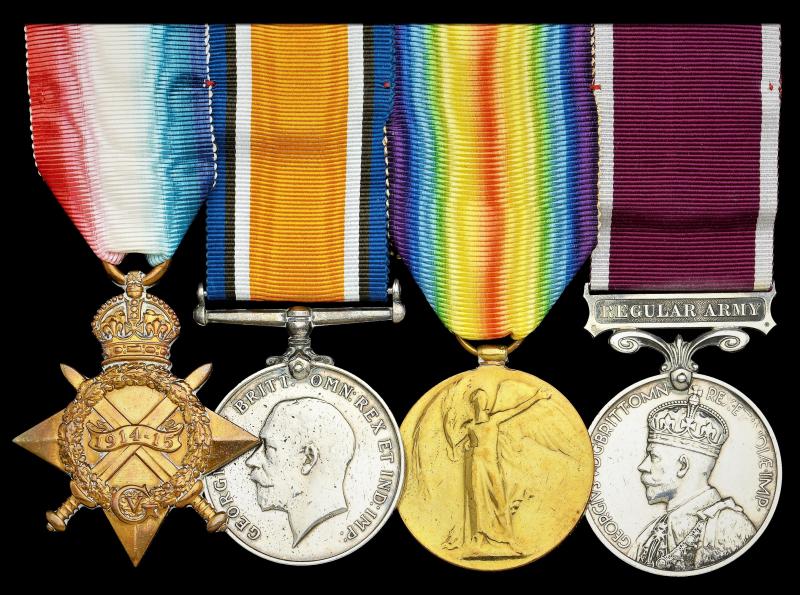 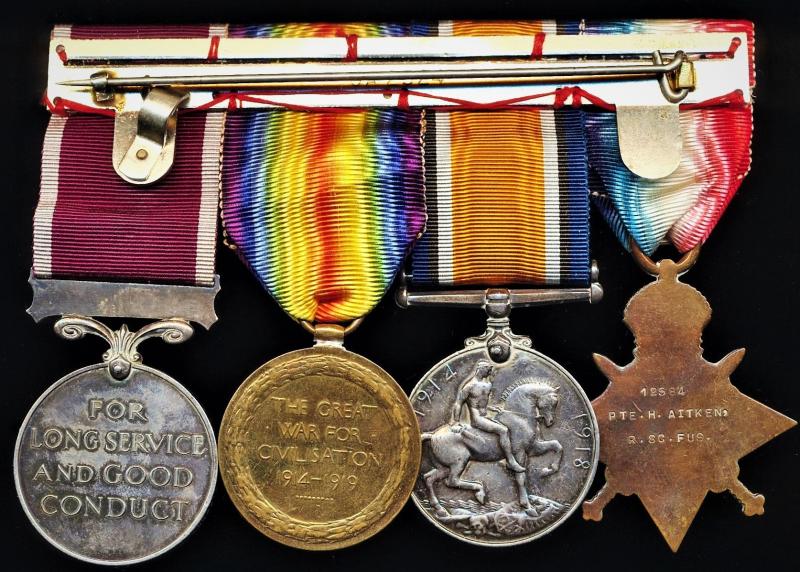 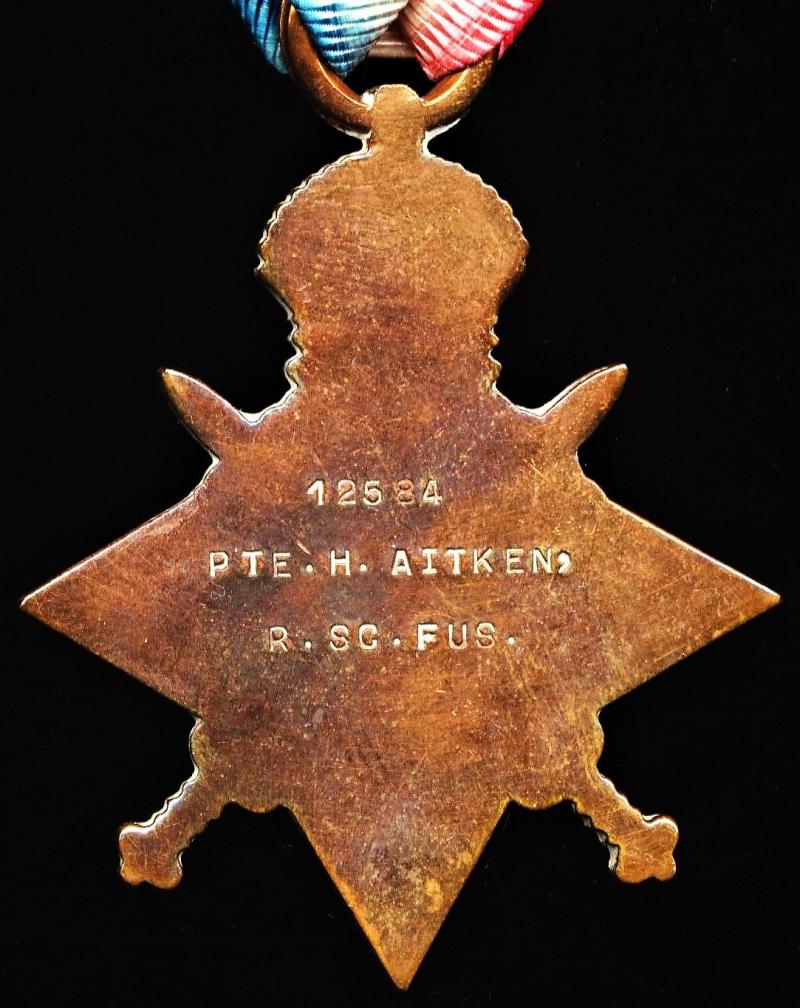 Medal Verification: All campaign medals verified as entitled & issued per the respective Great War medal rolls of the Royal Scots Fusiliers as under:

The medals mounted as-worn by the recipient in the swing-style, suspended from their silk ribands. The reverse of the mounting brooch retaining the original long hinged pin and clasp fittings