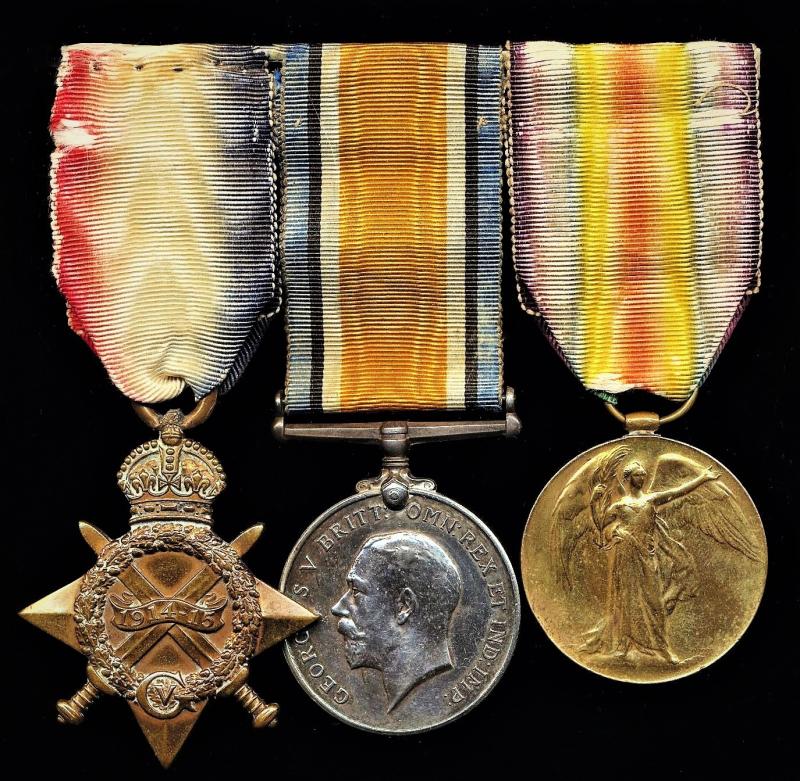 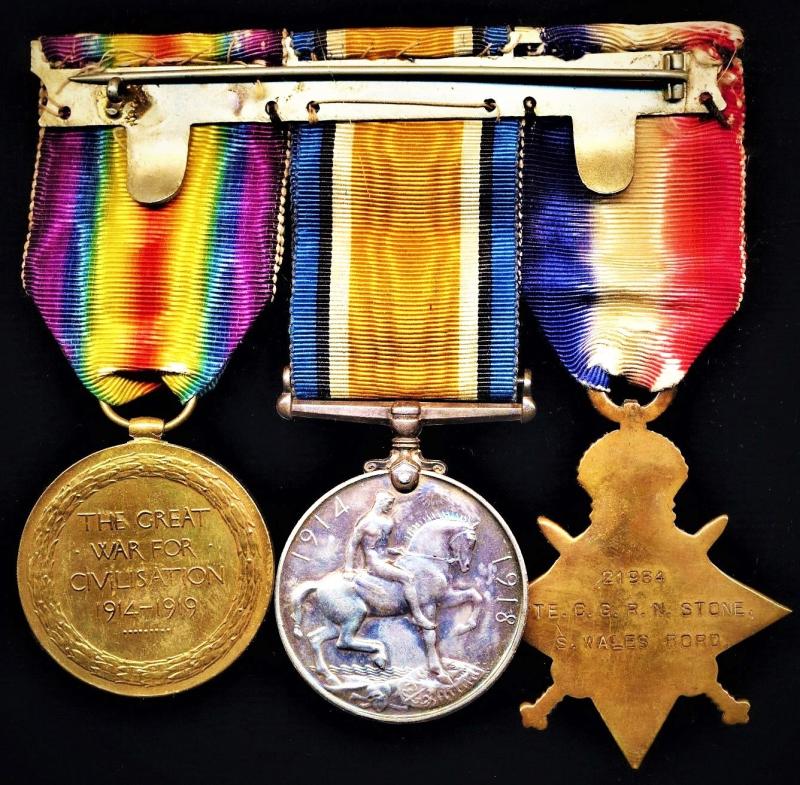 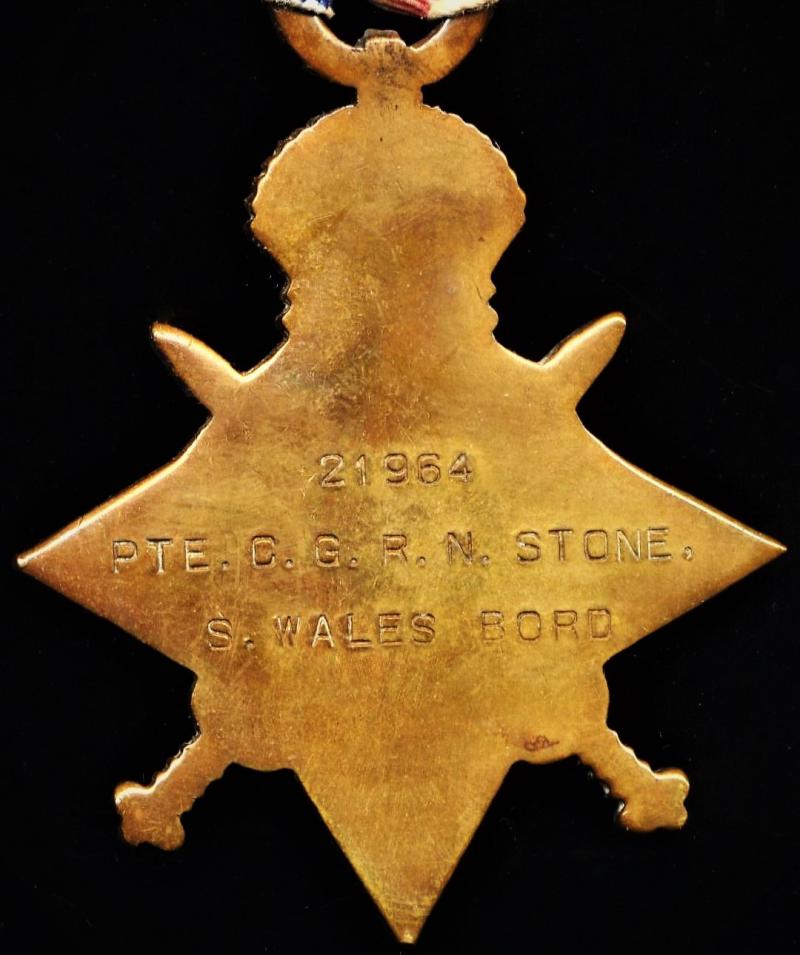 Medals Verification: All medals verified as entitled & issued per the respective Great War medal rolls of the South Wales Borderers as under:

Cyril George Ralph Norman Stone was born in Sussex in 1890 and worked for the Great Western Railways from 1908. He left without notice in March 1915 in order to join the South Wales Borderers, serving with the 11th Battalion in France from 3 December 1915. Subsequently served with 5th Battalion South Wales Borderers, 16th Battalion Royal Welch Fusiliers (regimental number 70578) & lastly with the Oxfordshire and Buckinghamshire Light Infantry (regimental number). He returned to the Railways in May 1919

The medals mounted as-worn by the recipient in the swing-style, suspended from their original, now faded & slightly frayed silk moire ribands. The reverse of the mounting brooch retaining the original long hinged pin and clasp fittings