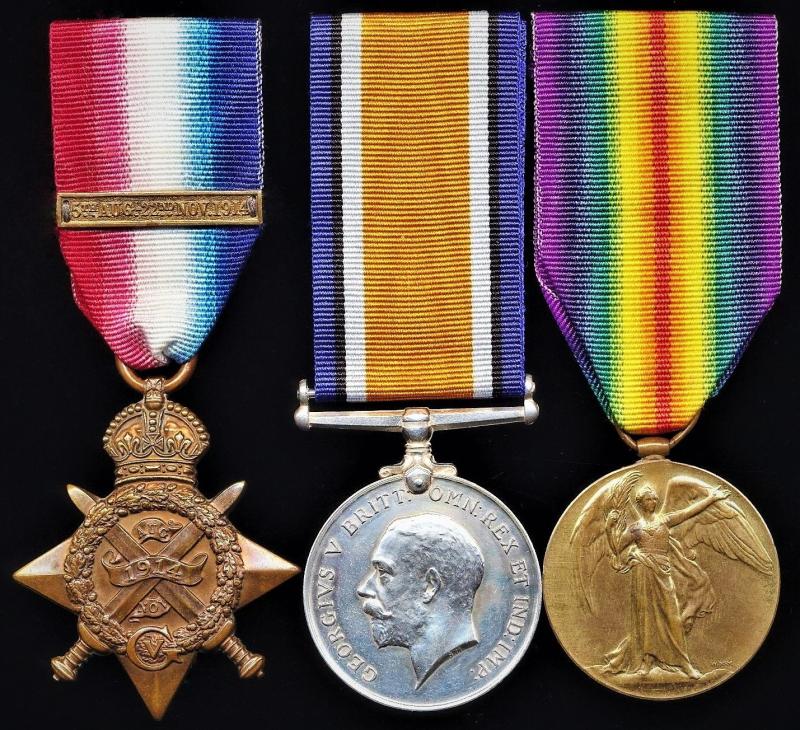 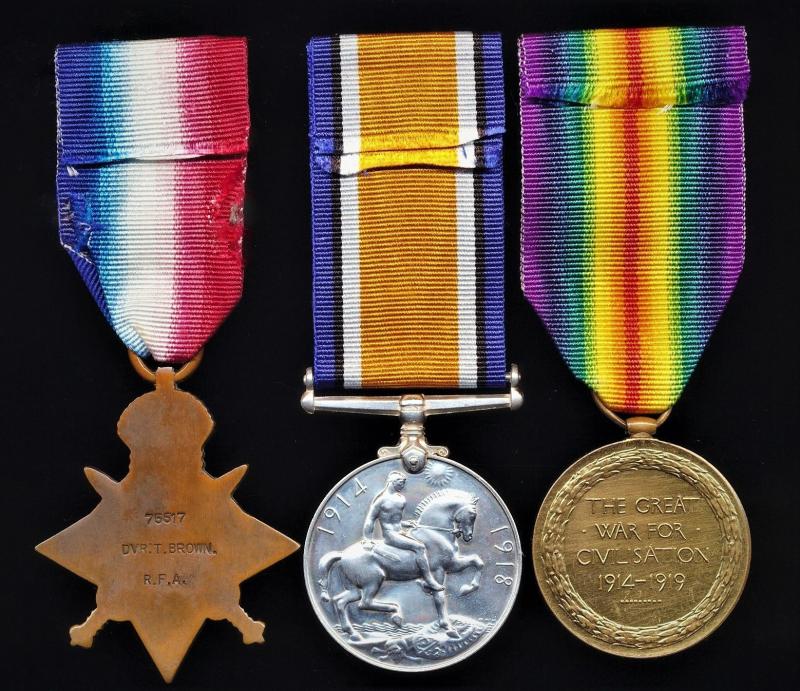 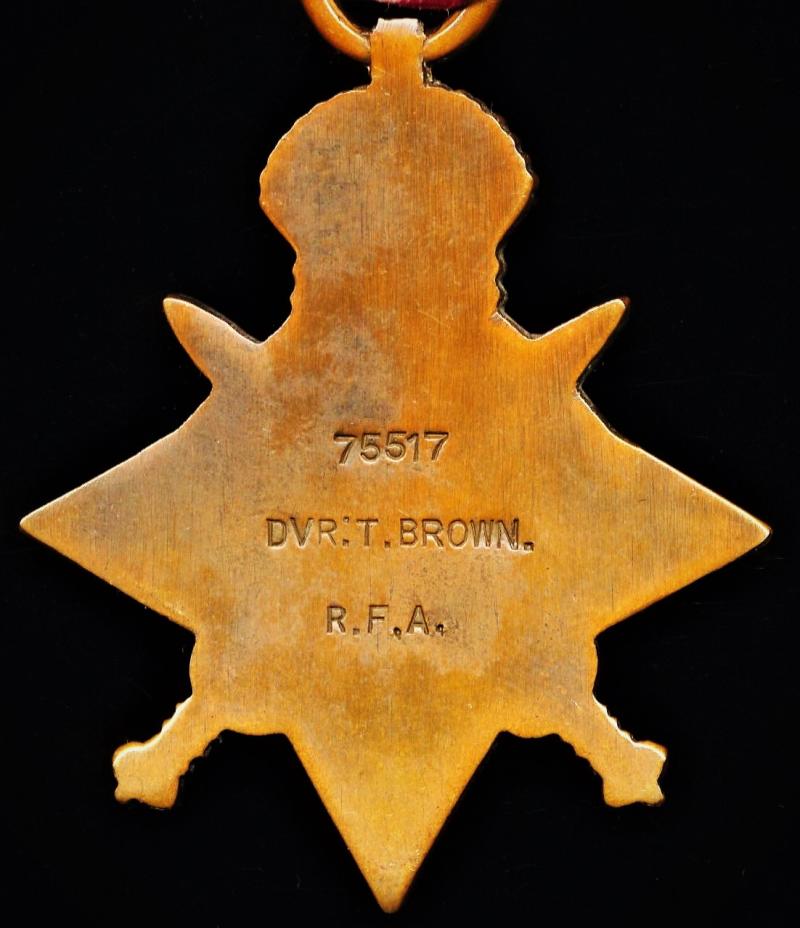 Medal Verification: All medals & clasp verified per the respective Great War medal rolls of the Royal Artillery as under:

Mons: For the British Army - and the recipient Driver Thomas Brown - the Battle of Mons fought on the 23rd August 1914, was the first major action of the Great War. 30th (Howitzer) Brigade Royal Field Artillery was formed in 1914, from the 128th, 129th & 130th (Howitzer) Batteries, and after mobilization was attached to 3rd Infantry Division, British Expeditionary Force, or B.E.F.. Each of the batteries was equipped with 4.5 inch howitzers. On 18 August 1914, the 30th Brigade was embarked at Southampton aboard the S.S. 'Colleen Bawn', and entered theatre of war 'France' on, 19 August 1914, when the brigade disembarked at, Le Havre, France. On disembarkation the brigade was entrained for the Belgian front. On the morning of 23 August 1914, the brigade came into contact with advancing enemy forces, about 1 and a half miles outside the Belgian town of Mons. At 15.45 Hours on the same day the , 130th Battery led the brigade into action when their guns were the first of the brigade to get their guns into action