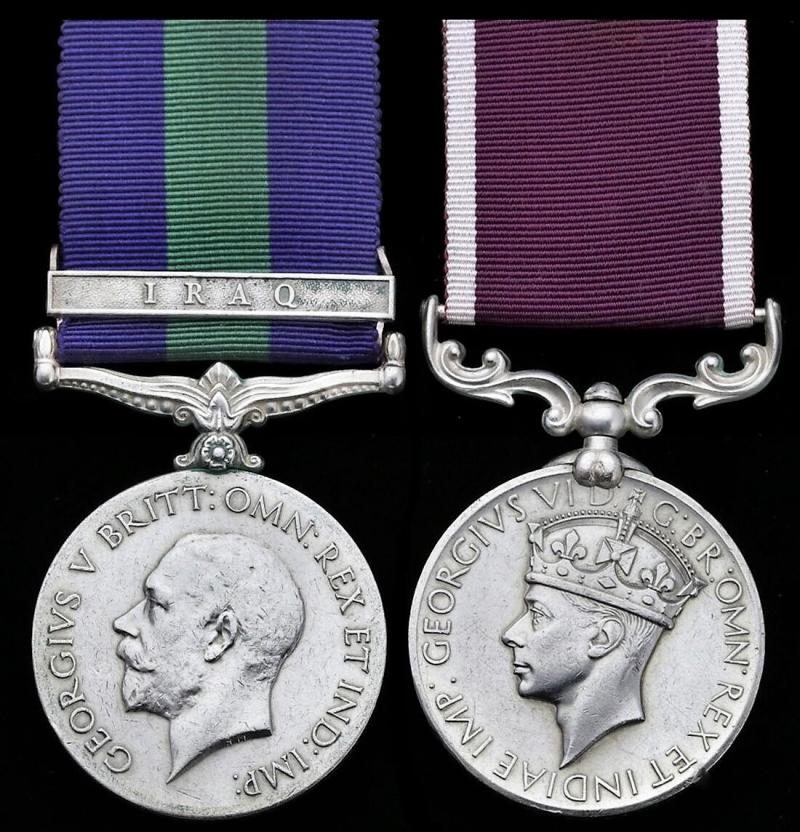 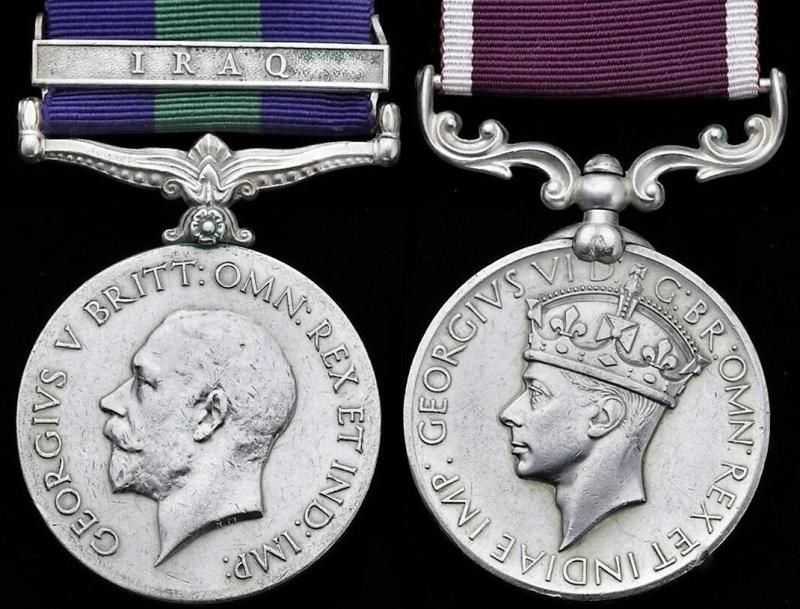 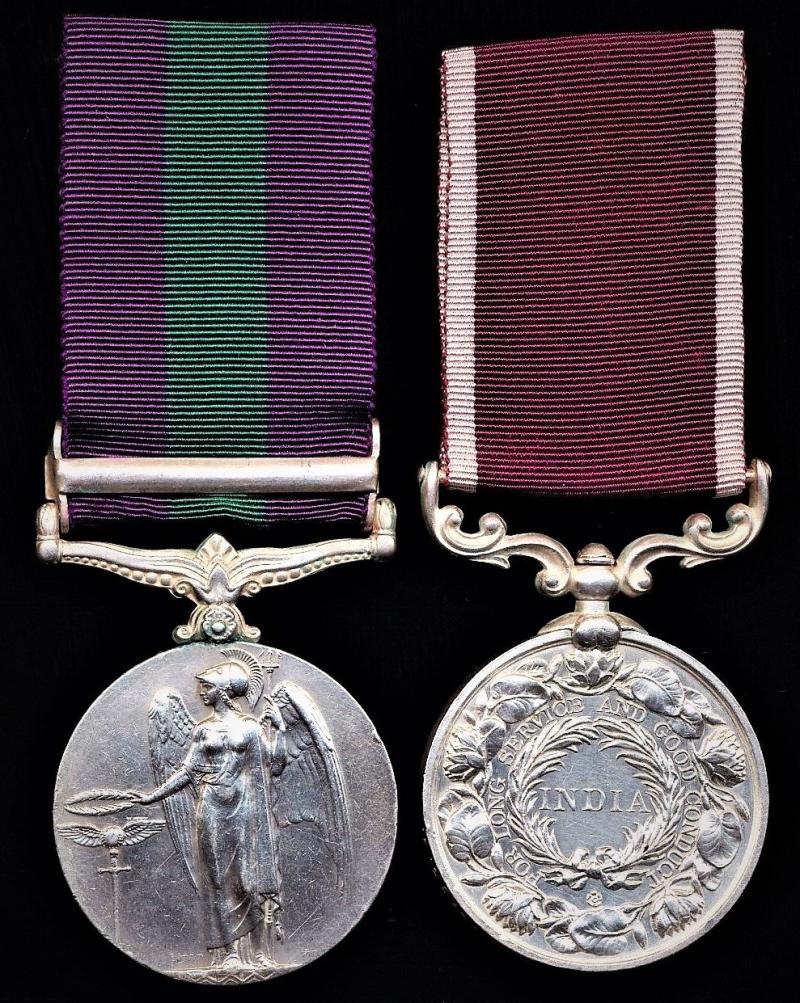 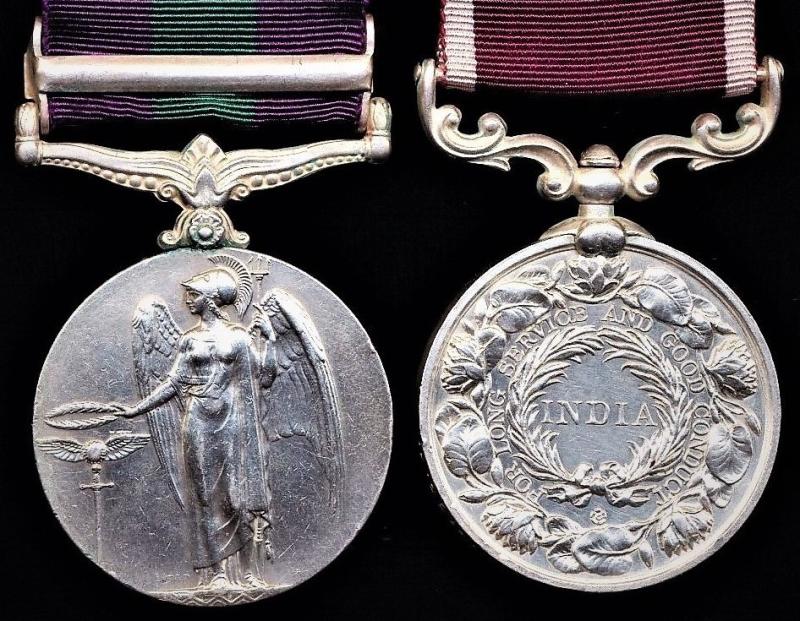 Medal Verification: The award of the GSM 1918 with clasp 'Iraq' confirmed per the respective campaign medal roll of 1st Battalion 10th Gurkha Rifles (ref WO 100/G28/438) that was compiled and signed at, Quetta Cantonment, Baluchistan, British India (now in Pakistan) on 29 March 1924. The award of the IALSGC to, Makardhoj Limbu, for 20 years service was sanctioned prior to 1 January 1940 (FYI: we have checked IA Orders after this date), and is almost certainly an award issued circa 1938-1939

The recipient was a Nepalese soldier of Gurkha ethnicity from the region of Eastern Nepal, who was held the rank of 'Rifleman' over a period of 20 years service with 1st Battalion 10th Gurkha Rifles, an infantry unit of the British Indian Army

In the period that Makardhoj Limbu was recruited and trained, he would have been inducted at the Regimental Depot of 1/10 GR, located at Maymo, Burma, where he would have received a thorough 6 x months training before being sent in a draft to join his battalion in Mesopotamia (Iraq), sometime in 1919. In 1919-1921, 1/10 GR served as part of the 'Army of Occupation' in Mesopotamia. 1/10 GR - but not all personnel - qualified for both the 'Kurdistan' & 'Iraq' clasps, to the General Service Medal 1918, but as Makardhoj was not entitled to the earlier 'Kurdistan' clasp, his qualifying service for the GSM with single clasp 'Iraq' was exclusively for active service during the later Arab Rebellion, the qualifying dates being 10 December 1919-17 November 1920. The GSM medal roll for 1/10 GR shows that an estimated 783 x GSM medals were issued to, Officers & All-ranks, British & Gurkha, of 1/10 GR, of which 596 x medals had both 'Kurdistan' & 'Iraq' clasps, 33 x medals had only the single clasp 'Kurdistan' & an estimated 154 x medals had the single clasp 'Iraq'.