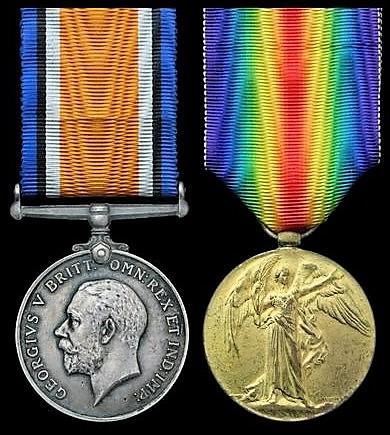 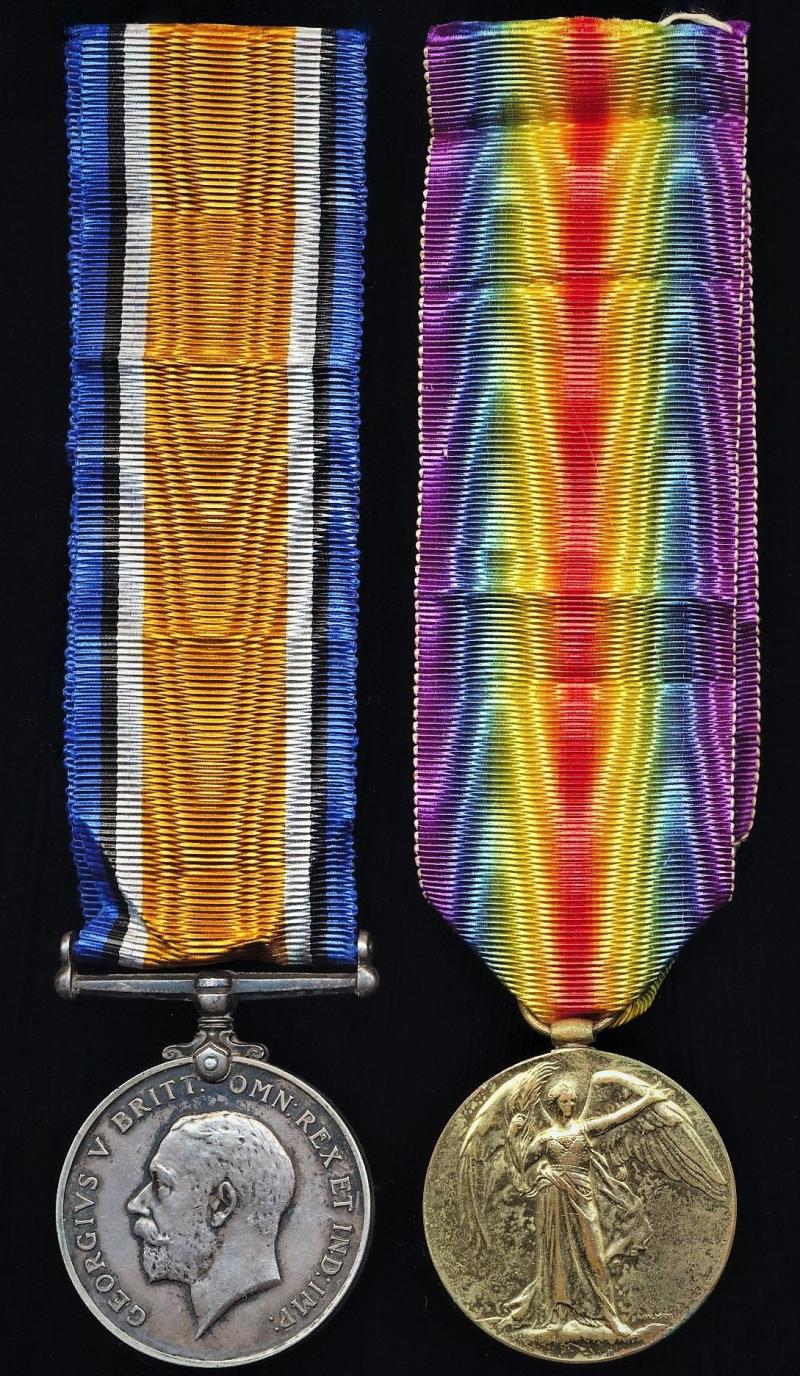 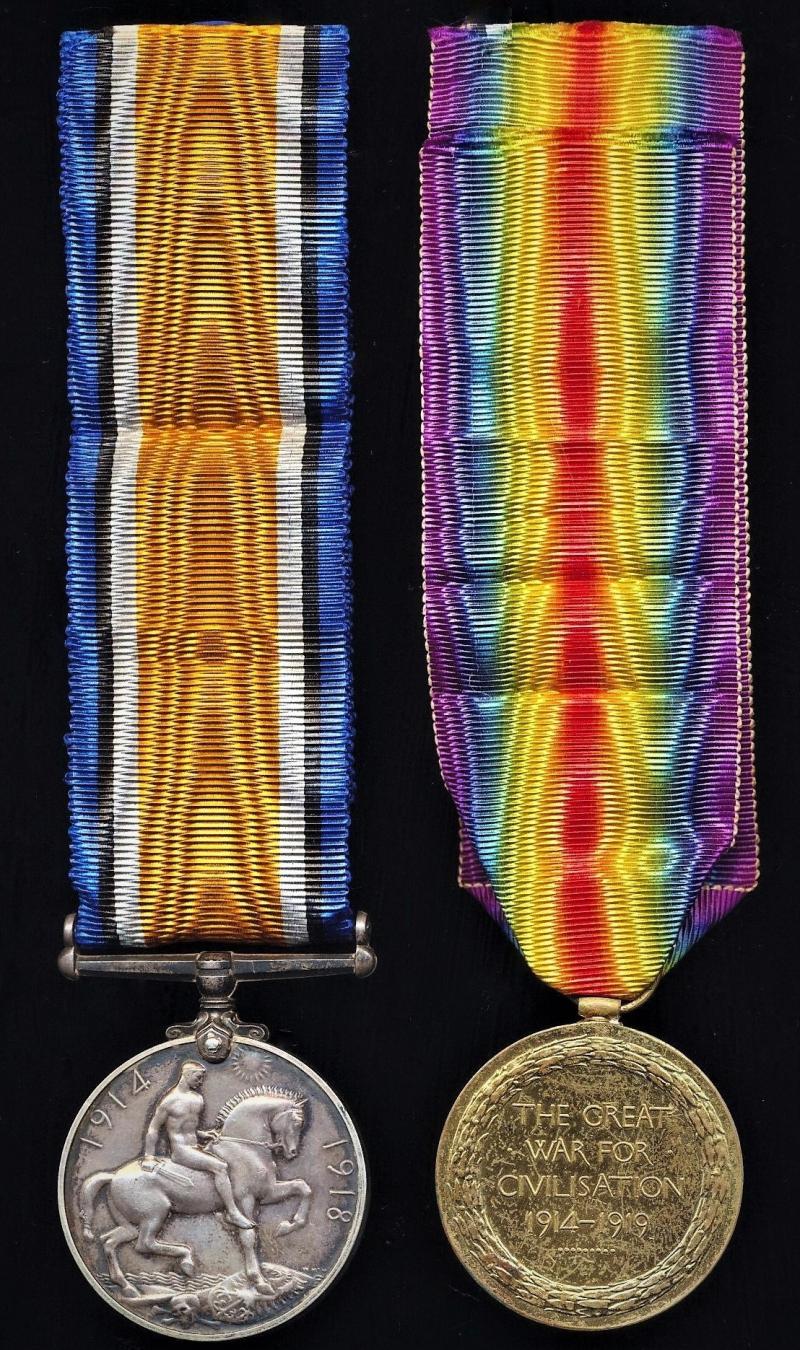 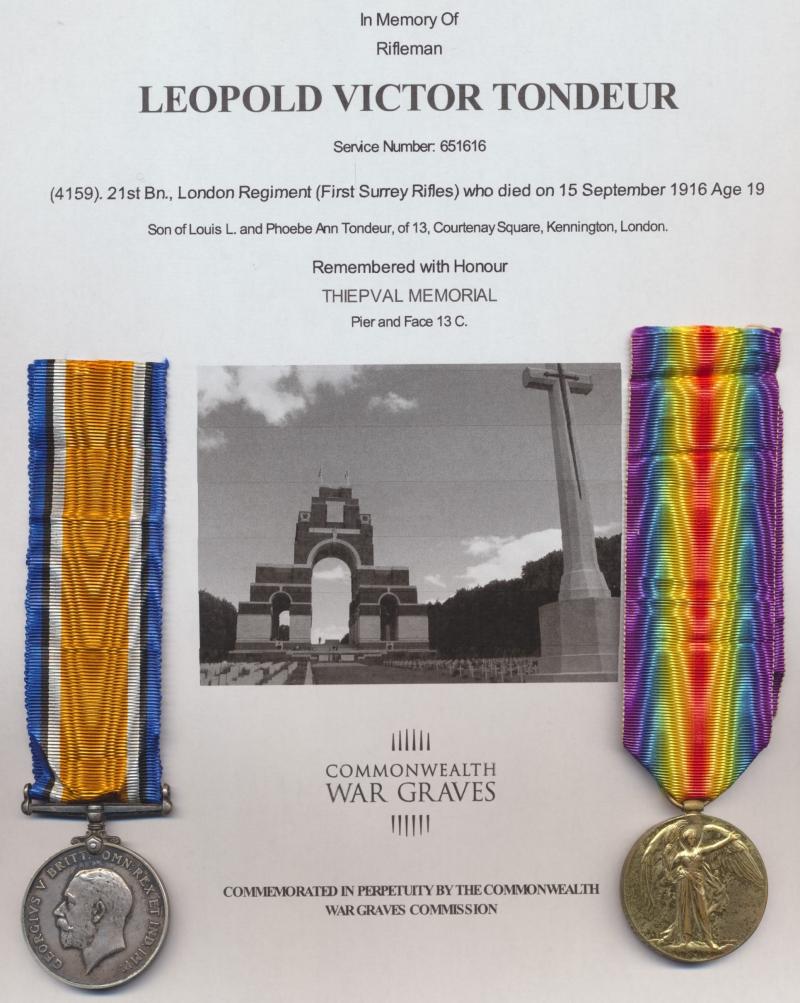 Note: BWM only with official corrections to naming - and exactly as issued

Medals Verification: Both medals confirmed as the recipients full medal entitlement for the Great War, per the respective medal roll of 21st London Regiment (ref WO 329/1943), wherein both of the recipients regimental numbers are shown, viz No 4149 which was the first number issued, and secondly 651616, this last being the number he had been allocated and was using at the time of being killed

Leopold Victor 'Frank' Tondeur, son of Louis Tondeur (a 'Gas Stoker' & Phoebe Ann Hughes Tondeur (nee Bray) was a native of Lambeth, London, England, where he was born in 1898 (he was baptised in the parish of St. Peter, Vauxhall, London, England, on, 13 April 1898. At the time of his baptism his parents were residing at, 17 Leopold Street, from where his father was employed as a 'Labourer'. By the time of the 1911 National Census for England & Wales, Leopold , is recorded as a 'Schoolboy' living with his parents and 8 x siblings at the family home located at; 116 Upper Kennington Lane, Kennington, London

See item code 21531 for the recipients brothers medals and Memorial Plaque, that are being sold separately. The brothers are uniquely the only persons with the surname 'Tondeur' listed on the Great War casualty rolls maintained by the Commonwealth War Graves Commission