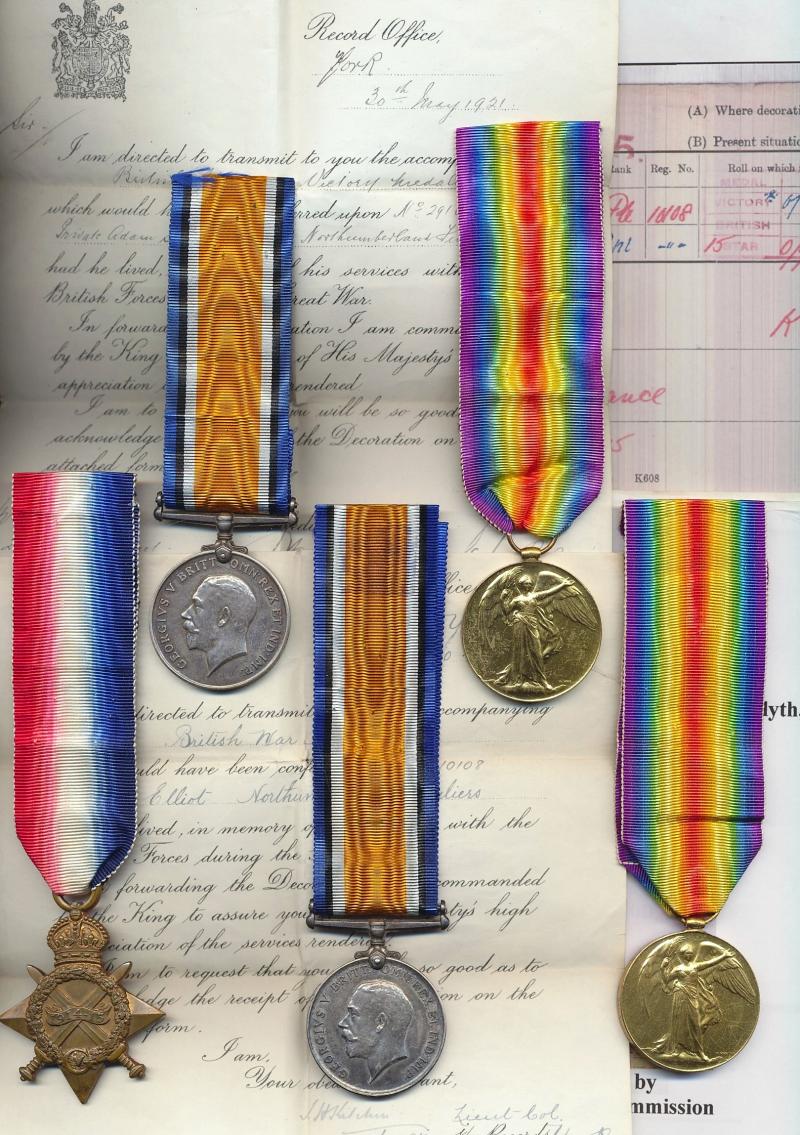 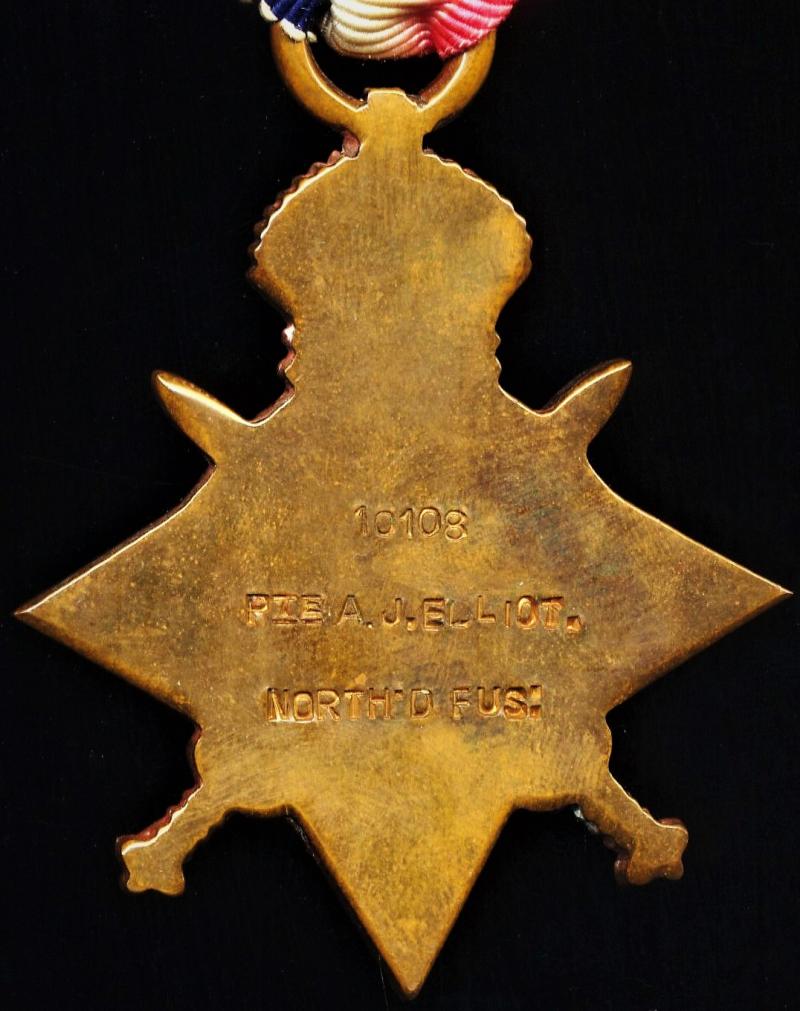 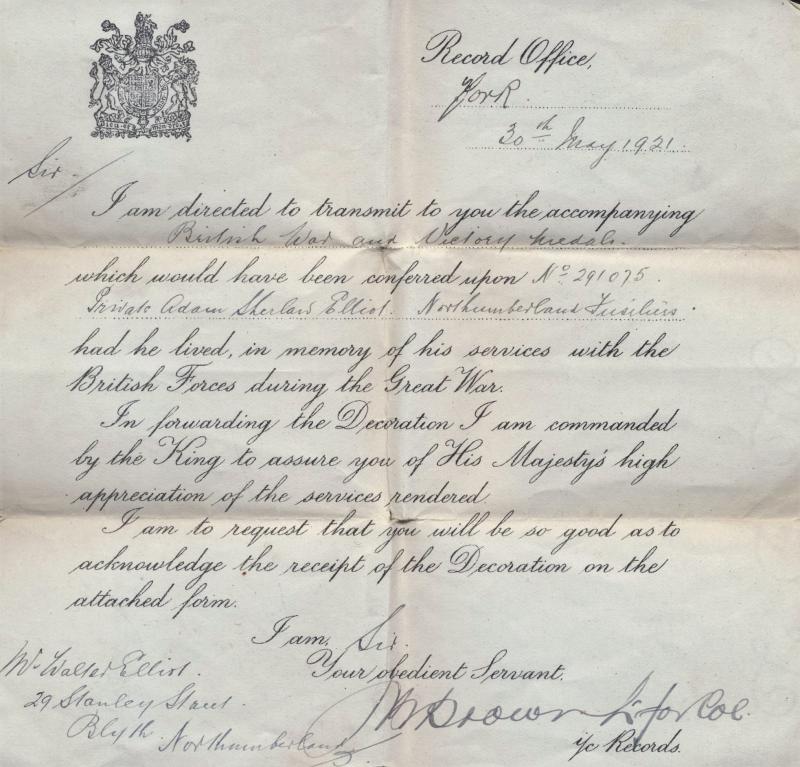 The Elliot brothers were the sons of Scottish born parents from Berwickshire, Walter Elliot (Coal Trimmer employed with LNER) and Margaret Elliot, of 32 Stanley Street, Blyth, Northumberland. The 1911 National Census for England & Wales records the brothers residing in Blyth, Northumberland, at 29 Stanley Street (the family moved to No 32 sometime after 1911) where living with their parents (and 9 x other siblings). In 1911, Andrew was employed as a Grocers Assistant, and Adam was employed as a Blacksmith's Assistant. Both brothers had enlisted in the British Army at Blyth (Soldiers Died refers). The bodies of neither soldier were ever recovered from the battlefield of the Somme, France, where they were killed in 1916. Their supreme sacrifice is however commemorated in perpetuity in both France and the United Kingdom. In France both brothers are commemorated on memorial panels located at the, Thiepval Memorial, maintained by the Commonwealth War Graves Commission. In the United Kingdom, the brothers are further commemorated in their home town, on a Great War Memorial panel located at, St Cuthberts Church, Wellington Street, Plessey Road, Blyth, Northumberland, and upon the local Blyth Great War Memorial located at Ridley park

Medals Verification: The medals all verified as issued per the respective medal rolls of the Northumberland Fusiliers as under:

At the time of his death, Corporal Elliot was 20 years of age

Medals Verification: The two medals verified as the recipients only medal entitlement per the recipients Medal Index Card and respective medal roll of the Northumberland Fusiliers as under:

At the time of his death, Private Elliot was 19 years of age

Sold together with some copied hard-copy research including entries from Soldiers Died, Medal Index Cards & CWGC