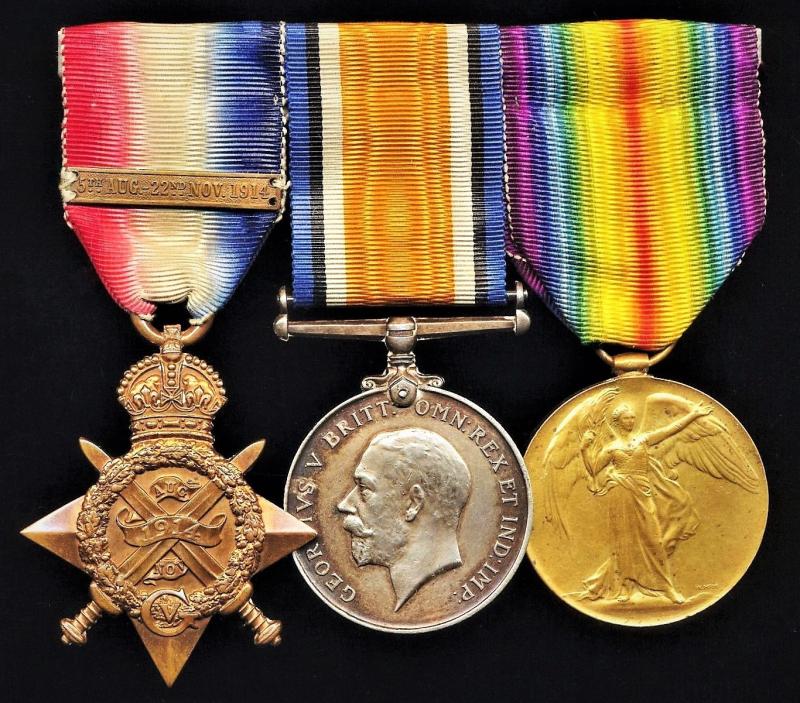 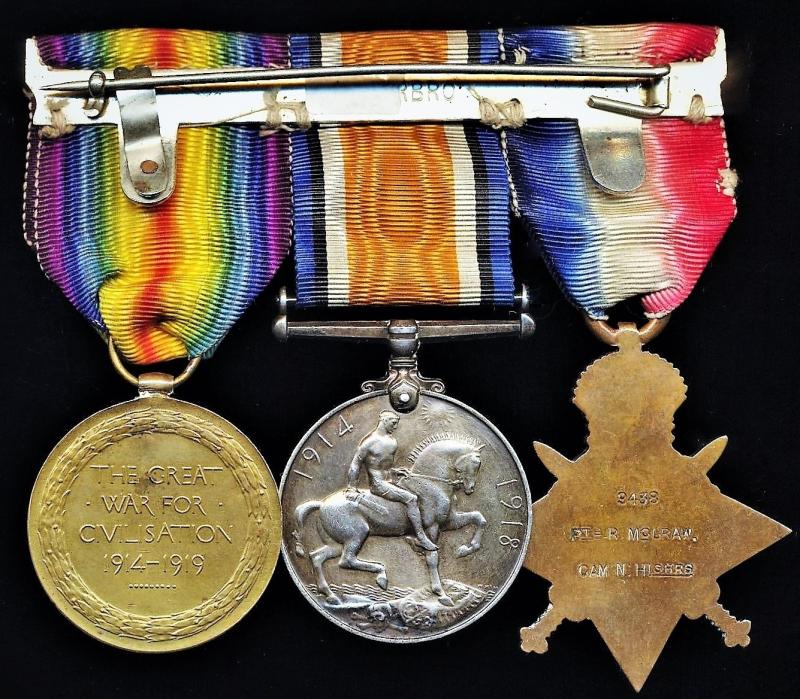 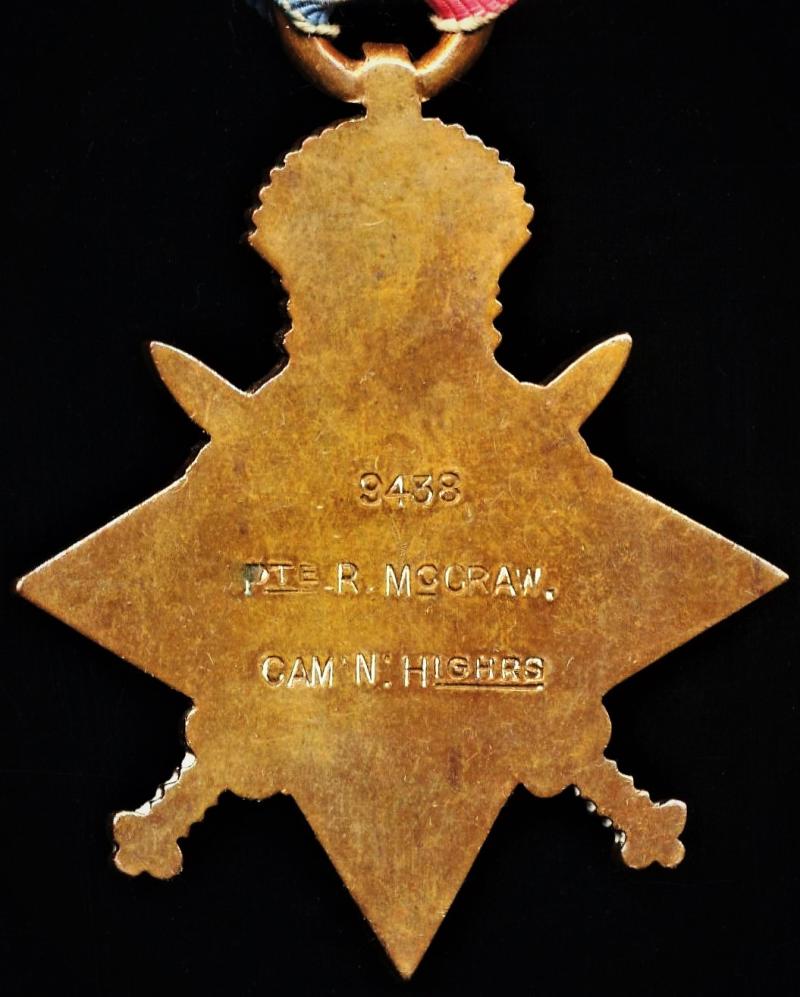 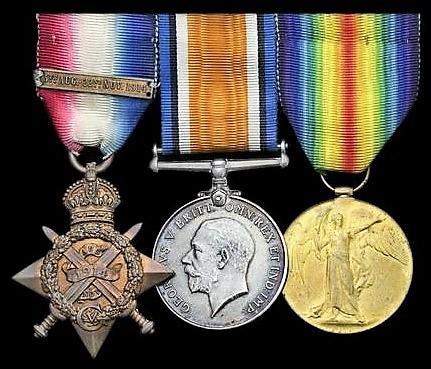 Medals Verification: All medals and clasp confirmed as entitled per the respective campaign medal rolls and of the Queen's Own Cameron Highlanders:

Robert Campbell McCraw, son of Alexander McCraw (a Baker) & Christina McCraw (nee McDonald) was a native of, Leith, Edinburgh, Scotland, where he was born in 1894. At the time of the 1901 National Census for Scotland, the family (then) comprising, parents and 9 x children), was located at, No 7 West Montgomery Place, South Leith, Edinburgh. By the time of the Great War the family home was located at, 56 Brunswick Street, Edinburgh, Scotland. Robert enlisted in the British Army at Edinburgh on, 20 January 1913, being posted to the Queens Own Cameron Highlanders. Robert subsequently served in France & Flanders during the Great War from 14 August 1914 where he served with 1st Battalion Queen's Own Highlanders. Robert survived the Great War, but not without suffering ill-health, as he was he discharged with a Silver War Badge on, 2 July 1919. Sadly, Robert lost two of his brothers, killed in action during the Great War, viz: No 12238 Private Donald McCraw, 2nd Battalion Royal Highlanders (Black Watch), who was 'Killed-in-Action' in Mesopotamia, and was 19 years of age at the time of his death & No 139630 Corporal James Alexander Leitch McCraw, 3rd Battalion Canadian Expeditionary Force, who was 28 years of age, when he was 'Killed-in-Action' in France on, 29 March 1917

The medals swing-mounted and as-worn by the recipient. The silk moire ribands suspended from a contemporary mounting bar that retains its long hinged pin and clasp fittings