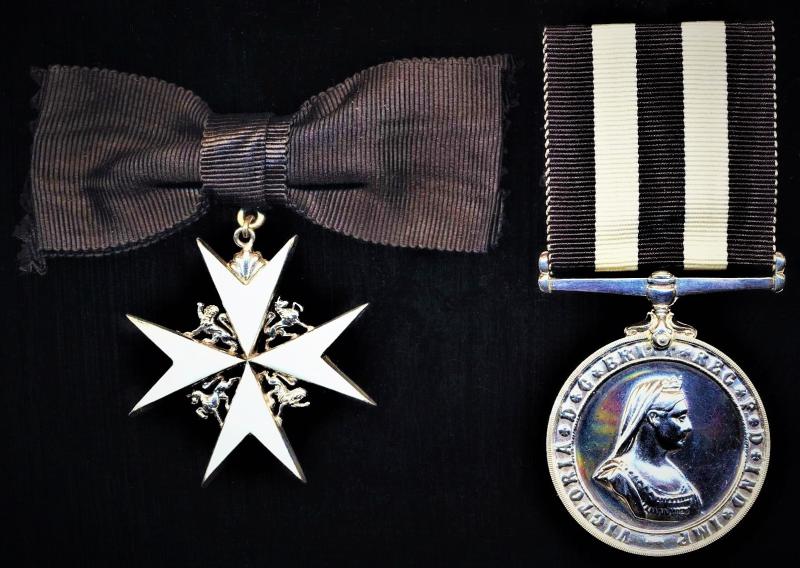 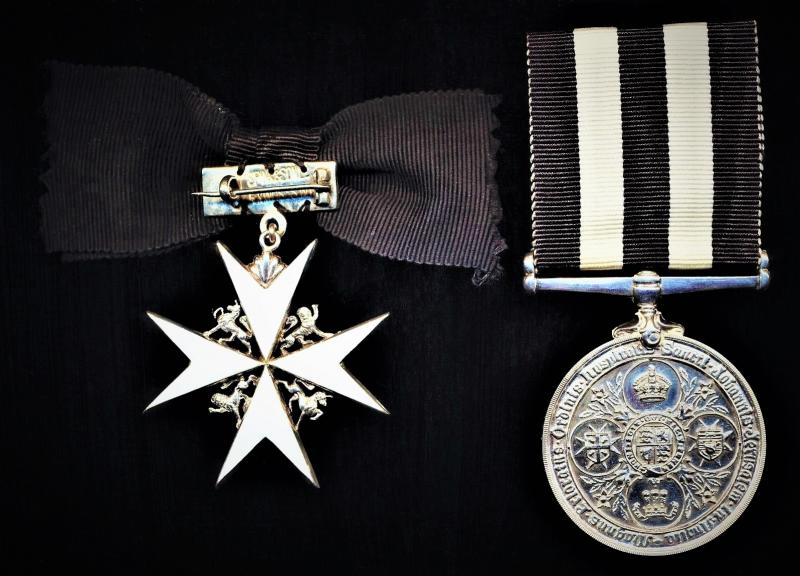 - Serving Sister: Serving Sister of the Order of St. John to Mrs. Isabel Leslie Tennant, was published in the London Gazette issue of, 27 June 1941

- Commander Sister: Lady Tennant was further elevated to the Commander (Sister) of the Order of St. John, per the award notice in the London Gazette issue of 29 June 1948

Note: Isabel's husband Sir William Robert Tennant, C.I.E., I.C.S., was awarded the Gold 'Kaisar-i-Hind' in the New Year Honours 1947, per the London Gazette issue of 31 December 1946, in his capacity as 'Honorary Treasurer' of the Indian Red Cross and St. John War Organisation. He was elevated to a Knighthood in 1948, when he was made a Knight Batchelor, in respect of his service as Auditor General to the Government of India

Lady Isabel Leslie Tennant CStJ (nee Adam) daughter of Hector Maiben Adam & Mary Murray Adam (nee Hay) was a native of Aberdeen, Scotland, where she was born on 7 November 1894. Isabel, served as an officer in the Womens Royal Naval Service (WRNS) during the Great War (Home Service and no medals awarded).

The Wrens were formed in 1917 during the Great War. By the end of the war the WRNS had 5,500 members, of which 500 of them - including Isabel Leslie Tennant - were officers. In addition, about 2,000 members of the WRAF had previously served with the WRNS supporting the Royal Naval Air Service and were transferred on the creation of the Royal Air Force. The WRNS was disbanded in 1919

Isabel applied to join the WRNS in June 1918 and had passed her initial training as a 'Decoder' at Portsmouth on 15 July 1918. Isabel was appointed appointed Assistant Principal (Sub-Lieutenant) on the Staff of the SNO Granton (Scotland) where she was employed as a 'Decoder'. Isabel, who was was graded with exemplary character & conduct, was subsequently promoted Deputy Principal (Lieutenant) on 18 March 1919. Her appointment and service with the WRNS was terminated on 19 August 1919, view the disbandment of the WRNS

Important: Isabel's role as a 'Decoder'on the Staff of SNO Granton, would have encompassed the events prior to and after the momentous surrender of the entire German Battle Fleet to the victorious Allies, that took place off the Firth of Forth, Scotland - and adjacent to the SNO Granton command - in November 1918

Isabel married fellow Aberdonian, William Robert Tennant (1892-1969), a gazetted officer of the Indian Civil Service, at Bombay, British India, on, at on 21 January 1925. During her subsequent life in India, Isabel gave birth to two children, viz, a daughter, Sheila Margaret Tennant (1926-2013, who was born at Naini Tal) & a son, Edward Robert Hector Tennant (1928-2006, who was born at Simla). During the Second World War, Isabel remained in India, where she worked tirelessly with Indian Red Cross and St. John War Organisation (multiple St John awards bestowed upon Isabel in the War years and the period immediately after, reflect the good services she performed. The Tennant family returned to Scotland following the independence of India, and settled in St.Andrews, Fife. Lady Isabel Tennant CStJ, is recorded as having died at Dundee, Scotland, on 14 December 1977

A most desirable pair of medals to a Lady, who served as a WRNS 'Decoder' Officer during the period of the surrender of the entire German High Seas Battle Fleet Great War in November 1918