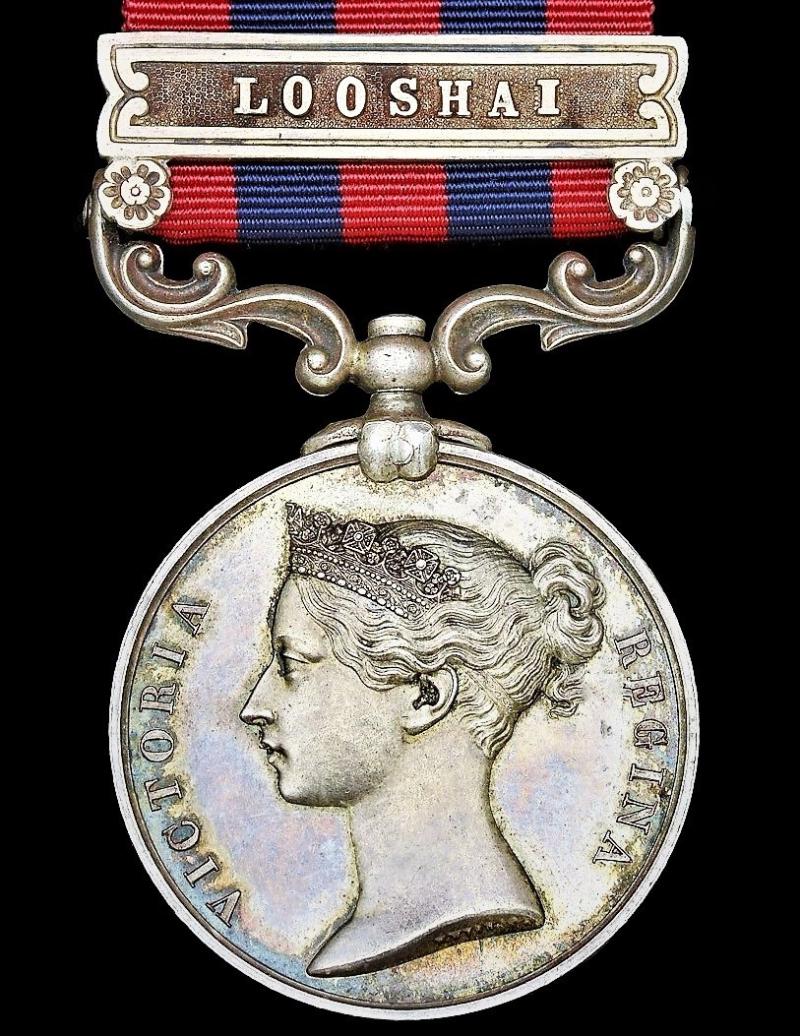 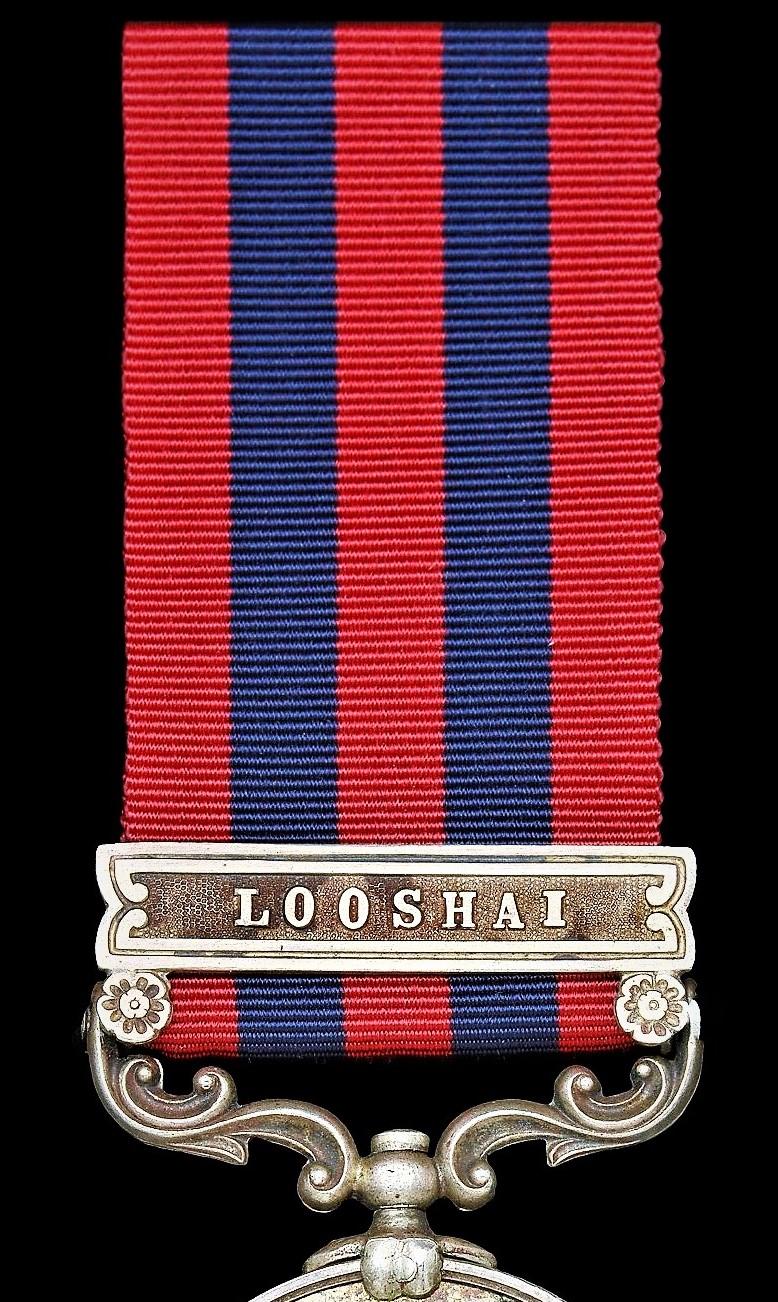 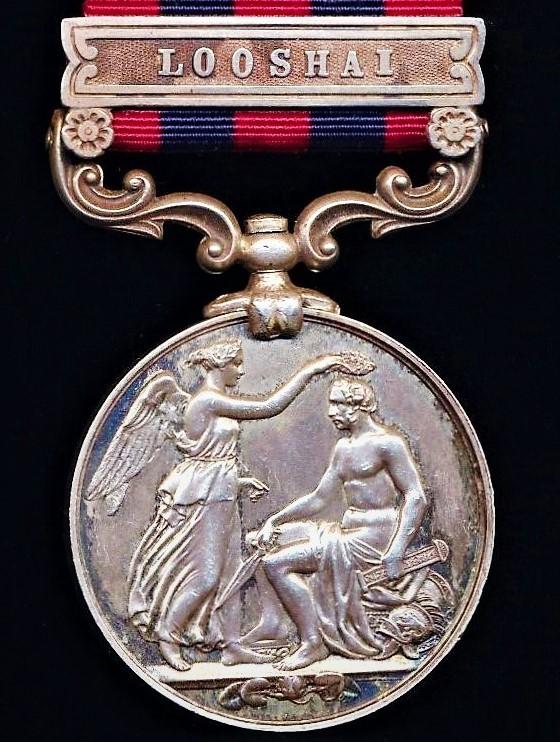 The clasp 'Looshai' was awarded in respect of the Looshai campaign on the North East Frontier of India, between, 9 December 1871 - 20 February 1872. The clasp was authorized on 1 December 1872

The campaign - harnessed to rescue an abducted tea-planter's daughter, Mary Winchester, and avenge the massacres carried out by the 'Looshais' at the Winchester Tea Plantation - was noteworthy for not including any British units. The regiments deployed in Looshai were exclusively drawn from amongst the native regiments of the generic British Indian Army