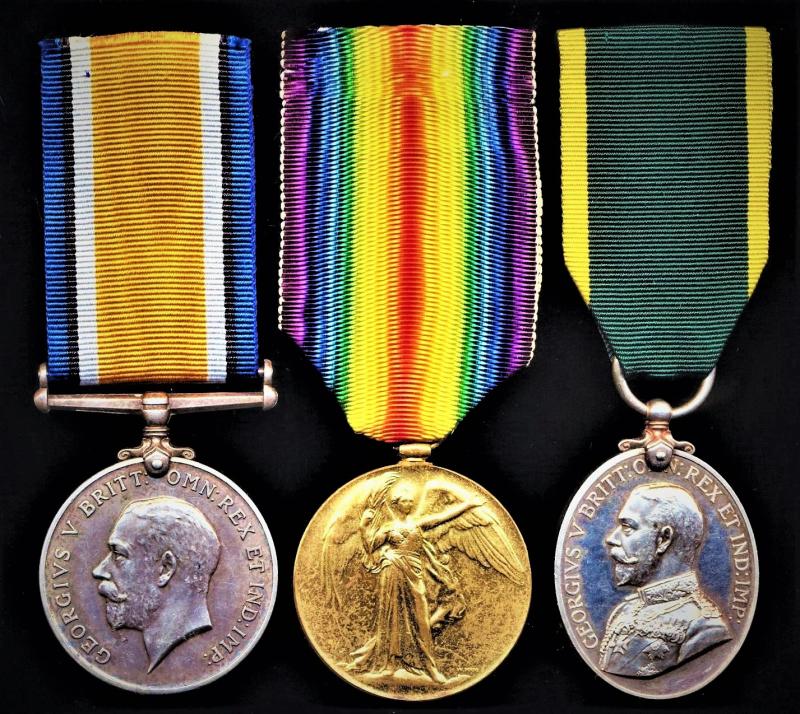 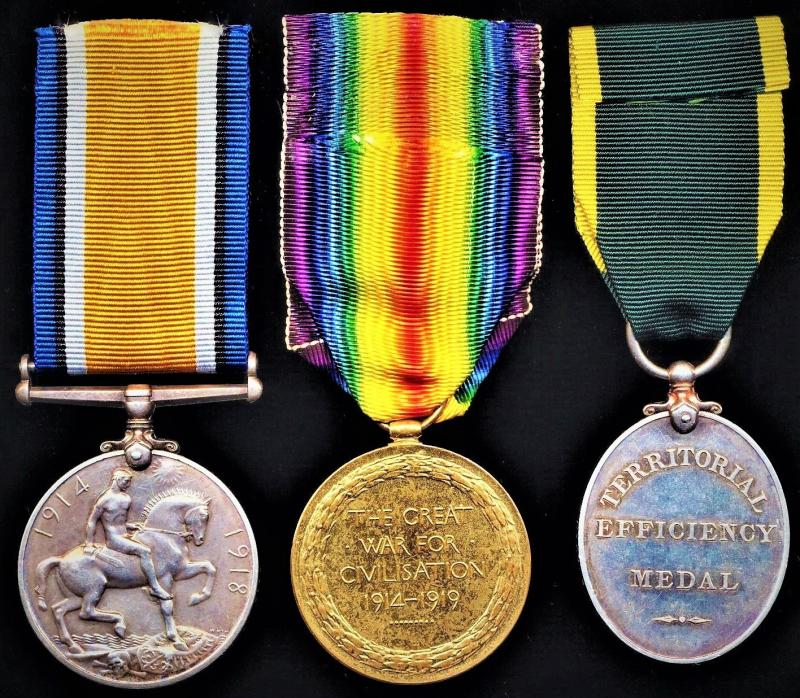 Medal verification: The 2 x Great War medals confirmed as the recipients only medal entitlement for the Great War per the below cited medal rolls

The below following article was published in the 'Western Mail' newspaper issue of, 26 April, 1918:

A Cardiff family has a splendid record of patriotism and war sacrifice. Mrs. Morgan, 106, Colum Road, has received news that her son, Pte. Dudley Morgan, Oxford and Bucks Light Infantry (formerly of the Welsh Cyclists), is a prisoner of war at Cassel. No further official news has come to hand, regarding his twin-brother, Leslie, reported missing on August 22, 1917. Pte. Morgan is one of seven brothers, all of whom enlisted voluntarily in the early stages of the war - although their mother is a widow. One has been killed, one is missing, another a prisoner, and another has been discharged disabled. One of the brothers, Pte. Harold Morgan, is a member of the Western Mail advertisement staff

Dudley Morgan sixth son of Morgan Morgan (Minister / Catholic Apostolic Church ) & Jessie Morgan, was born in London, England, on 18 November 1894. At the time of his birth, Dudley was one of two male twins, the other being named Leslie Morgan. By the time of the 1901 National Census for England & Wales, the Morgan family was residing in Penarth, South Glamorganshire, Wales, the family then comprising of the parents & 11 x children comprised of 3 x daughters (Bertha, Evelyn & Mary) & 8 x sons (Sidney, Percy, Geoffrey, Harold, Leslie, Dudley, Oswald & Clement). By the time of the 1911 National Census for England & Wales, the family had relocated to Cardiff, Wales, where the widowed mother, Jessie Morgan, lived, at, 106 Colum Road, Cardiff, Wales, together with seven of her children, including the twins Dudley & Leslie, both of whom were described as being 16 years of age and employed as 'Junior Clerk's'. During the Great War, Dudley initially served on 'Home Service' with the Welsh Cyclists, and was subsequently transferred to the Oxfordshire & Buckinghamshire Light Infantry, where he served with 'A’ Company of 2nd/4th Battalion O.B.L.I. on the Western Front in France & Flanders, until being captured and made taken Prisoner of War at St. Quentin on 21 March 1918, being held for the rest of the War at Mannheim / Cassel P.O.W. Camp in Germany. Post-War, Dudley returned to Cardiff, Wales, where he remained. At the time of the 1939 National Register for England & Wales, Dudley was shown living with his wife Jessie Maud Morgan (nee Bellamy) at, 82 Fidlas Avenue, Cardiff, Wales, at which time he was employed as a 'Flour Merchants Clerk'. Dudley died at Cardiff, Wales, in, the last quarter of 1979

A fine Cardiff local history research project of considerable Great War interest, with no less then 7 x sons of the Morgan family who served in the British Armed Forces during the Great War