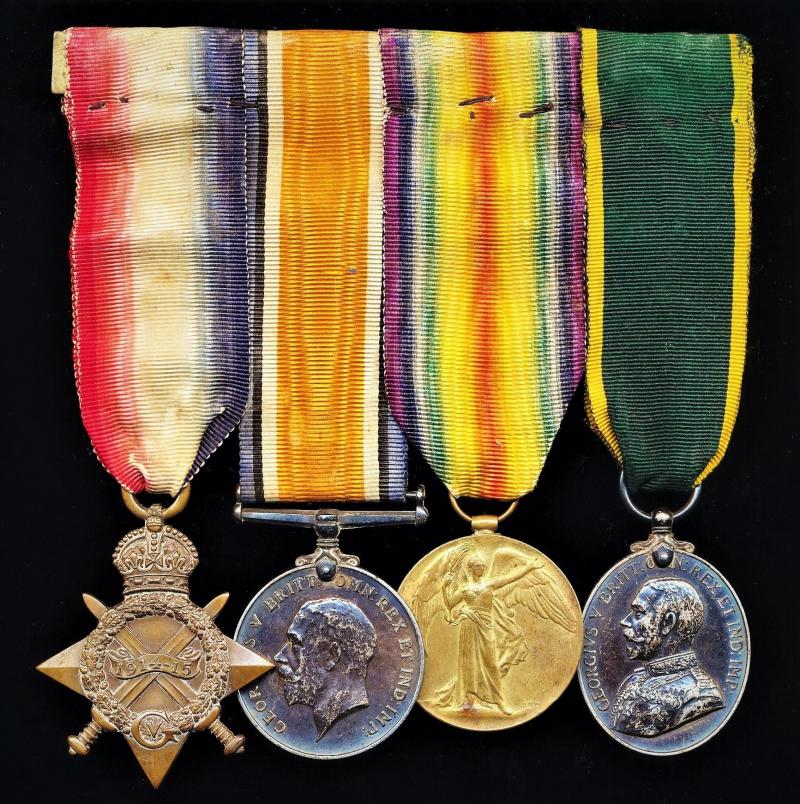 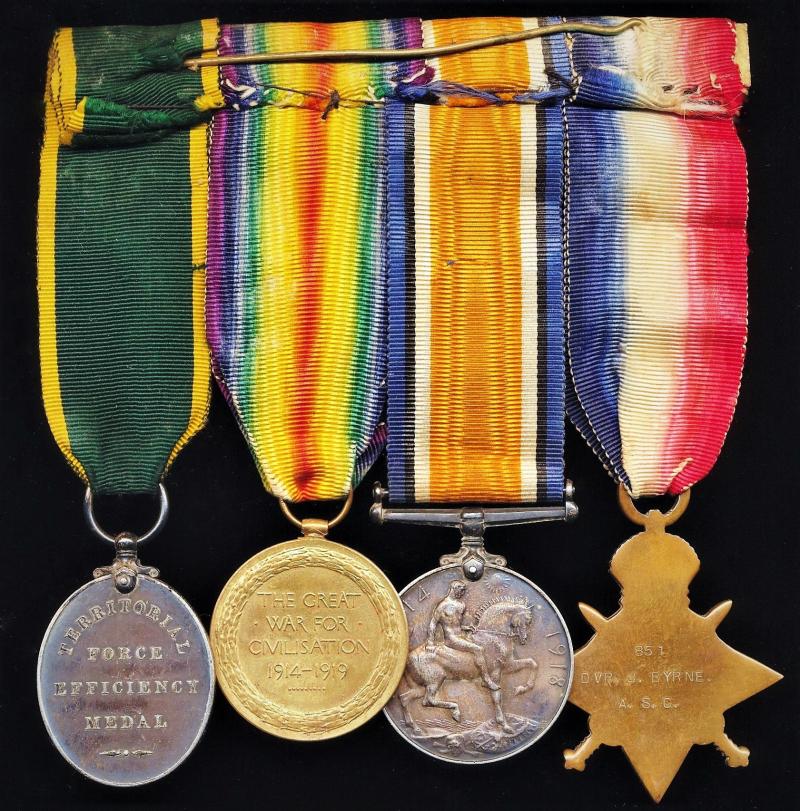 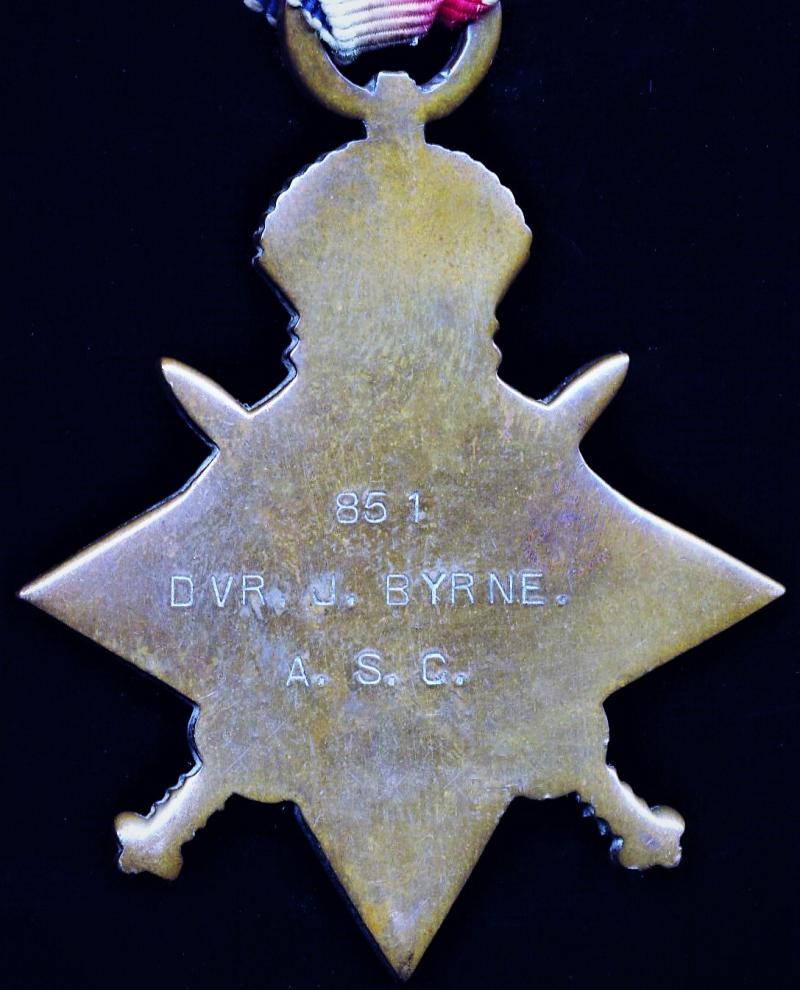 Medal verification: All of the campaign medals & Territorial Force Efficiency Medal confirmed as the recipients full medal entitlement for the Great War era per below cited medal rolls and issuing authorities:

Joseph Byrne attested for the Army Service Corps and served with them during the Great War on the Western Front from 22 February 1915. He was awarded his Territorial Force Efficiency Medal per Army Order 65 of 1921

The medals mounted as-worn in the swing-style, suspended from their original long lengths of silk medal ribbons. The reverse of the medal mounting bar with a long hinged pin & clasp fittings