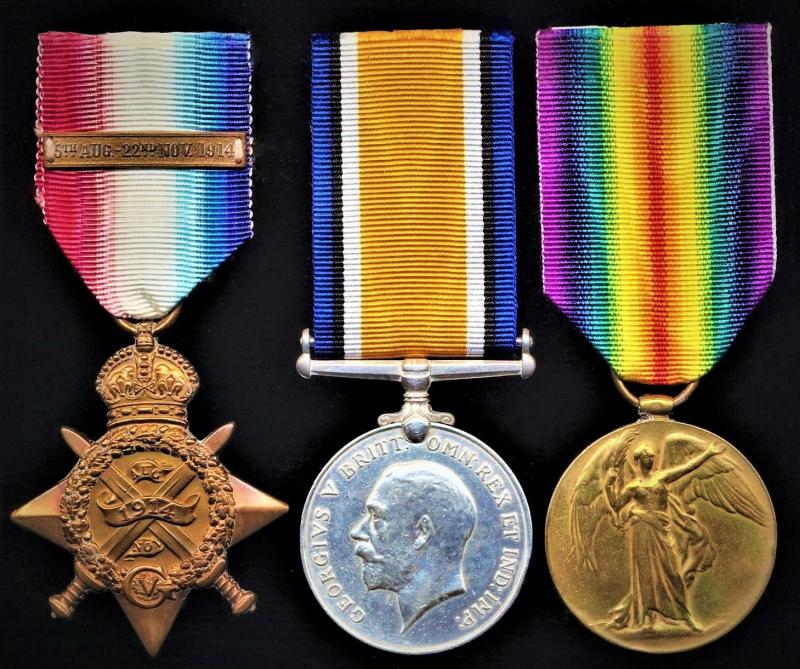 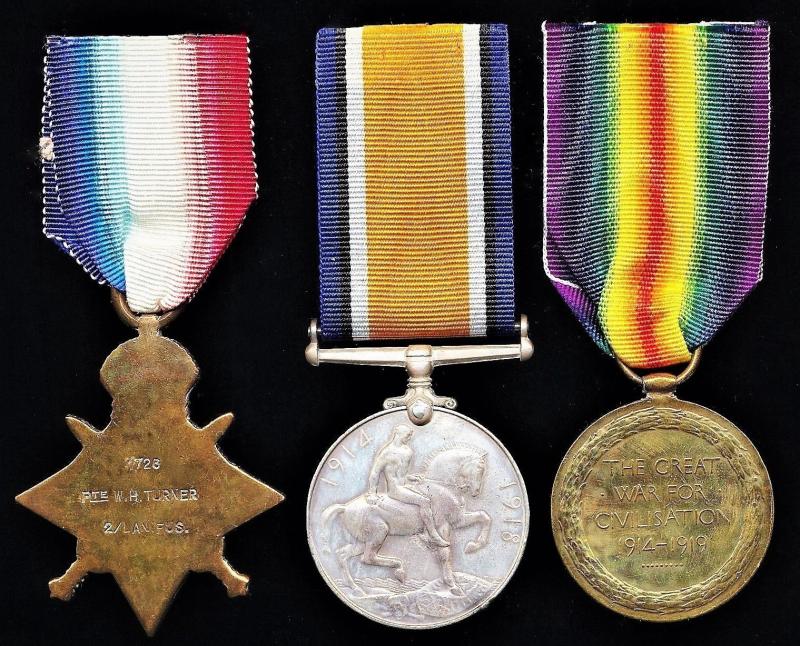 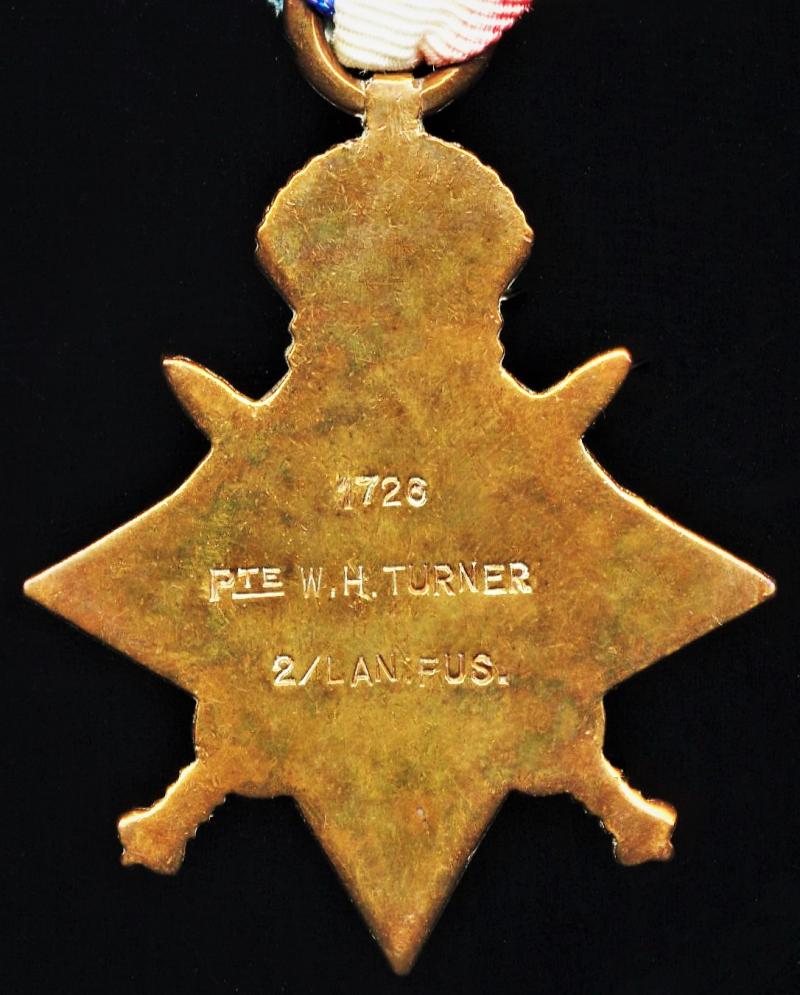 Medal verification: All of the campaign medals & clasp confirmed as the recipients full medal entitlement for the Great War per below cited medal rolls

William Henry Turner, was a native of, Oldham, Lancashire, England, where he was born circa 1891. William enlisted into the British Army during the last quarter of 1908 (No 1796 - just 70 enlistments later, is known to have joined the Lancashire Fusiliers on, 2 January 1909 ). The 1911 National Census for England & Wales records William, serving with 2nd Battalion Lancashire Fusiliers, then stationed at Tidworth, Hampshire, England. A pre-war regular professional soldier, William, was serving at Citadel Barracks, Dover, England, in August 1914. Less than 3 weeks after the declaration of war, William together with the rest of his comrades, first entered theatre of war 'France', when his battalion disembarked at 'Boulogne', France, on 22 August 1914. 2/Lancashire Fusiliers, part of 12th Infantry Brigade, 4th Infantry Division, was soon in the thick of the fighting during the First Battle of the Marne. Private Turner was 'Wounded-in-Action' on 24/25 September 1915. In November 1915, 2/Lancashire Fusiliers - still part of 12th Infantry Brigade - was transferred to the famous 36th Ulster Division. William Turner transferred to the 67th Training Reserve Battalion on 10 March 1917 (holding regimental number 16999) and latterly served with the Royal Engineers (in which corps he held the regimental number 264436)