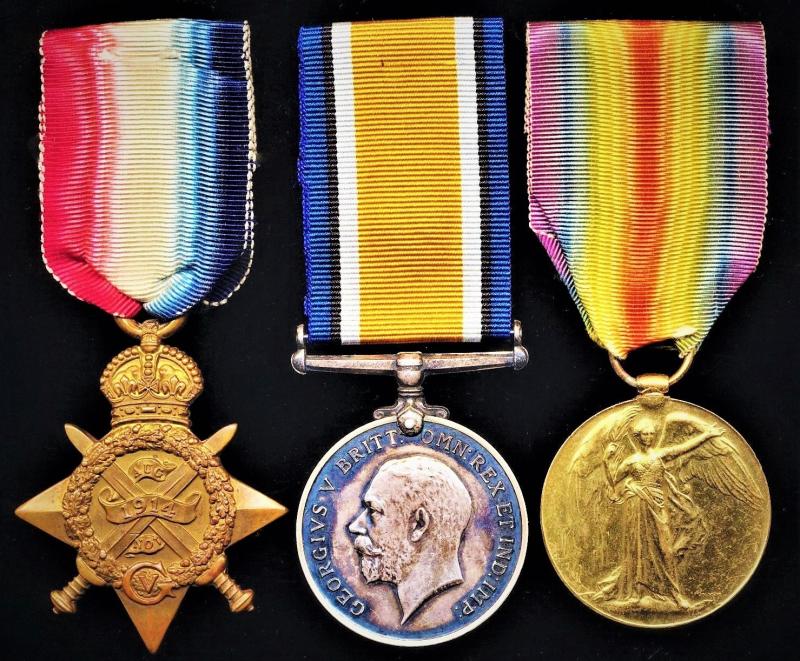 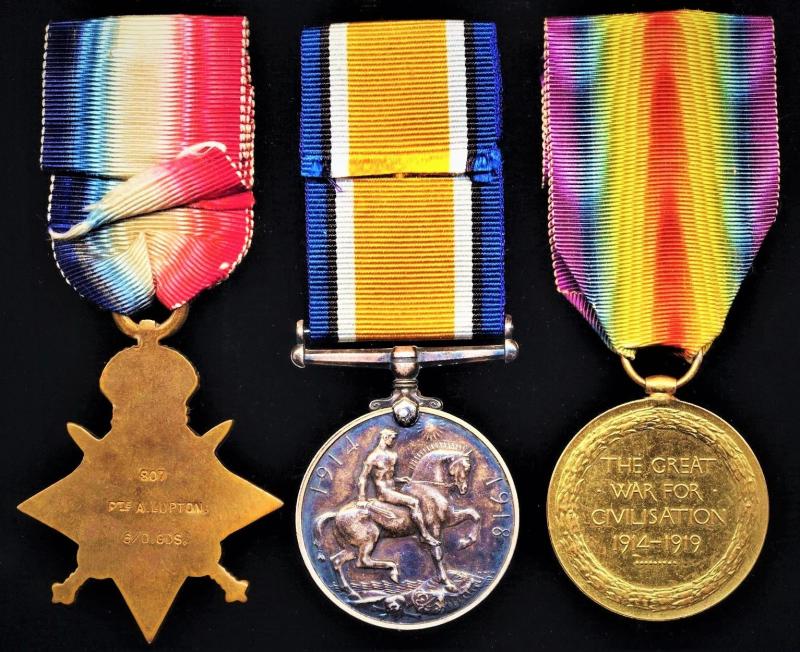 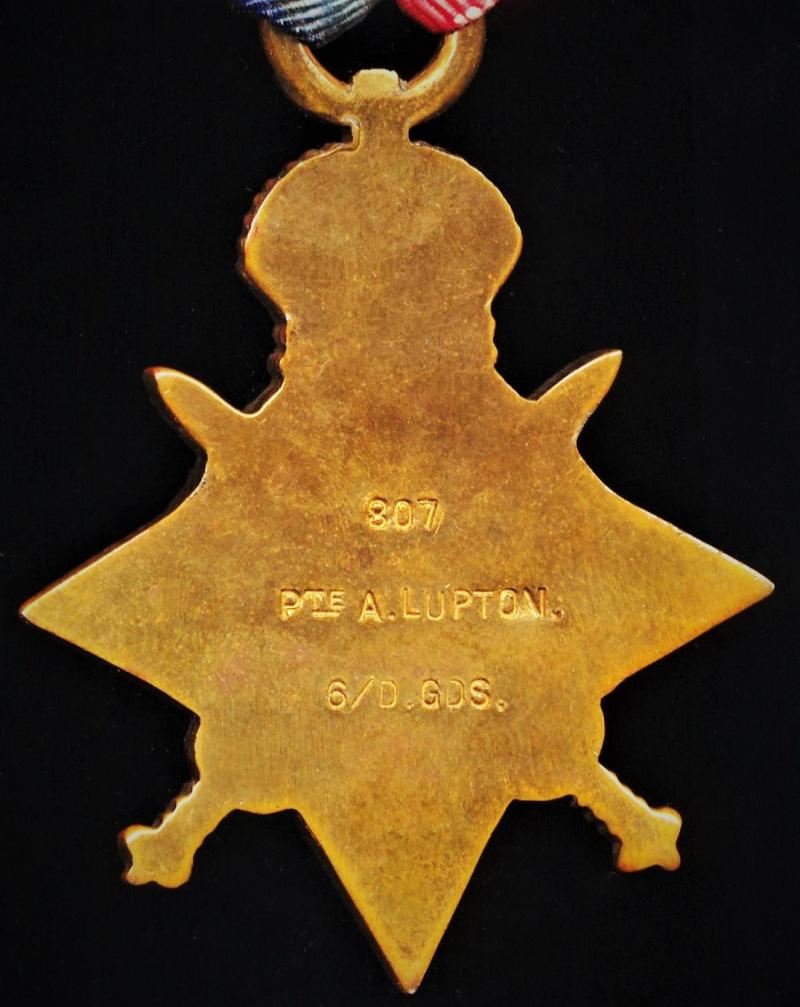 Medal verification: All of the campaign medals confirmed as the recipients full medal entitlement for the Great War per below cited medal rolls

Note: The recipient was additionally awarded a Silver War Badge (No. 481348) in respect of debilitating ill-health (ref WO 327/2961). The SWB records showing that Arthur Lupton had firstly enlisted in the British Army on 16 August 1907, and taken his final discharge from the British Army on, 28 January 1919, at which time the recipient 33 years and 10 months of age

Arthur Lupton was a native of, Leeds, Yorkshire, England, where he was born on 23 February 1885. The 1911 National Census for England & Wales records Arthur at the time serving with the 3rd Dragoon Guards, based at the 'Home of the British Army' located at, Aldershot, Hampshire, England. Arthur transferred to the Army Reserve in 1912, in which year he took his discharge from the British Army and took up employment with the London & North Western Railway (extant LNWR railway Employment Records refer). Arthur was mobilized as a 'Reservist' in 1914, and posted to the 6th Dragoon Guards, which regiment was in August 1914, based at Canterbury, England (his former regiment was based in Cairo, Egypt in August 1914, and only entered theatre of war 'France' on 31 October 1914. Arthur Lupton entered theatre of war France, on 16 September 1914. Arthur served throughout the Great War, with the 6th Dragoon Guards, and is recorded as taking is final discharge form the British Army on. 28 January 1919

Arthur, married, Fanny Elizabeth Parrott, at, Farnham, Surrey, England, sometime during the second quarter of 1913. Post-war the couple were blessed with 2 x sons, viz Arthur Roy Lupton (1921-2005) & Bruce J. Lupton (b. 1923) both of whom were born at, Nantwich, Cheshire, England. By the time of the compilation of the National Register for England & Wales, 1939, Arthur is recorded living with his wife, and eldest son, residing at the family home located at, 10 Lea Avenue, Crewe, Cheshire, England, where he is recorded employed as a Blacksmiths Striker Heavy Works (and almost certainly still employed at the massive LNWR workshops at Crewe). Arthur Lupton is recorded as having died at Crewe, Cheshire, England, sometime during the first quarter of 1959