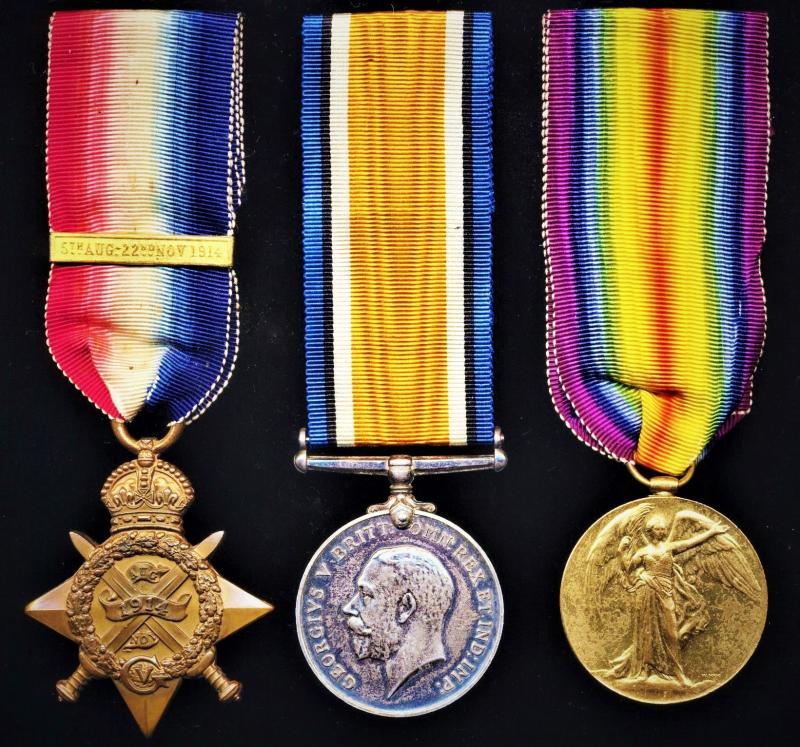 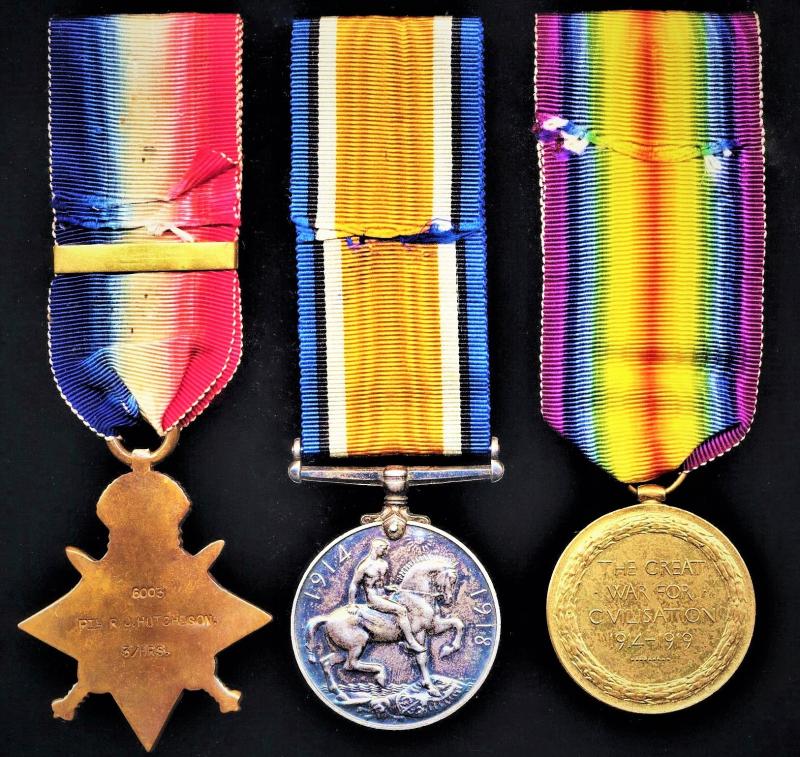 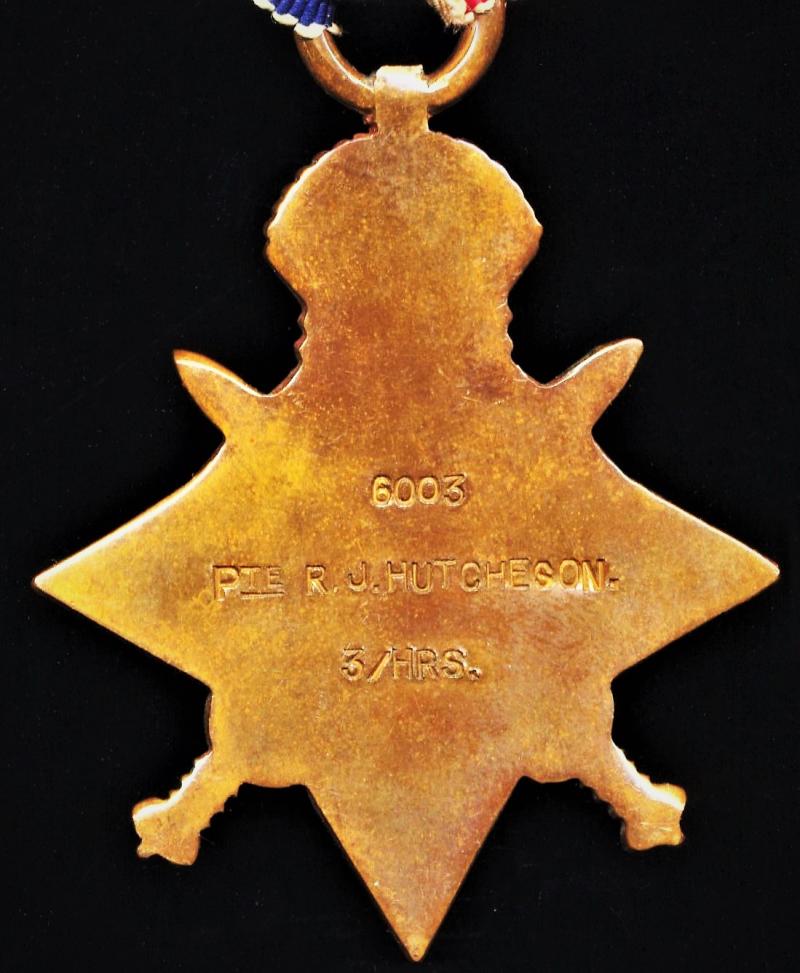 Medal verification: All of the campaign medals & clasp confirmed as the recipients full medal entitlement for the Great War per below cited medal rolls

Robert John Hutcheson, youngest son of Robert Hutcheson (an Engine Fitter) & Harriet Hutcheson (nee Purdie) was a native of Deptford, London, England, where he was born on, 25 February 1885. At the time of the compilation of the 1891 National Census for England & Wales, Robert is shown as the second youngest of 9 x children, that comprised 4 x boys, and 5 x girls. The 1911 National Census shows Robert still living in Deptford, London, where was employed as a Labourer (almost certainly with L.C.C.), and living with his now widowed mother and 4 x younger sibling sisters, viz, Rose Hutcheson (24), Bessie Hutcheson (22), Lillie Hutcheson & Nellie Hutcheson (15). By the time of the compilation of the National Register of England & Wales, 1939, he is recorded as still employed with the London County Council, as a 'Leading Hand' with the London Public Transport Board & living with his wife Elizabeth Edith Hutcheson (nee Freeman) at their residence located at, 38 Manwood Road, Crofton Park, Lewisham, London. Robert is recorded as having died at Lewisham, London, England, on, 14 April 1959

When he joined the British Army, Robert John Hutcheson attested for the Corps of Hussars and subsequently served in both the 3rd (King's Own)and 7th (Queen's Own) Hussars during the Great War. He first served on the Western Front in France & Flanders with the 3rd Hussars, taking part in the early actions of 1914, from 16 August 1914. His Medal Index Card also notes that he served with the City of London Yeomanry. He survived the Great War and was transferred to Class ‘Z’ Army Reserve on 23 March 1919. The medal rolls and Medal Index Card further note that at some time he used the alias of David Websper

The 3rd Hussars formed part of the 4th Cavalry Brigade in Allenby’s Cavalry Division. They held the line at Mons at Conde until 23 August 1914 when they were relieved by the 19th Infantry Brigade. They played an important role in the battle for Le Cateau and they relieved the hard pressed 1st Cavalry Brigade at Nery in September. On 9 September 1914 they were holding the bridges across the Marne. At the end of October they were fighting in the fields between Messines and Wytschaete during the 1st Battle of Ypres. Neither the 3rd or 7th Hussars served in Salonica, with Robert serving there with the City of London Yeomanry 'Roughriders'. 7th Hussars were located in India in 1914, and subsequently served in Palestine with the Egyptian Expeditionary Force, including Private Robert John Hutcheson