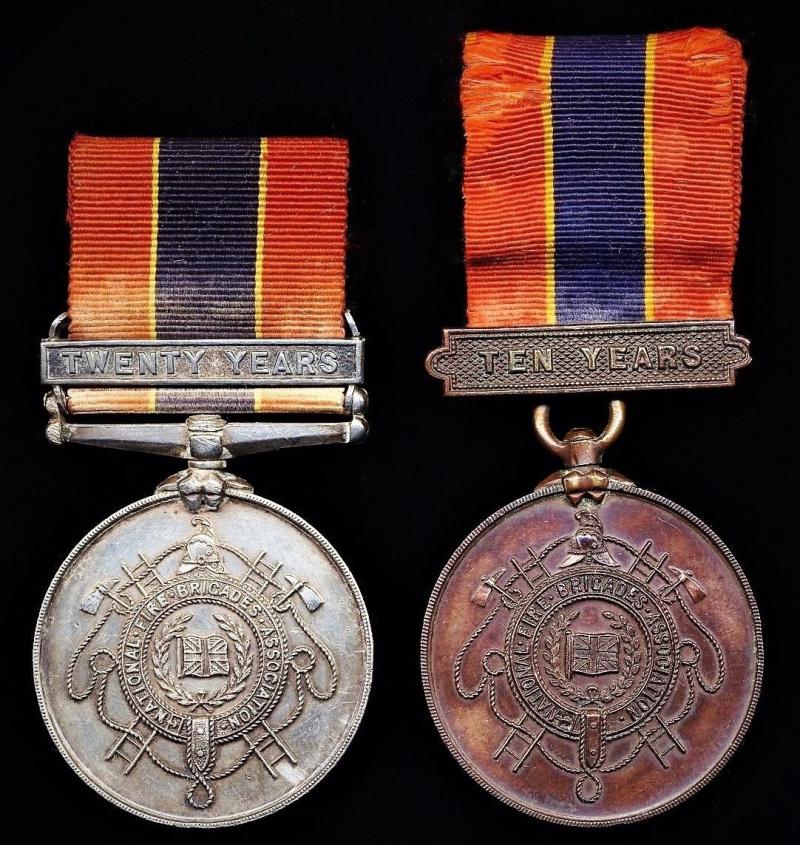 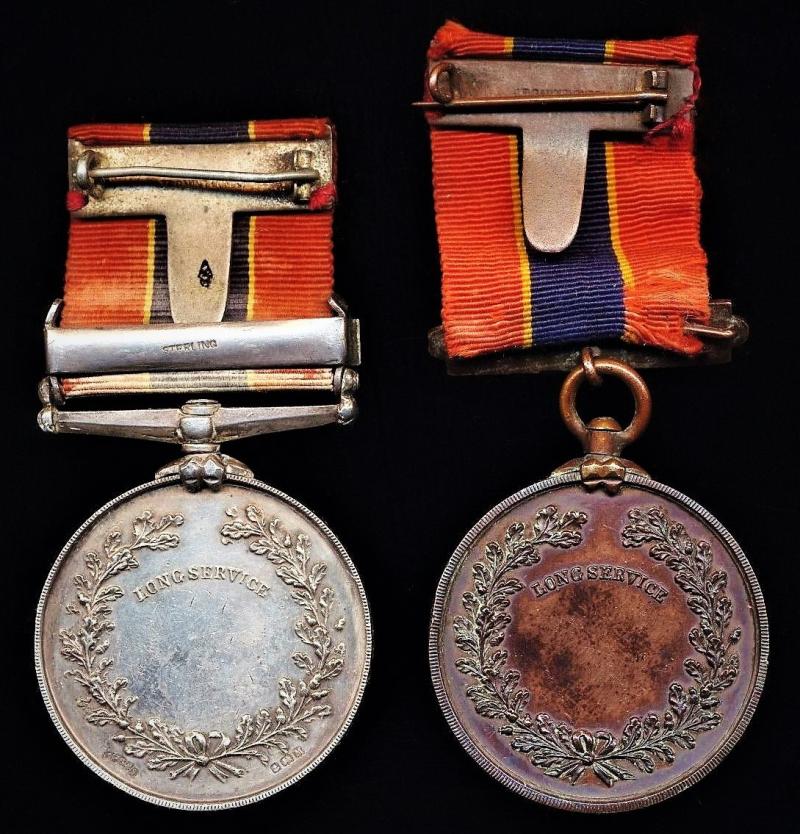 Note: The National Fire Brigades Association was established in 1918 when it 'morphed' from the hitherto styled National Union of Fire Brigades. To reflect the name change in 1918, new obverse dies had to be prepared. It was during that time of change that the scarce seen '1st type' NFBA medals, distinctive by their ring suspensions were issued

The medals individually fitted with their original silk ribands complete with mounting bars, these latter each retaining their hinged pins & clasp fittings as issued

Frank Wellby, son of George Montague Wellby (a Carpenter) and Rosa Matilda Wellby (nee Joiner) was a native of, Queenborough, Isle of Sheppey, Kent, England, where he was born on 27 July 1890. At the time of the compilation of the 1911 National Census for England & Wales, Frank is recorded employed as an 'Engine Driver' (at the Coal Wharf), and residing ith his parents and 4 x siblings (elder brother George, younger brother Leonard, and younger sisters Nellie & Daisy) at, 1 Comyn Terrace, Queenborough. Frank married Hilda May Young (1893-1980) at the Isle of Sheppey, sometime during the third quarter of 1912. Frank was a long serving volunteer member of the Queenborough Fire Brigade, receiving his 'Twenty Year' service medal in 1937, and still recorded as a Volunteer Fireman when the National Register for England & Wales was compiled in 1939, by which time Frank is described as an Erecting Fitter, and residing with his wife, Hilda, at, 29 Harold Street, Queenborough. Frank Wellby, 'Man of Kent', died at Queenborough, Isle of Sheppey, Kent, England on, 17 October 1951

Local Kent newspapers the 'Sheerness Times Guardian' issues for 3 & 10 June 1937, include articles pertaining to the award of the 20 Years Service Medal to the recipient

Note: Refer to the Ancestry Genealogical site for identified photographs of Frank Wellby