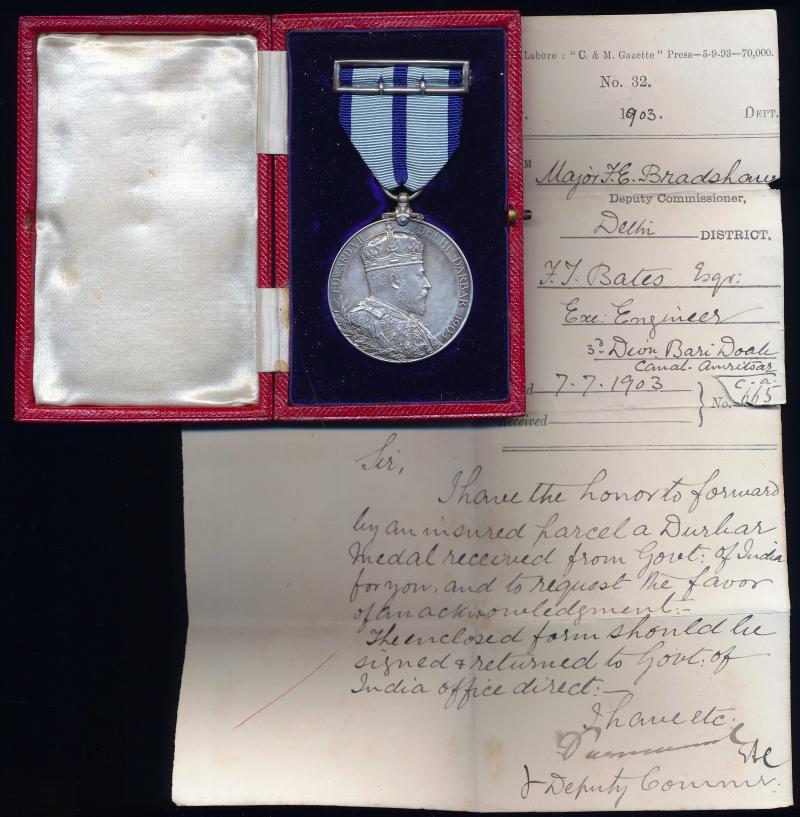 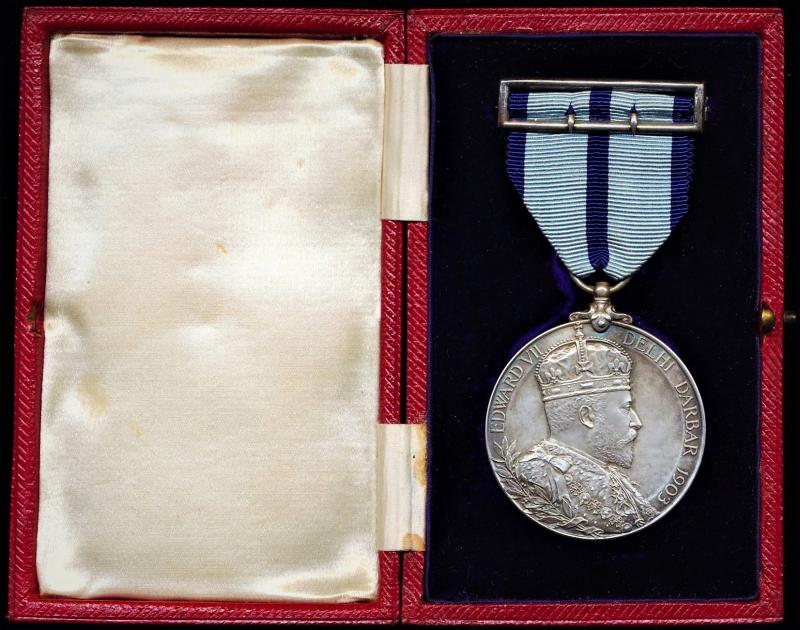 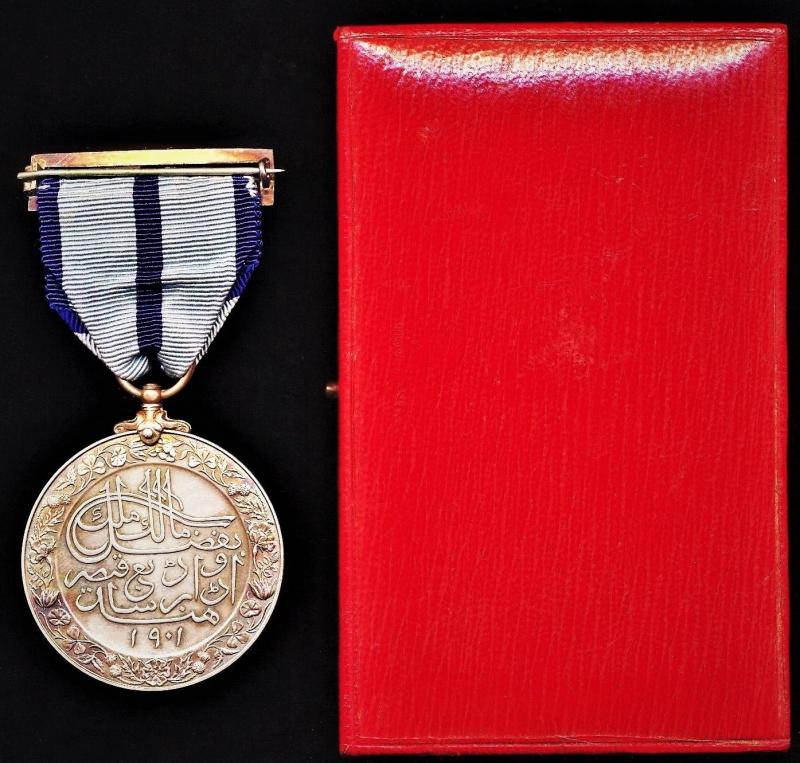 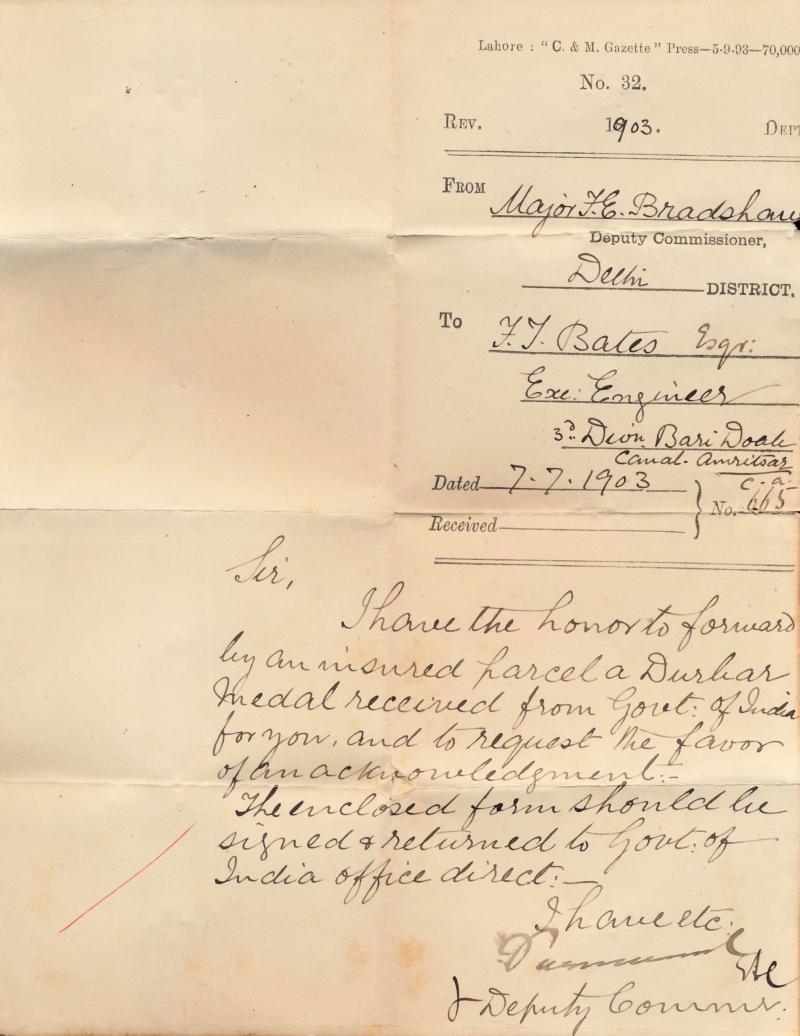 The medal sold together with:

Frank Townsend Bates, son of Alfred Bates (Assistant District Superintendent of Police, India) and Mary Ann Bates (nee Cline) was born in British India on, 6 November 1864, and was baptized at, Landour, United Provinces, India, on, 20 July 1865. He appears to have lived his entire professional working life in India, where he was employed as a Civil Engineer, working with the Public Works Department of the Government of India, with specialisation in 'Canals' & 'Irrigation'. At the time of his death Frank was described as having been latterly been Chief Engineer of & Secretary to the, Punjab Irrigation Department Branch. He had been resident of, 32 Norton Road, Hove, Sussex, England, where he died on, 6 December 1934. He was succeeded by his wife Mrs Flenerza Alice Page Bates

A choice example on original silk riband with integral brooch buckle, and in near pristine condition