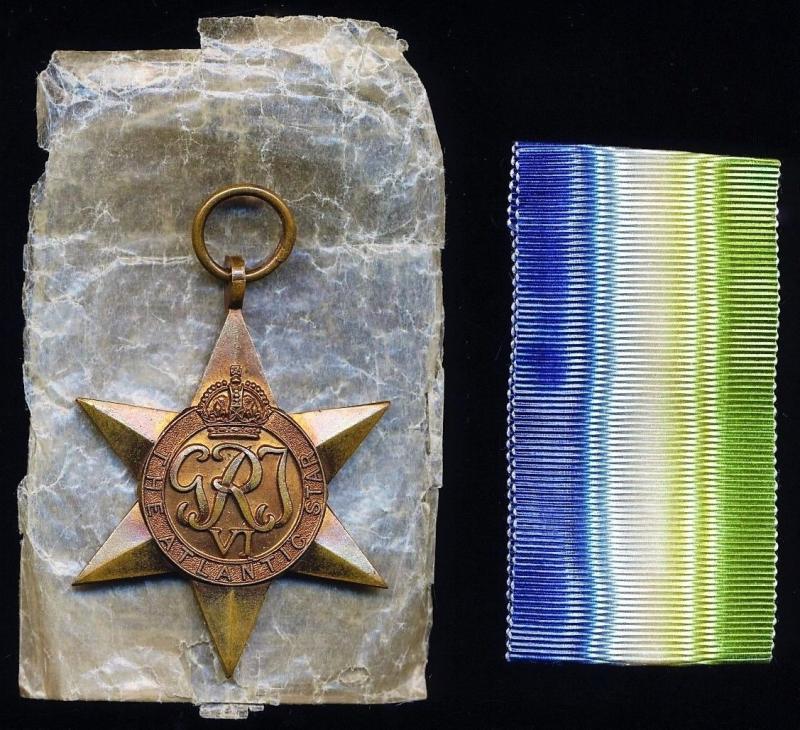 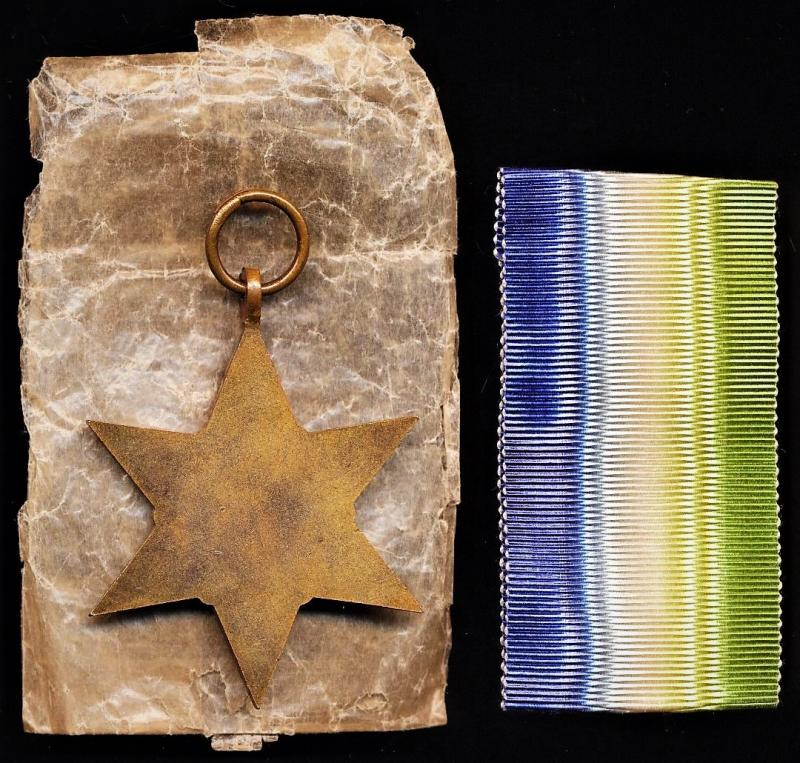 The Atlantic Star. No clasp

This Star was awarded to commemorate the Battle of the Atlantic within the period 3rd September 1939 to 8th May 1945. It was designed primarily to reward those serving in convoys, fast merchant ships, escorts and anti-submarine forces. The 1939-45 Star must have been earned by six or, in the case of the air crews, two months' service in operations before the qualifying period for the Atlantic Star began