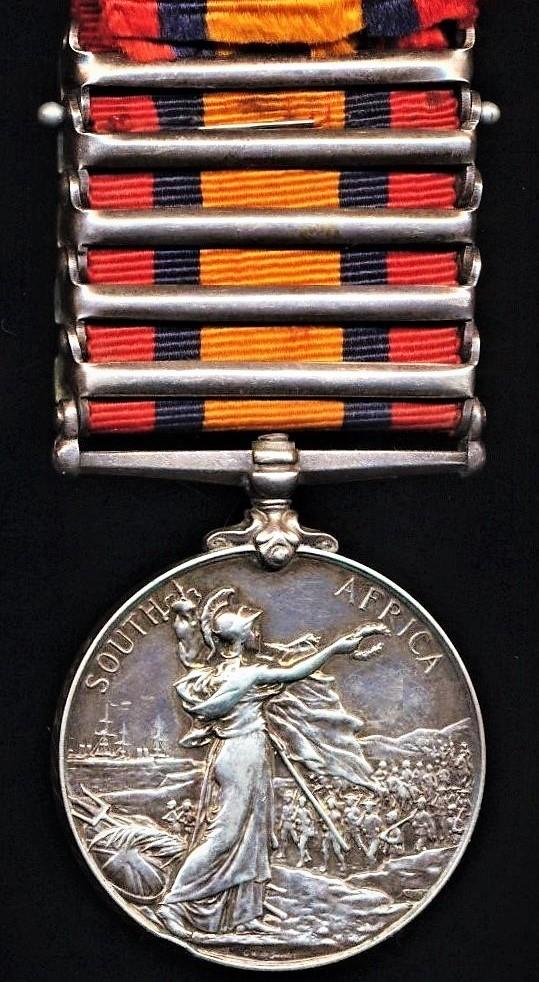 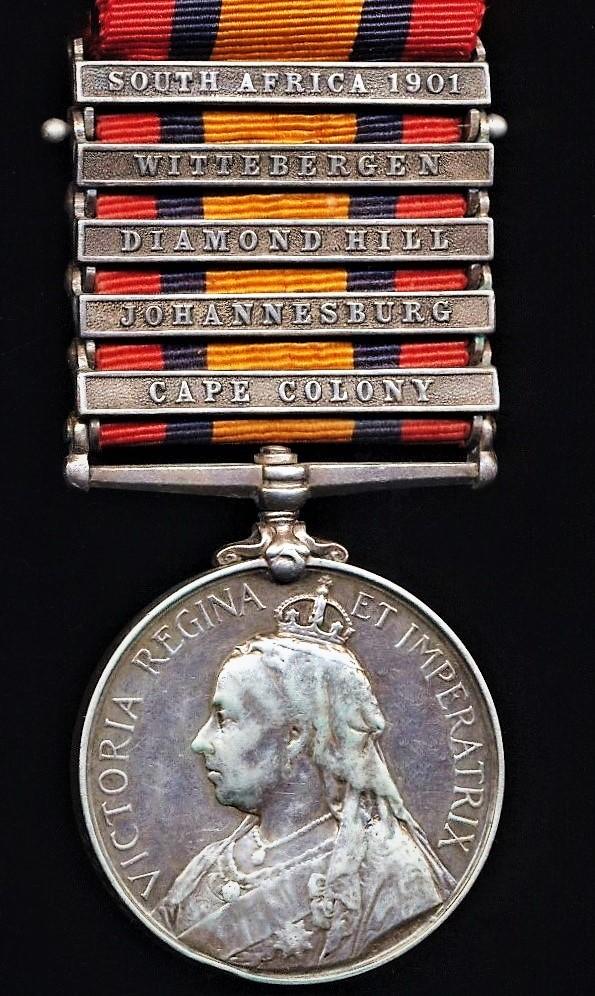 Severely 'Wounded-in-Action': Private Robert Arnold, 17th Lancers, confirmed 'Severely Wounded-in-action' by 'Rifle Gunshot & Shrapnel Wound', (or GSW) at, Strydfontein, South Africa, on, 2 December 1900. So severe were the subsequent effects of the wounds that he subsequently remained 34 days in hospital between 16 December 1900 - 18 January 1901

Medal & clasps verification: The medal and all 5 x clasps confirmed as entitled per the respective campaign medal rolls of, 17th (Duke of Connaught's Own) Lancers, reference WO 100/118 (for first 4 x clasps) which roll was compiled and signed 'in-the-Field' at, Mayesfontein, Cape Colony, South Africa, on, 16 December 1901, and later on the supplementary page in the same medal roll that was compiled and signed at, Stobs Camp, United Kingdom, on, 17 July 1903

Robert Arnold, was a native of, Liverpool, Lancashire, England, where he was born in 1880. By trade a 'Cabinet Maker', Robert was 18 years & 8 months of age, when he enlisted in the British Army, at Liverpool, England, on, 8 February 1894. On enlistment, Robert was posted to the 17th Lancers, a cavalry regiment of the British Army. In total George served 12 years with the 17th Lancers, taking his final discharge from the British Army, at Canterbury, England, on, 7 February 1906, at which time his military conduct was described as being 'Very Good'. Robert's service history is summarised below:

The medal retaining its original long silk riband, as issued