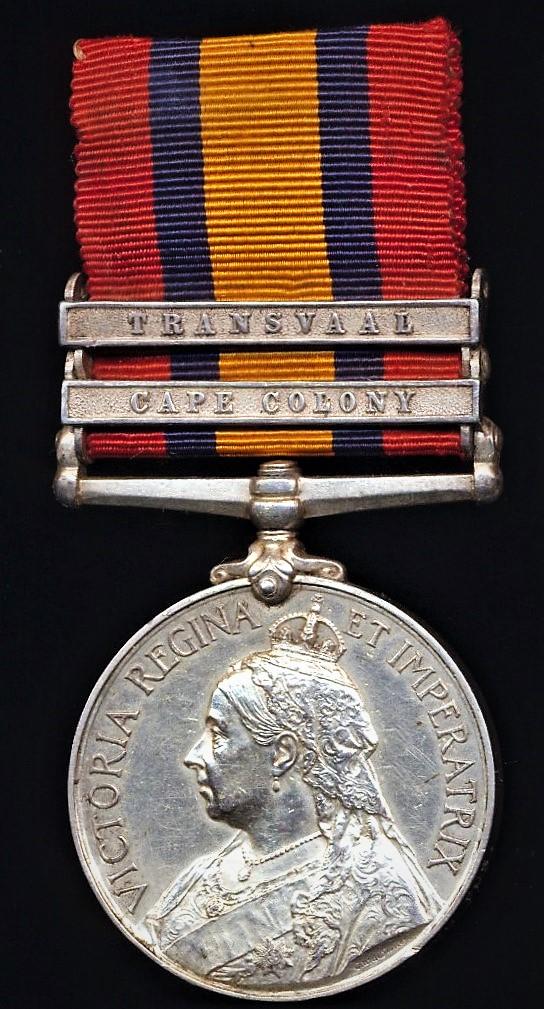 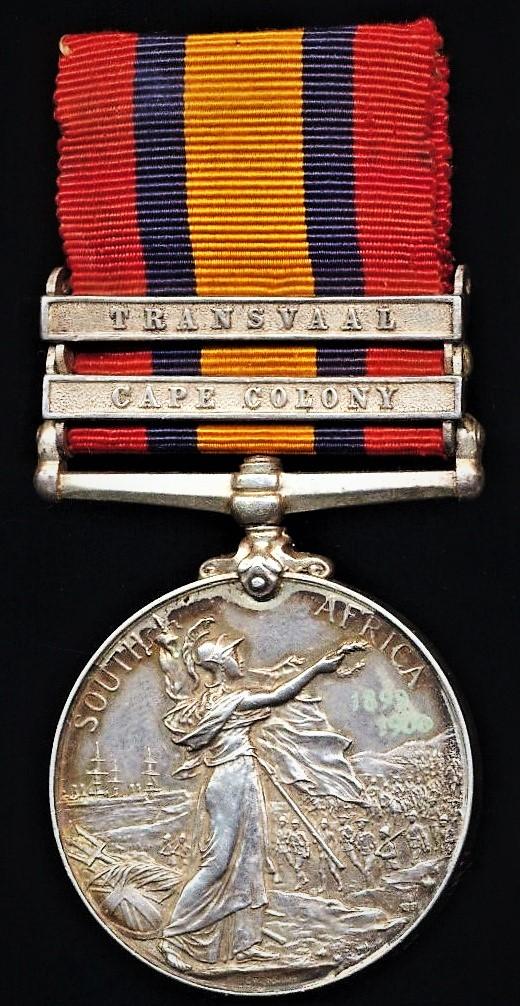 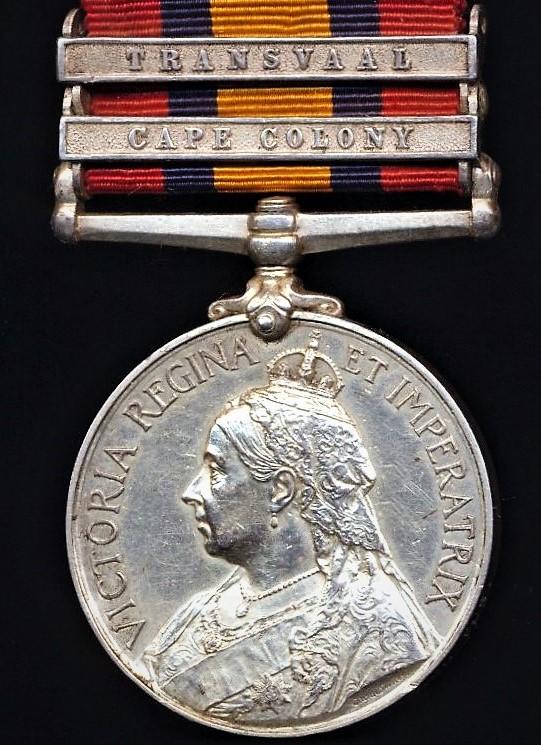 Medal & clasps verification: The medal and both 'Cape Colony' & 'Transvaal' clasps confirmed as entitled per the respective campaign medal roll of the 2nd Battalion Royal Irish Fusiliers (Princess Victoria's) reference WO 100/205, that was compiled and signed 'In-the-Field' at, Macahadodorp, South Africa, on, 9 July 1901. The recipients medal entry with remark '3rd Bn Royal Irish Fus Disembodied' (indicating that the recipient had left, 3/RIF, since the medal roll had been prepared. A later supplementary page in the same medal roll, compiled & signed at, Rawalpindi, Punjab, India, on, 22 April 1903, shows that the recipient was further entitled to the clasps for 'Orange Free State' & 'South Africa 1901', whether the recipient ever received, or was even issued the later clasps is unknown, the medal here offered being as issued off the original medal roll compiled in 1901