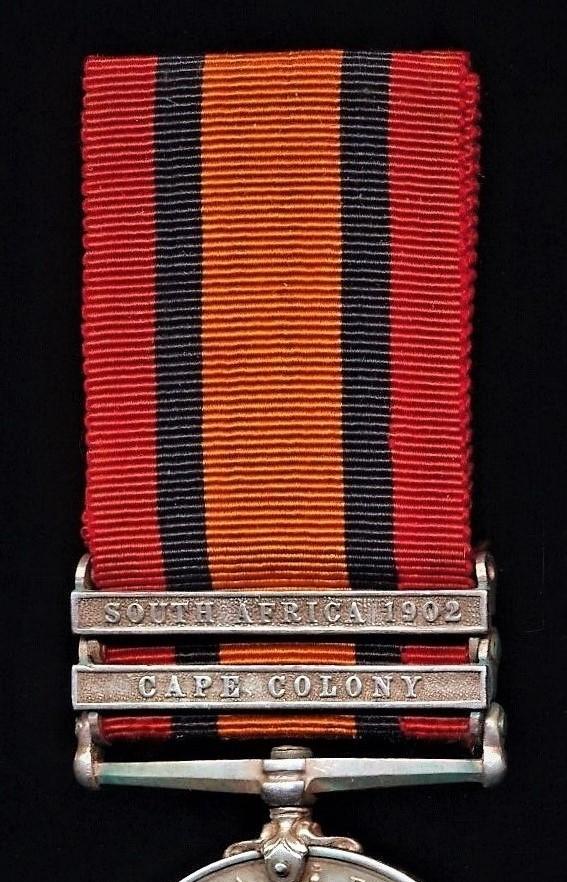 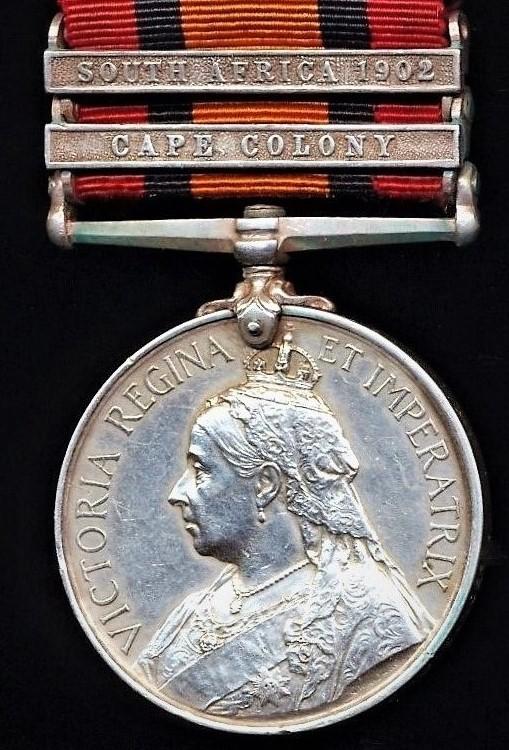 Medal & clasps verification: The medal and both clasps confirmed as entitled per the respective campaign medal roll of the 17th Lancers (reference WO 100/118) that was compiled and signed at Stobs Camp, United Kingdom, on, 17 July 1903. This was the recipients only medal entitlement for the South African War

Thomas Williams, was a native of Dyserth, Flintshire, Wales, where he was born circa 1877-78. Extant Pension Index Cards held and accessible at The National Archives indicate that Thomas served in the Great War during which he held the regimental number L/13283 (his cards show this and his former number 5000), and that he took his discharge from the British Army on, 18 December 1919. Post-war he returned to Dyserth, Flintshire, Wales. Thomas does not appear to have to have served overseas in the Great War, as there are extant medal index card, or respective entry's in the Great War medal rolls of the 17th Lancers. He was however a very early recalled reservist, as the local newspaper the Prestatyn Weekly issue of, 8 August 1914, included the below following article under the 'Dyserth' news column pertaining to the recipient;

For Home and Fatherland

Four reservists promptly answered the call to duty. Sergeant Cartwright the well known veterinary surgeon, has left his extensive practise to join the Shropshires. Sergeant R. Ivor Roberts to join the Denbighshire Corps, and Barnard parry and Thomas Williams the 17th Lancers at Woolwich. All are well known horsemen, and can be relied upon to give a good account of themselves should the opportunity arise. Needless to say they had an enthusiastic send-off.