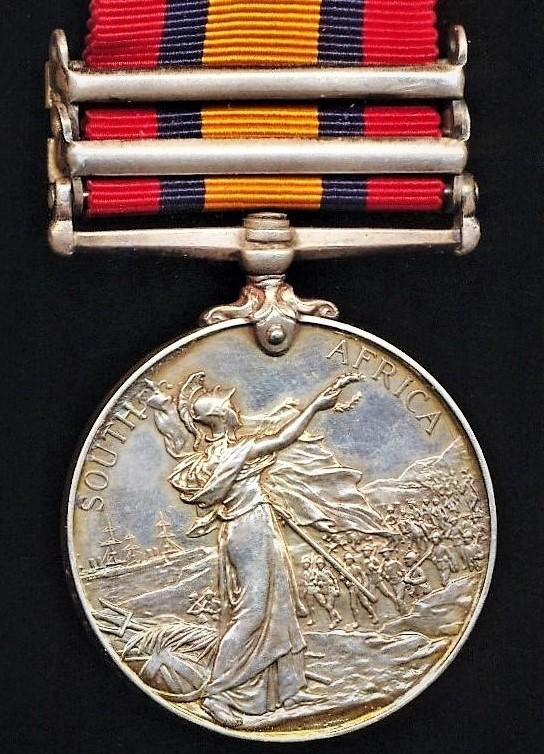 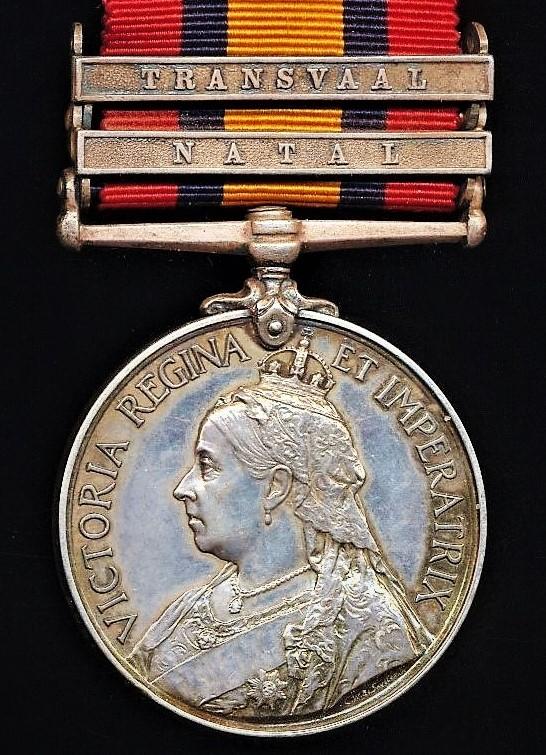 Medal & clasps verification: The medal and all 3 x clasps confirmed as entitled per the respective campaign medal roll of Edinburgh Company, Scottish Division Royal Garrison Artillery (reference WO 100/146) that was compiled and signed 'In-the Field' at, Ladysmith, Natal Colony, on, 17 July 1901. Gunner Paris was also entitled to the later dated clasp 'South Africa 1901' (ref WO 100/146). However, and typically, whether he was ever issued or received the later dated clasp remains unknown, as the medal roll for the dated clasp was only compiled and signed at Edinburgh on 24 August 1903, 2 x years after the original QSA medal roll entry for him had been compiled, and which time Gunner Paris had long taken his discharge.

James Paris, was a native of the parish of, St. Cuthbert's, Edinburgh, Scotland, where he was born in 1858. James had prior served for 10 years with the 3rd Volunteer Battalion Royal Scots, with which unit he terminated his engagement on, 21 March 1893. By trade a 'Cooper', James, re-enlisted for the, 3rd Volunteer Battalion Royal Scots, on, 20 May 1893. James transferred his service to the Edinburgh Company Royal Garrison Artillery (a Militia unit) on, 9 April 1894.

The medal retaining a length of original silk riband, now thread stitched and attached on reverse with a thread sewn brass ring, for wear or mounting