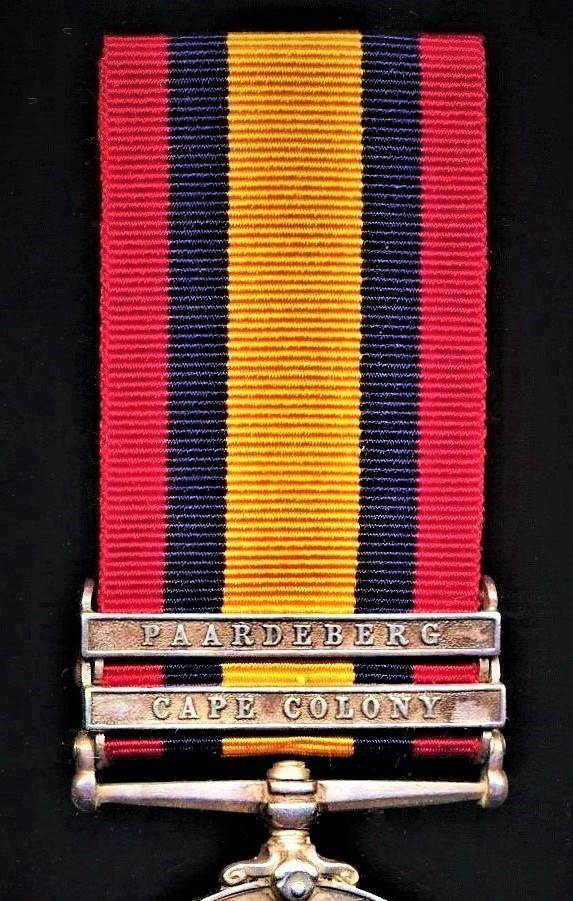 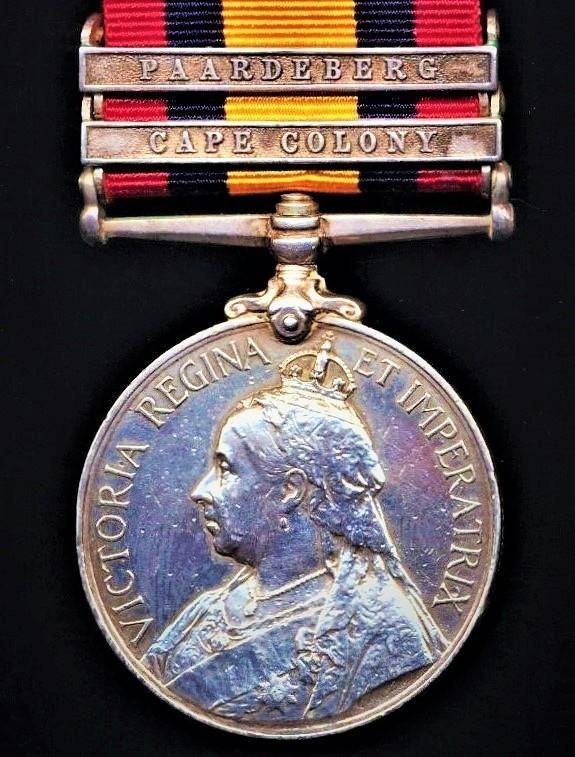 Note: The word 'Scot' officially corrected - and exactly as issued

Medal & clasps verification: The medal and all 3 x clasps confirmed as entitled per the respective campaign medal roll of 1st Battalion King's Own Scottish Borderers (reference WO 100/82) that was compiled and signed 'In-the Field' at Rooidraai, South Africa, on 2 February 1902. This the recipients only medal entitlement for the South African War

The recipient was a native of Markinch, Fife, Scotland. He prior served with 1st Battalion Gordon Highlanders, with which regiment he earned an Egypt & Sudan Medal with clasps together with a Khedival Star. He also later earned a LS&GC medal with the KOSB. During the Great War he served on 'Home Service' and was commissioned 'Lieutenant'.