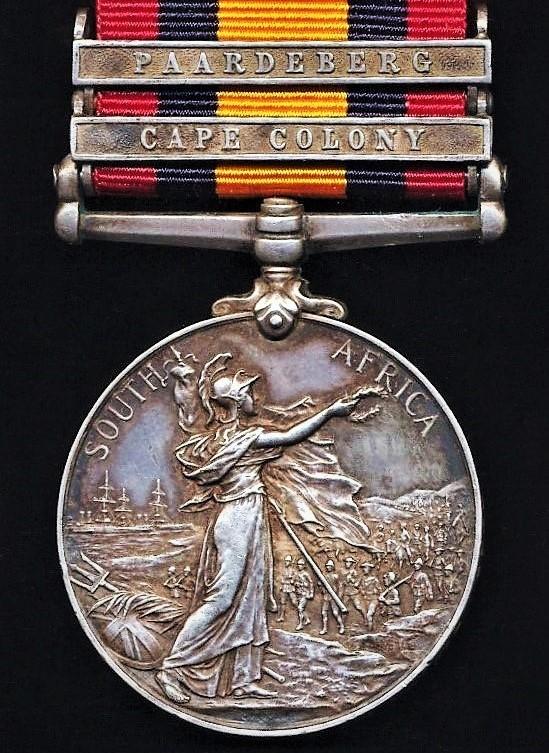 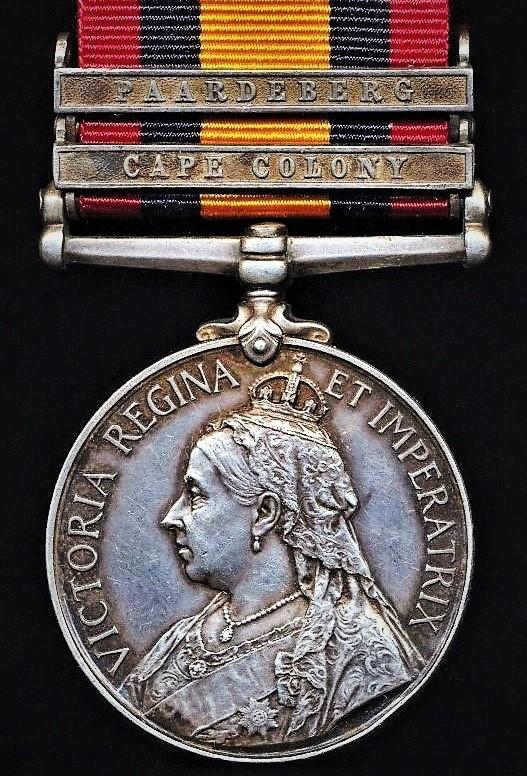 An obituary notice was published in the local press of the recipients home town, in the 'Leamington Spa Courier' issue of, 31 March 1900, and is quoted below;

A LEAMINGTON RESERVIST'S DEATH AT THE FRONT

Private F. Conway of, Dickins' Yard, Kenilworth Street, Leamington, a Reservist of the Seaforth Highlanders, died in South Africa, on Sunday last, from wounds received in action. Private Conway, who was 27 years of age, was called out on October 21st last year, being at that time employed at the Leamington Brewery. He arrived at the Cape on November 18th, and subsequently fought with his Regiment, under Lord Methuen at, Belmont, Graspan and Magersfontein, passing through all three engagements without receiving a wound. He afterwards took part in the fighting that preceded Cronje's surrender at Paardeberg, and being wounded in the back on, February 18th, was sent to the hospital. Whilst in the hospital he entirely lost the use of his legs, and eventually succumbed to the injuries which he had sustained. Conway had seen active service before going out to South Africa. He took part in the Chitral campaign, in which he was wounded, afterwards receiving treatment in Netley Hospital for six months. It is probable that he was wearing the Chitral medal when he sailed for the front, as he took it with him on leaving home. A brother of Private Conway, now serving with another battalion of the Seaforths in Egypt, took part in the battles of Atbara and Omdurman: and another brother, Corporal Conway, is with the 6th Royal Warwickshire Regiment in South Africa. It will thus be seen that this is a soldiering family.

Medal & clasps verification: The medal and both clasps confirmed as entitled per the respective campaign medal roll of 2nd Battalion Seaforth Highlanders (Ross-shire Buffs, The Duke of Albany's) reference WO 100/203, that was compiled & signed 'In-the Field' at Burghersdrop, South Africa, on, 19 September 1901. The medal roll has the entry 'Died of Wounds Paardeberg 24.03.00. This was the recipients full medal entitlement for the South African War

2/Seaforth at Paardeberg: At Paardeberg the losses of the battalion were again appalling, 2 officers and 50 men being killed or dying of wounds, and 5 officers and 95 men wounded. Their advance that day, like that of the Black Watch and Argyll and Sutherland Highlanders, commanded the admiration of all onlookers, some companies of the Seaforths being specially praised for the way in which they pushed down to the river, crossed it, and worked up the right bank along with some of the Black Watch. In Lord Roberts' despatch of 31st March 1900, 3 officers, 2 of whom were killed, and 6 men were mentioned for their good work at Paardeberg