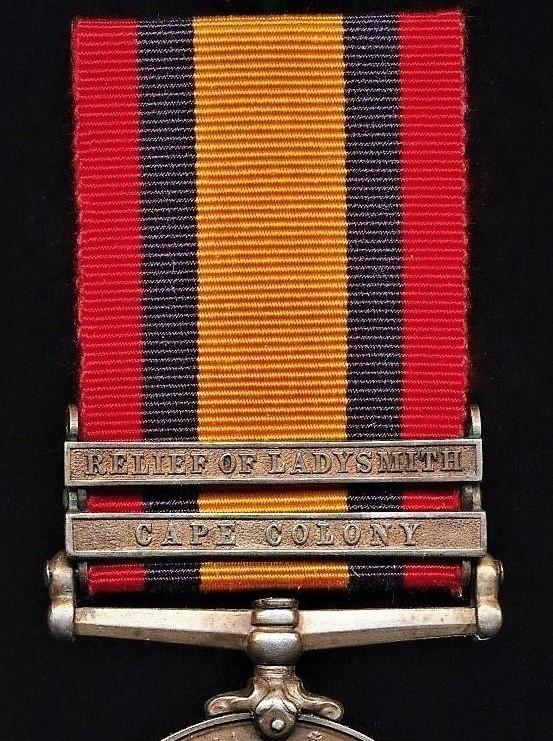 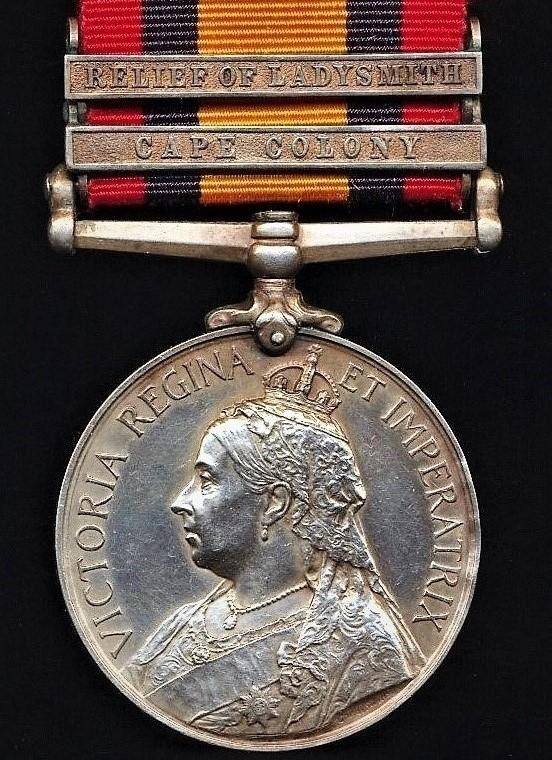 Medal & clasps verification: The medal and both clasps confirmed as entitled per the respective campaign medal roll of 1st Battalion Royal Inniskilling Fusiliers (reference WO 100/183) that was compiled and signed 'In-the Field' at, Pretoria, South Africa, on, 18 November 1901. The medal roll for the recipient with remark 'Deceased'. This was the recipients full medal entitlement for the South African War

1st Inniskillings at Colenso: This battle, which took place on, 15 December 1899, was the third major British defeat by the Boers in five days and the culmination of a period known as 'Black Week'. 1st Battalion The Royal Inniskilling Fusiliers, was serving in 5 (Irish) Brigade. In the early hours of 15 December, 5 (Irish Brigade), and batteries of field guns moved forward to ford the Tugela River in the dark. Unfortunately none reached their correct destinations and, worse still, they found themselves at day-break within effective range of the Boers' modern Mauser rifles. Confused orders resulted in the Inniskillings advancing through the forward battalions in a loop of the River Tugela where the Irish Brigade could not cross. The Inniskillings were caught in the perfect killing ground in the loop of the river where the Brigade's guide had been leading them to the wrong ford, Punt Drift. The Inniskillings lost 2 officers killed and 9 wounded & 21 other ranks killed and 81 wounded. General Buller's total estimated losses at Colonso were 1,167 killed, wounded and captured The Inniskillings lost 2 officers killed and 9 wounded; 21 other ranks killed and 81 wounded. The Faughs suffered one officer wounded, 3 men killed and 21 wounded. Buller's total losses were 1,167 killed, wounded and captured