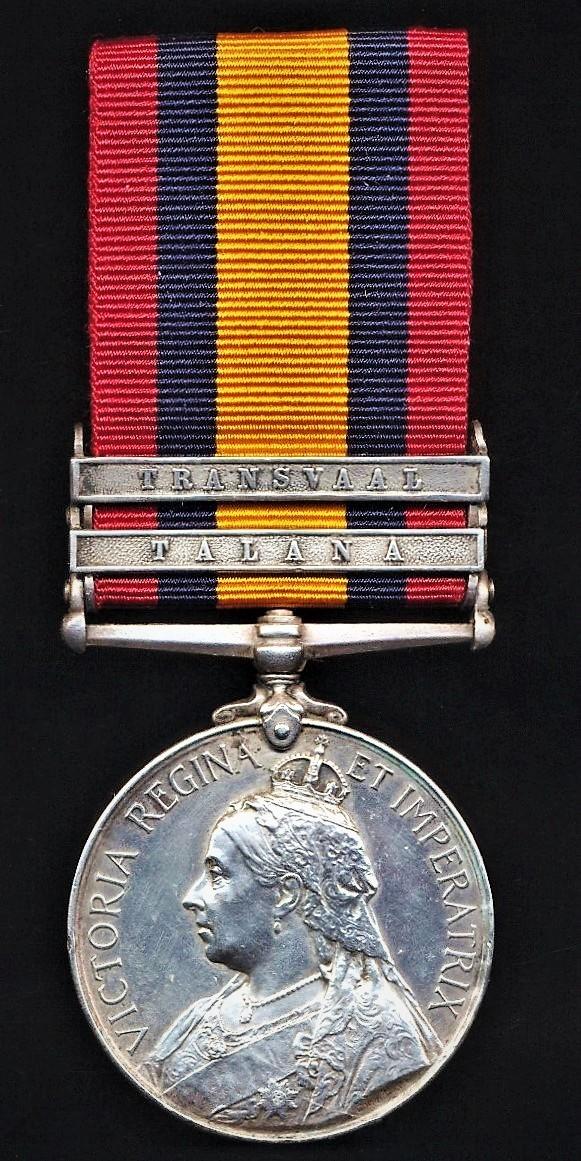 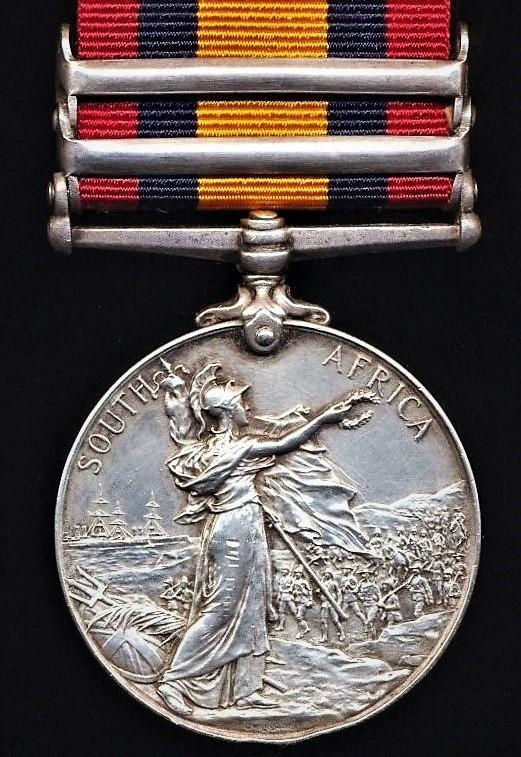 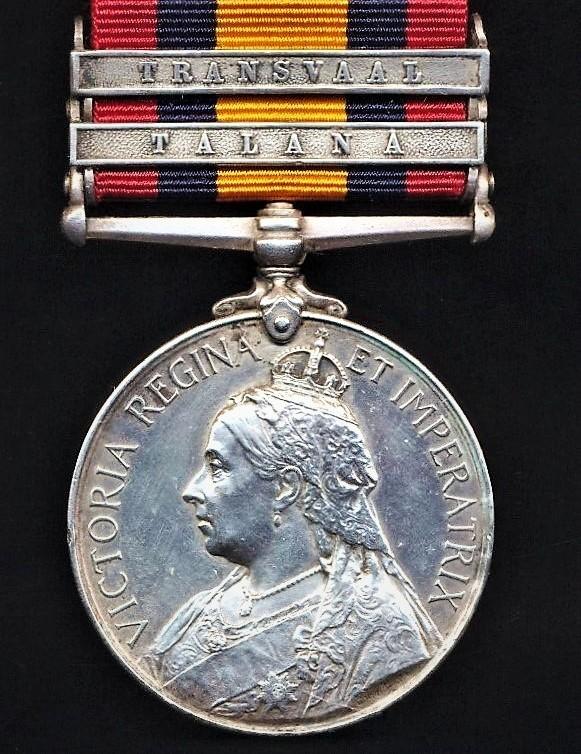 Prisoner of War: Private P. Caffery, 1st Battalion Royal Irish Fusiliers is confirmed being captured by the Boer enemy at Nicholson's Nek (Natal Colony) on 30 October 1899, and being subsequently released as a 'Prisoner-of-War' at Waterval on, 6 June 1900. He had been held just over 8 months as a Prisoner of War (Reference the 'Ballymena Weekly Telegraph' issue of 21 July 1900, that contains a list of released RIF POW's including the recipient

Medal & clasps verification: The medal and both clasps confirmed as entitled per the respective campaign medal roll of the 1st Battalion Royal Irish Fusiliers (Princess Victoria's) reference WO 100/205, that was compiled and signed 'In-the-Field' at, Springfontein, Orange River Colony, South Africa, on, 30 July 1901. The recipients medal roll entry having remark 'Deceased'. This was the recipients only medal entitlement for the South African War