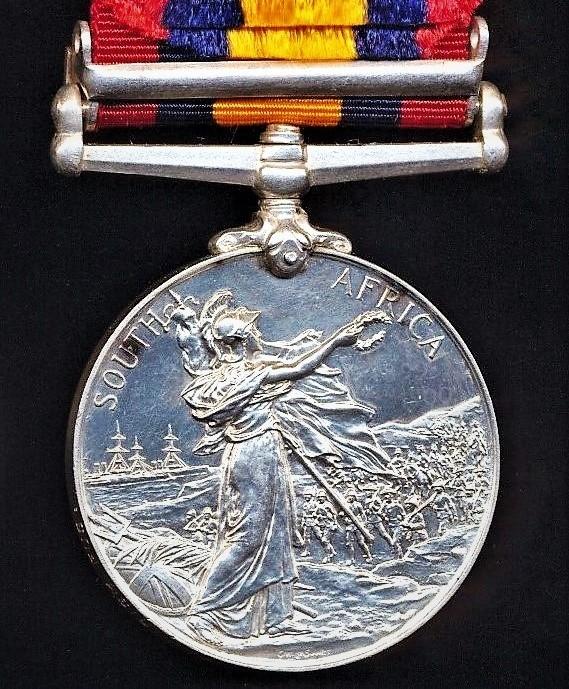 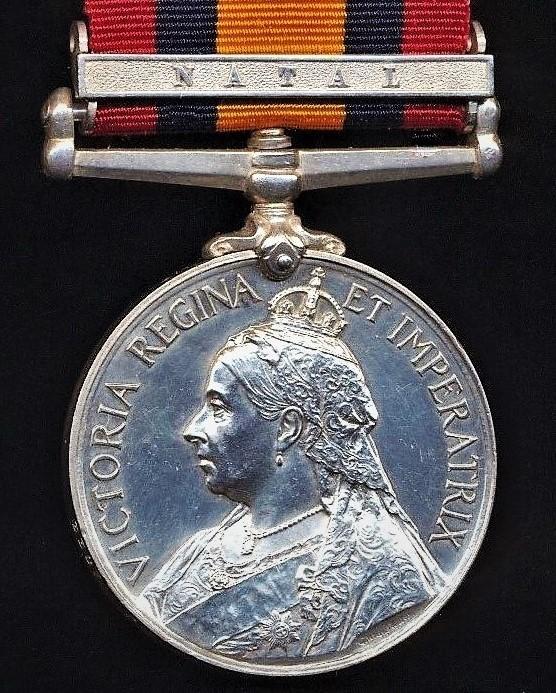 Medal & clasps verification: The medal and clasps confirmed as entitled per the respective campaign medal roll of the 2nd Battalion Royal Irish Fusiliers (Princess Victoria's) reference WO 100/205, that was compiled and signed 'In-the-Field' at, Machadodork, South Africa, on, 9 July 1901. This was the recipients only medal entitlement for the South African War

John Hughes, was a native of the parish of, Dundalk, County Louth, Ireland, where he was born in 1871. By trade a 'Labourer', John was 18 years & 3 months of age, when he enlisted for service with the regular British Army, on, 9 October 1889, at Newry, Ireland. Prior to enlisting, he cited that he was a serving volunteer member of the 6th (Militia) Battalion Royal Irish Fusiliers. On enlistment the terms of his short service engagement were 7 years 'With the Colours' & 5 years on the Army Reserve, and the same day, he was posted to the Regimental Depot of the Royal Irish Fusiliers. On, 12 January 1890, after completion of his basic training, he was transferred to 2nd Battalion Royal Irish Fusiliers, and on, 28 November 1891, was transferred to 1st Battalion Royal Irish Fusiliers. John was promoted Corporal, 25 March 1897, and on, 25 January 1898, he was transferred to the Army Reserve. As a 'Reservist' John was re-called to the colours in 1899, and posted to 2nd Battalion Royal Irish Fusiliers, on, 19 October 1899, at which time he was given the rank of Corporal. While on active service during the South African War, John fell foul of military discipline when on 2 December 1899, he was arrested for 'Drunkenness' and as a consequence was 'Reduced to the Ranks', and reverted to being a Private. By the time he took his final discharge from the British Army on, John Hughes had served a total of 12 years & 219 days, and a summary of his service history is shown below:

Note: The recipients service papers are extant and are held & accessible at The National Archives