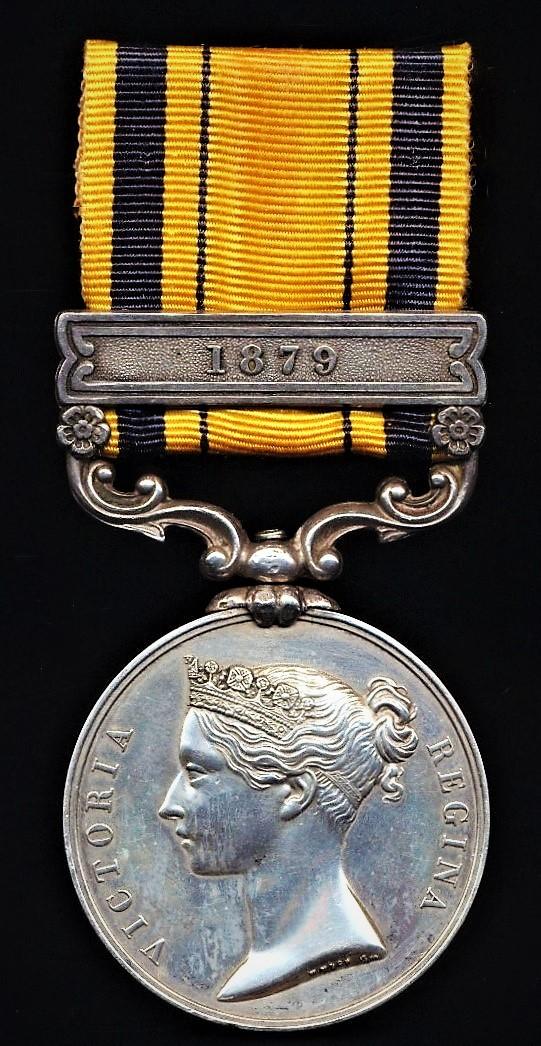 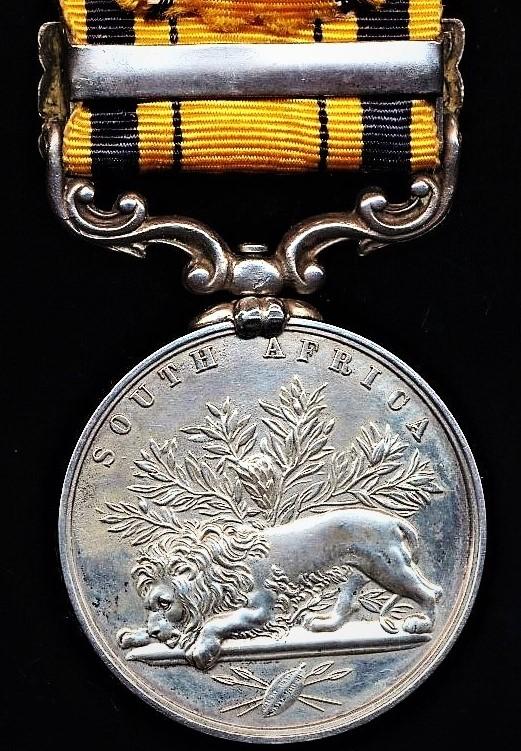 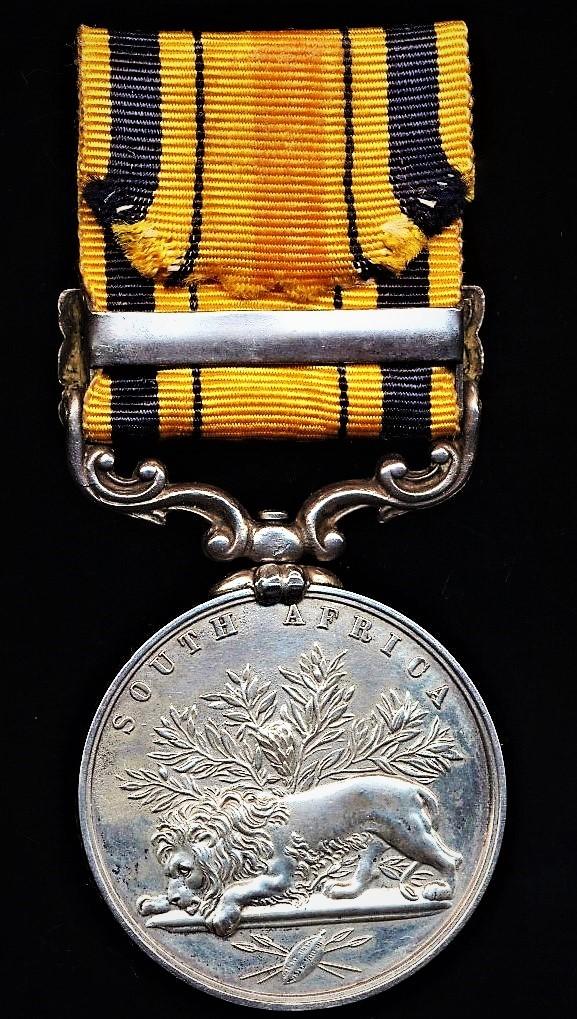 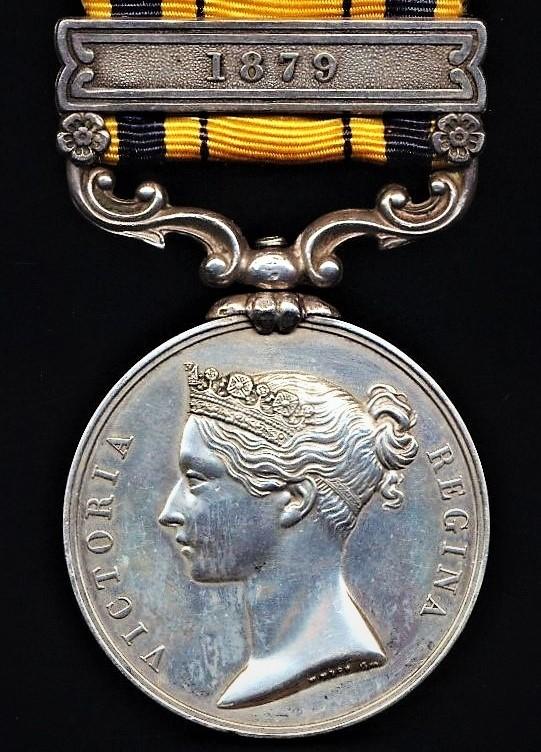 Casualty?: The recipient, John Bull, is shown as 'Dead' in medal roll at time of compilation on 22 January 1880

Note: The medal named in an unfamiliar contemporary engraved script, and hence being sold as re-named, and as-found

The medal roll confirms that 2287 Private John Bull, 88th Foot, qualified for his medal for fighting in two separate campaigns while in South Africa, viz:

Important: Under remarks column of the respective medal roll, the recipient is marked as 'Dead' with remark 'no trace of issue'

94th Regiment of Foot South Africa 1879-1880: The regiment embarked for South Africa in spring 1879 and saw action at the Battle of Ulundi in July 1879 during the Anglo-Zulu War. The regiment then marched into the Transvaal and took part in the successful attack on Sekukuni's stronghold on 28 November 1879 during the Basuto Gun War. Two Victoria Crosses were awarded to members of the regiment for their conduct during this latter campaign