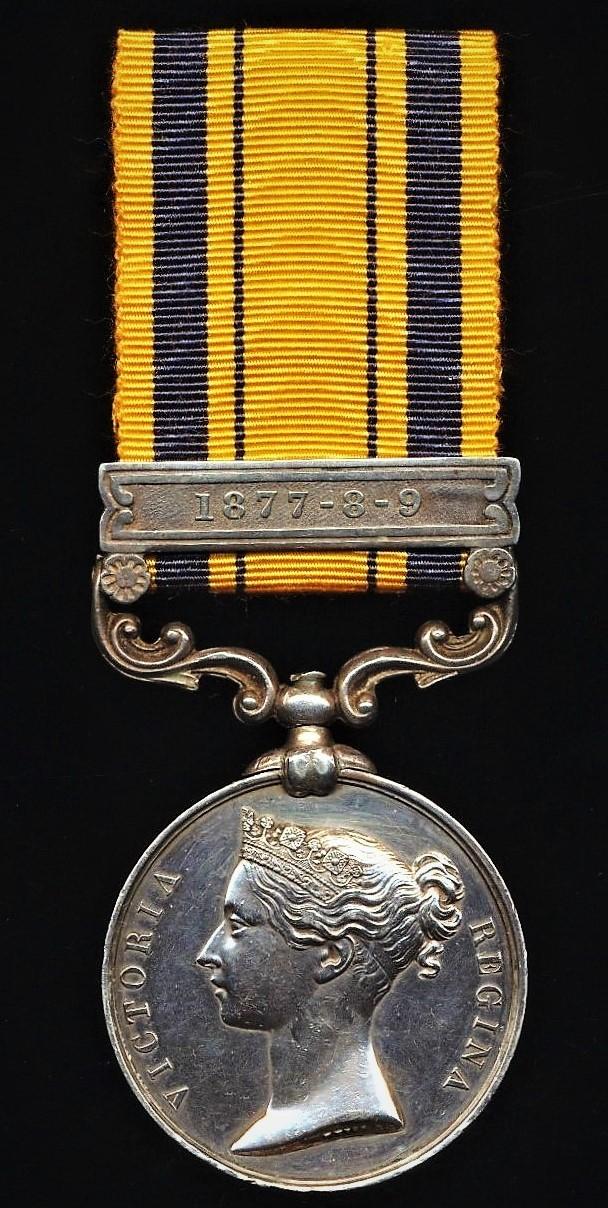 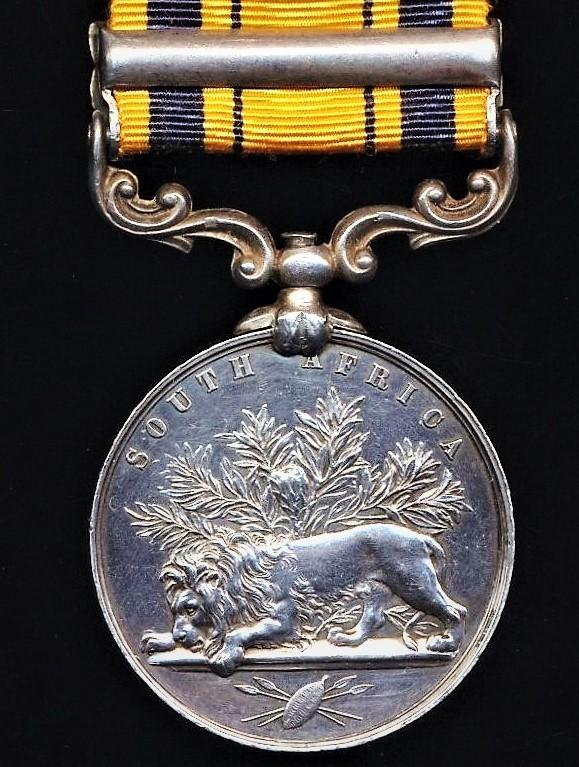 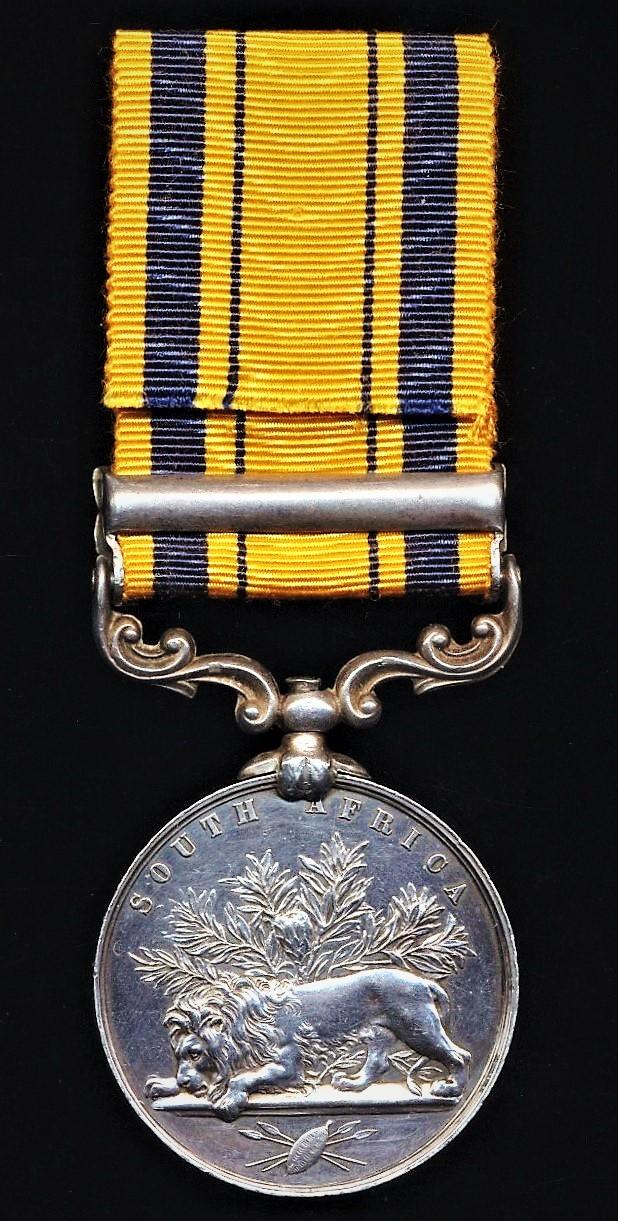 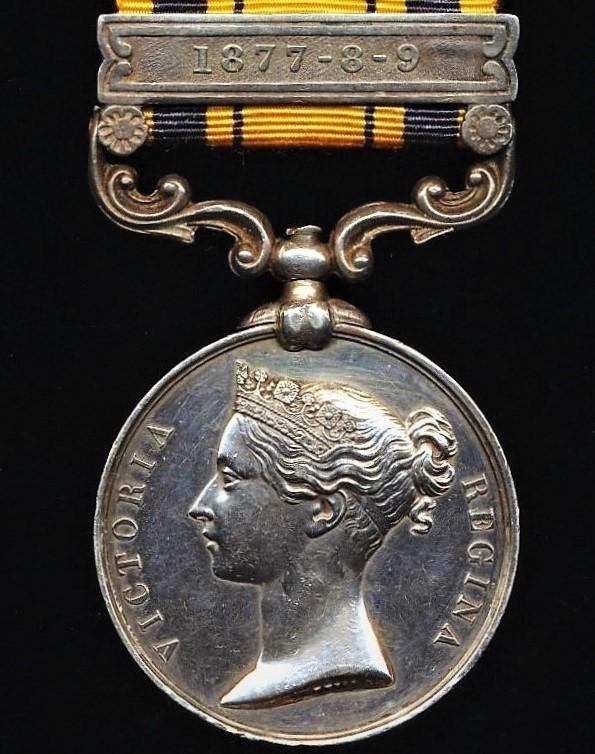 The medal roll confirms that 967 Private Edward Toole, 88th Foot, qualified for his medal for fighting in two separate campaigns while in South Africa, viz:

No service papers appear to be extant at the National Archives for Edward Toole, however it is known that he enlisted for the British Army and was posted to the 88th Foot in 1876, as No 976 Private Joseph Ryan of the same regiment (who joined the Connaughts just 9 x enlistments after Edward Toole - and whose service papers are extant) had attested at the Brigade Depot of the 88th Foot on 30 October 1876, and was posted to the 88th on 31 October 1876

Interestingly, a man called Edward Toole (1860-1885), 25 years of age, and described as a Pauper (Museum Keeper) is recorded as having died at Bombay, India, on, 13 March 1885, from a liver complaint, and was buried at Sewree Cemetery, Bombay

A most desirable 'Zulu Medal' medal to one of the 'Devils Own', the Connaught Rangers