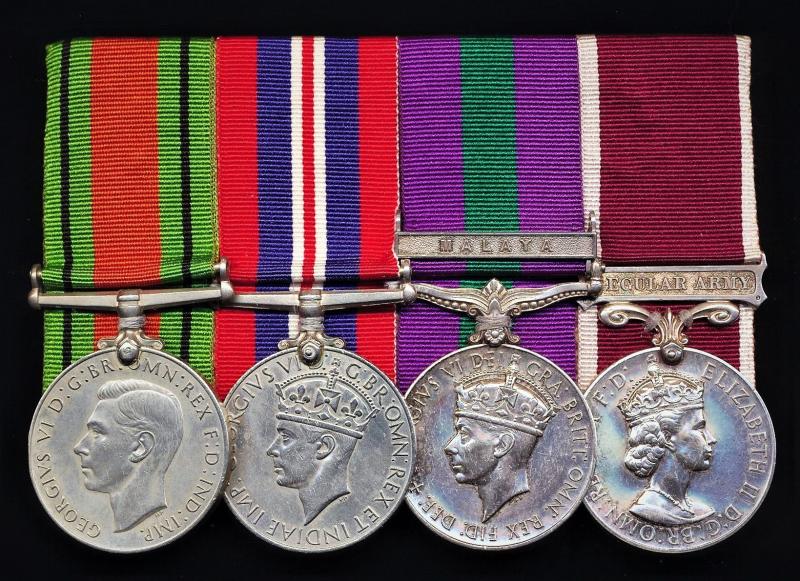 Note: The recipients unique Army number is from the block allocated to the Royal West Kent Regiment, indicating that the recipient had first enlisted into the RWK's when he had originally joined the British Army, sometime prior to 1941

The medals mounted in the court-style. The reverse of the mounting bar retaining the original long hinged pin & clasps fittings