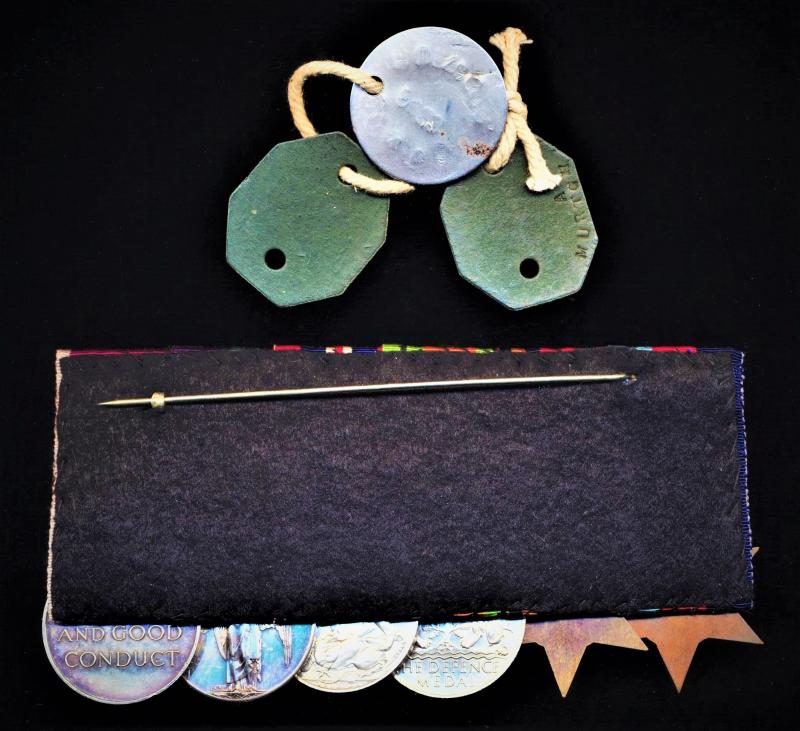 Mentioned-in-Despatches: Award published in the London Gazette issue of 19 July 1945, and again on 27 September 1945. The preamble to the award stating:

The KING has been graciously pleased to approve that -the following be Mentioned in recognition of gallant and distinguished services in Burma:

At the time of the award, Captain Murtagh was serving with the 1480th Company Indian Pioneer Corps

Richard Murtagh was born in Ireland on 21st April 190. He served with the Connaught Rangers just prior to the regiment's disbandment, subsequently transferring to the Argyll and Sutherland Highlanders. During the Second World War Company Sergeant Major Richard Murtagh was granted an Indian Army Emergency Reserve Commission, when on, 26 November 1942, he was appointed 2nd Lieutenant (No.6989) and posted to the Indian Auxiliary Pioneer Corps on 26th November 1942, subsequent promotions came fast viz; War Substantive Lieutenant; Acting Captain; Temporary Captain on 15th December 1943, and awarded a brace of 'Mentions' for gallant and distinguished service in Burma. After the war he transferred to a Regular Army Short Service Commission as a Lieutenant (No.417750) into the General List on 1st December 1948, and after service in Malaya during the Malayan Emergency, was promoted to Captain on 1st December 1952. In addition to 'Malaya', post-war Captain Murtagh, served in Singapore Colony and Hong Kong Colony

The medals mounted in the court-style & as-worn by the recipient. The mounting bar retaining its original long hinged pin and clasp fittings