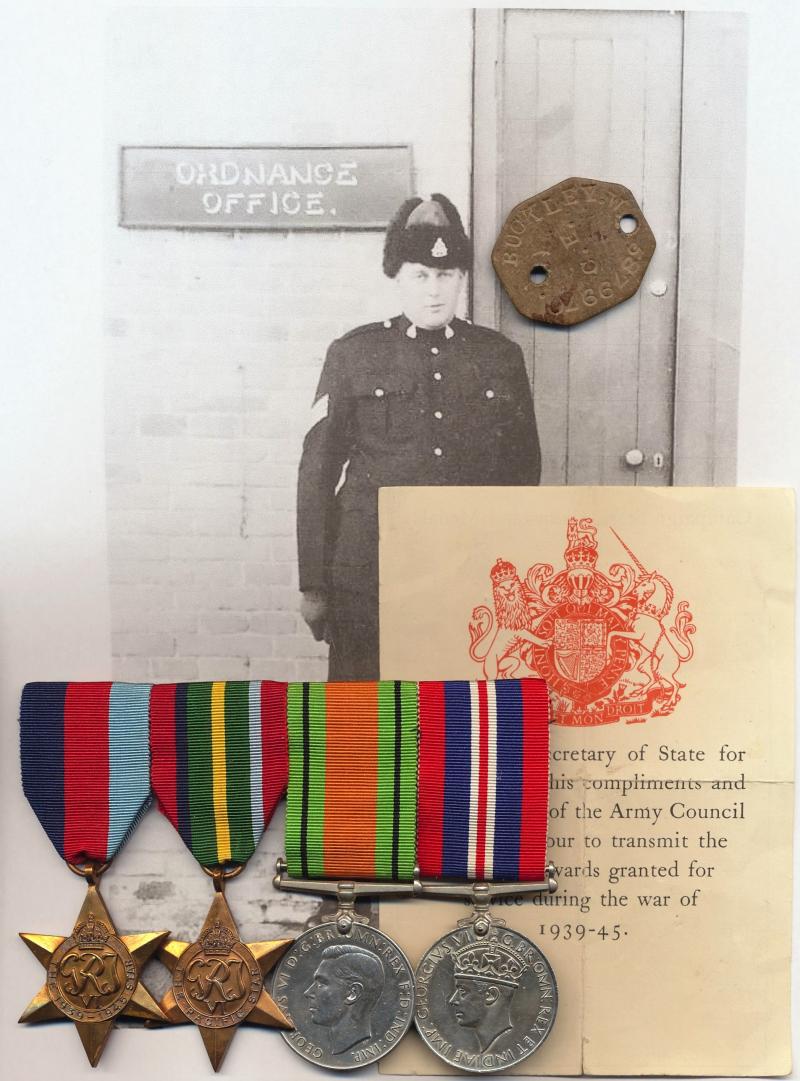 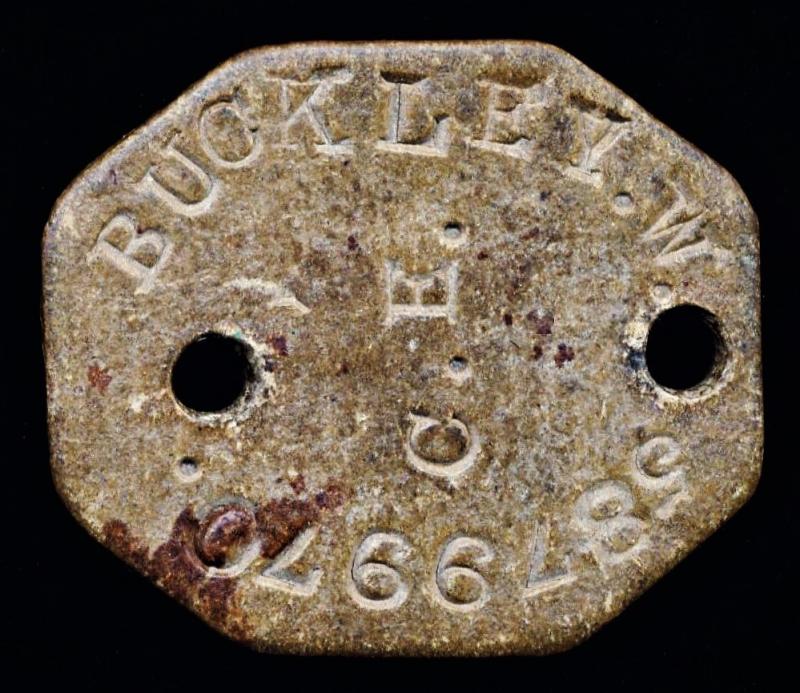 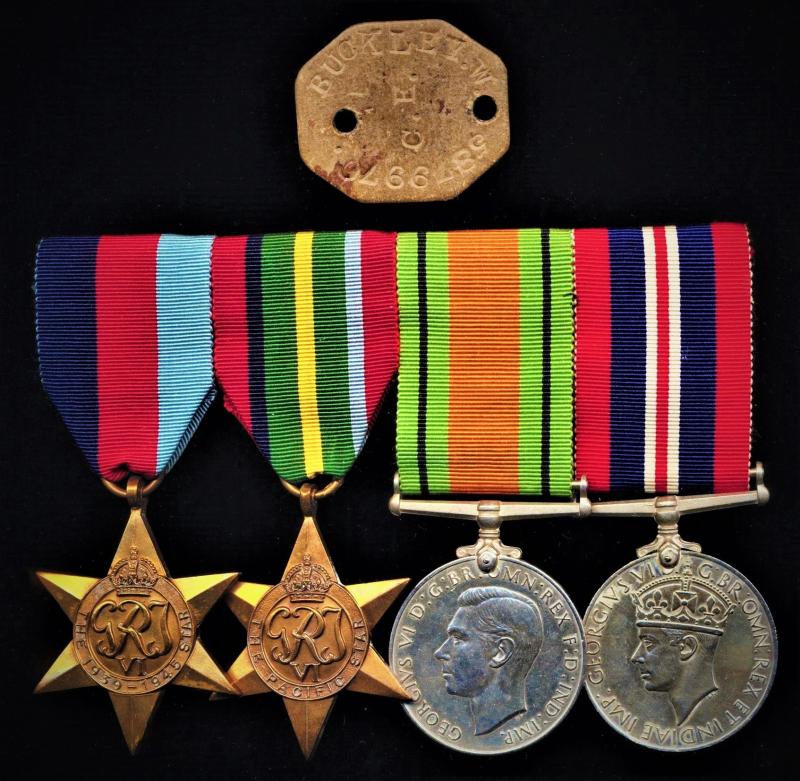 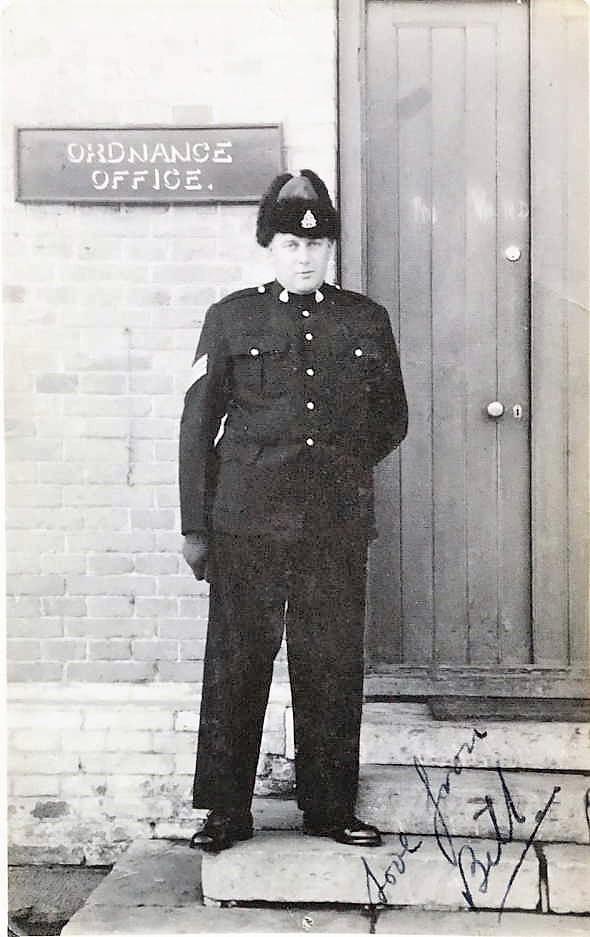 Important: Sergeant Buckley was the British NCO named in one of the 'Charges' of collaboration brought against the senior-most British Officer in Hong Kong, Maj Cecil Boon, R.A.S.C. who was tried post war for alleged 'Collaboration' with the enemy - a capital crime - which if proven would result in 'Execution'. In the event, at the trial held in London, whereat Sergeant Buckley was called to give evidence against Major Boon, the outcome of the deliberations were that Major Boon was found not guilty - a decision that rankled many former British inmates of the Shamsuipo Camp in Hong Kong, not least Sergeant Buckley, who believed he had been shopped to the Japanese by Major Boon. Fortunately, Sergeant Buckley survived the outcome of his being 'shopped' to his captors, but which as a consequence made him a marked man, and hastened his subsequent transportation to Japan

William Joseph Buckley, son of Ellis Buckley (an Insurance Agent), and Kate Buckley (nee Merivale), was a native of, Moreton Pinkney, Northamptonshire, England, where he was born on, 19 April 1906 (baptized on, 3 June 1906). His notified next of kin on his Japanese POW Card (held and accessible at The National Archives) was his father, who in 1941, was living at, 4 Hillview, Eydon, Rugby, Warwickshire, England. William enlisted in the British Army on, 21 February April 1925, at which time he was posted to the Northamptonshire Regiment, his unique Army Number being in the block allocated to the Northamptonshire Regiment, an infantry unit of the British Army. William subsequently transferred to the Royal Army Ordnance Corps., and served in 'North China' prior to the Second World War (a portrait photograph attributed to him, on the Ancestry website, shows him in 'North China Winter Dress, wearing Sergeant's rank chevrons and wearing his RAOC insignia. Sergeant Buckley was serving in Hong Kong Colony at the start of the Pacific War, 8 December 1941. In December 1941, the R.A.O.C. unit in Hong Kong mustered an estimated 15 x Officers & 117 x Other Ranks. He was captured by the Japanese at Stanley, Hong Kong island, on 25 December 1941. After his capture at the fall of Hong Kong Colony, he was held in the below following POW camps:

William had been transported from Hong Kong to Japan, as a member of the 5th Transportation that occurred in December 1943. At the time of his liberation from incarceration as a Prisoner-of-War, he was located at Nagoya, Japan. at 'Liberation; he gave his home address as, 4 Hillview, Eydon, Rugby, Warwickshire, England. The death of William Joseph Buckley, at, Brackley, Northamptonshire, England, was registered in February 1980

The medals mounted in the swing-style & as-worn by the recipient. The silk ribands suspended from a mounting bar that retains its original long hinged pin and clasp fittings

A rare opportunity to obtain a Battle for Kong Kong veterans medal group to a Senior N.C.O., who was cited as a witness in the famous post-war trial 'Collaborator' against Major Cecil Boon - the senior-most officer of the British Army in Hong Kong Colony to be brought to trial for allegations of collaboration (a Capital Crime) with the occupying Imperial Japanese Army