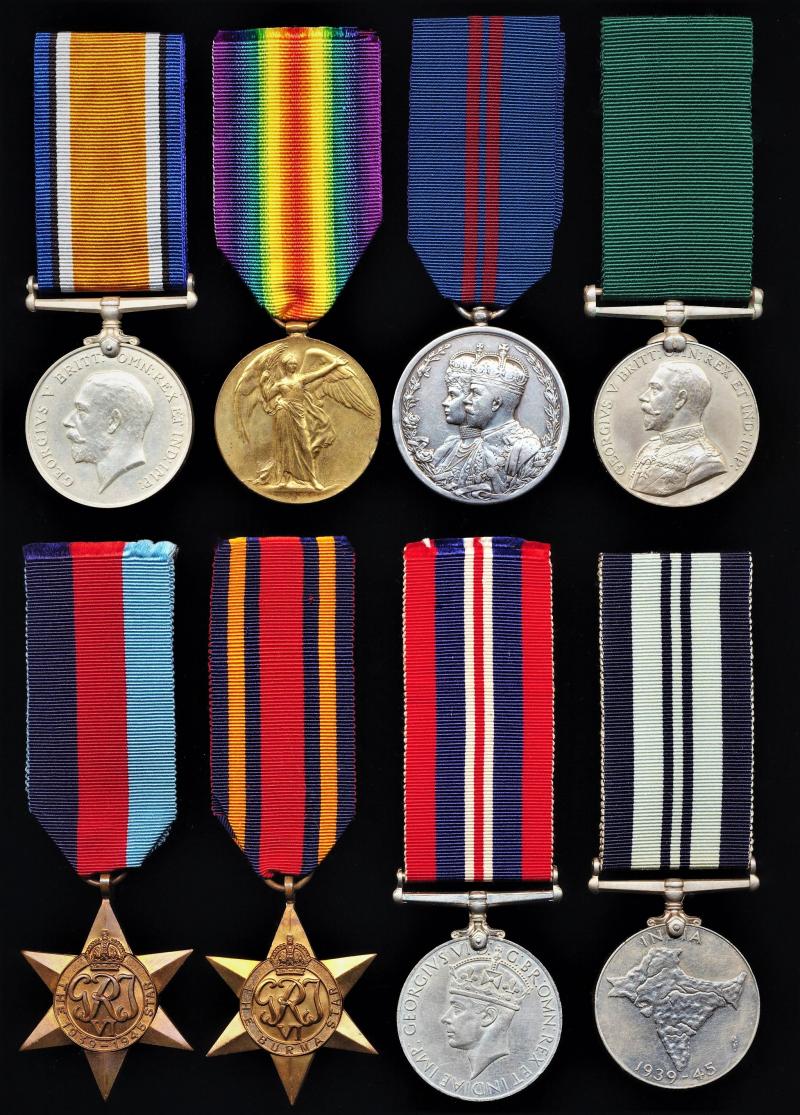 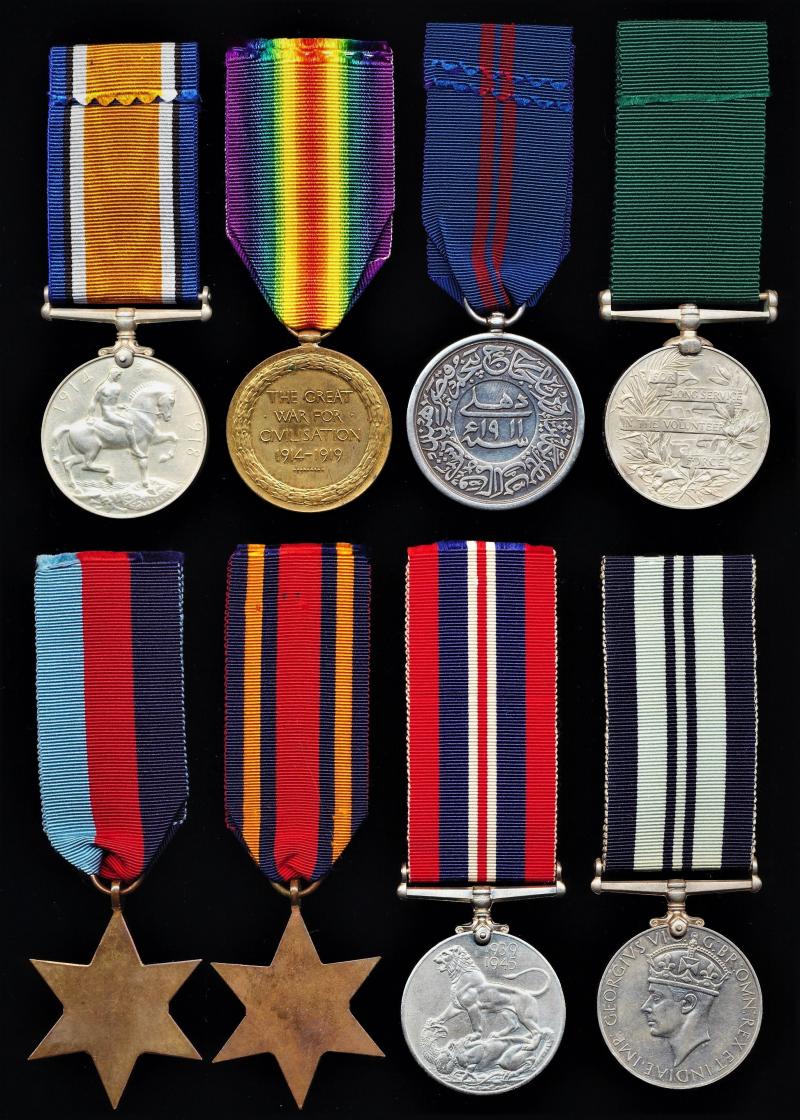 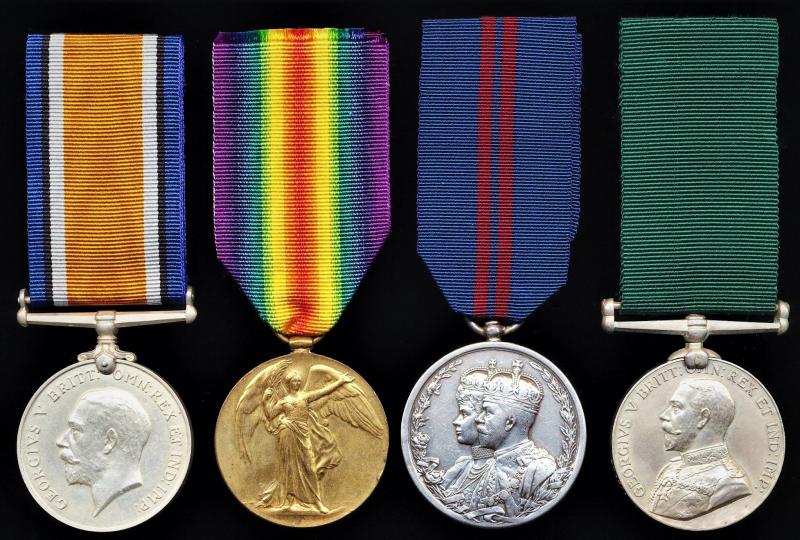 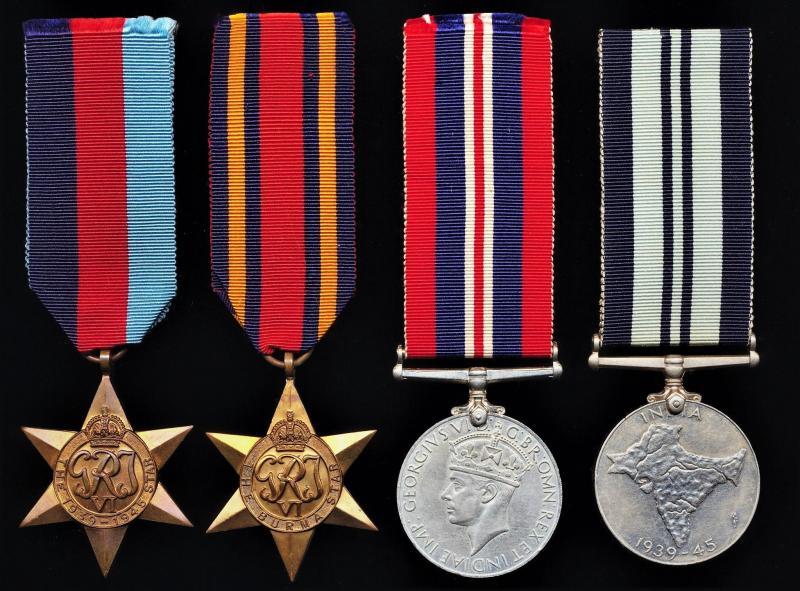 Naming: The BWM only with minor official corrections to 'MAC' of surname - & exactly as issued

Norman Harry Neynoe MacLeod, son of Norman Neville MacLeod (an Indigo Planter) and Nelly (sp) Octavia MacLeod (nee MacPherson, and daughter of an Indigo Planter) was an 'Ulsterman Son of Empire' who was born at, Jamalpore / / Tirhoot, Bihar, India, on, 16 December 1885 (he was baptized at the Pandool (Pundoul) Factory, Tirhoot, on, 18 January 1886. Unlike his Scotch-Irish forebears before him, Norman did not become an Indigo Planter, and instead became a 'Tea Planter' at an early age, and for the rest of his professional working life is variously recorded as, Assistant / Manager / Tea Planter / Partner, at Tea Gardens located in Assam. Norman was a fluent speaker of 'Hindustani, and during his his early years as a 'Tea Planter' (1906-1914) he was employed by the East India & Ceylon Tea Company Limited. In 1911 he was present at Delhi for the great Durbar celebrations, and was one of just 23 x recipients of the Surma Valley Light Horse, to be present and receive a Delhi Durbar Medal

During the Great War, Norman obtained a commission firstly in the Royal Scots Fusiliers (appointed Temporary Second Lieutenant on, 7 October 1915) transferring to the Royal Flying Corps and latterly the Royal Air Force. While serving with the Royal Flying Corps / Royal Air Force, Norman was trained at as a Kite Balloon Officer, at the Balloon Training Wing, in Roehampton, from December 1917, and from 7 July 1918, served overseas in France with the, 47th Kite Balloon Section, in the British Expeditionary Force (his extant RAF service papers held at The National Archives refer). Norman took his discharge from the Royal Air Force, when he was transferred to the RAF 'Unemployed List' on, 11 February 1919

Lieutenant MacLeod had married, on, June 1918 (prior to leaving for France), married Blanche Briscoe, at Waterford, Ireland. Blanche was a member of a famous 'Fighting Irish' family with long traditions of providing sons for service with the British Army (both as officers and earlier as other-ranks - see the issue of with a blistering letter of 'Briscoe Service' in the Great War ). The MacLeods, were blessed with two children, firstly a daughter, Manareen Maureen Neynoe MacLeod (born Dundalk, County Louth, Ireland, on, 26 February 1919) and then a son Norman Rupert Neynoe MacLeod, who was also born in Dundalk, Ireland. At the time of the death of his son, who was 'Killed-in- Action' in Assam, on 13 May 1944, during the Burma campaign, Norman Harry Neynoe Macleod, was resident at, Mookhamcherra, Dullaboherra, Assam, India

Throughout the numerous voyages Norman made to/from British India, he was always recorded as being a native of Ireland or Northern Ireland. On what was his last return voyage from British India, on, 6 May 1947, when he disembarked at Liverpool, England, from the Canadian Pacific steamer S.S. 'Empress of Australia' , his intended place of future residence was recorded as, 2 Victoria Place, Newcastle, County Down, Ireland

Norman Rupert Neynoe MacLeod, only son of Norman Harry Neynoe Macleod (Tea Planter, Assam, India) & Blanche MacLeod (nee Briscoe), was a native of Dundalk, Co, Louth, Ireland. He is recorded travelling with his father back to India aboard the Achor Line steamer 'Britannia', which sailed from Liverpool, England, on, 16 May 1940, bound for, Bombay, India, at which time, both father and son showed that India was to be their next intended place of permanent residence. This was the occasion when Norman (jr) was to begin his cadet training, induction and commission into the British Indian Army. Prior to leaving for India, Norman and his father had been living with his mother's family, Major Briscoe, in County Down, Ireland. Norman (jr) was granted an Emergency Commission in the British Indian Army, and with rank of Lieutenant was posted the war-raised 4th Battalion 4th Gurkha Rifles on, 4 May 1941. Norman remained in India with 4/4 GR, on internal duties through to May 1944, when while serving in Madras, South India, he was posted to 1/4 GR, together with a company draft. In May 1944, 1/4 GR was then serving under 14th Army in Assam, during the Burma campaign. On attachment to 1/4 GR, he was posted as Adjutant & Company Commander. The Regimental History refers to Norman's death in an early morning attack against enemy positions on the 'Silchar Track' on 13 May 1944, when after Major Hammond & 3 x Gurkha VCO's were wounded, Norman took command of 3 x platoons to press home the attack, as under:

Lieutenant MacLeod who had, joined the battalion only two days before and who was eager to be deployed, was thereupon given charge. MacLeod went forward with the utmost gallantry, but was killed in the act of rallying the men who in the first attempt had gained the crest of the slope and were close below the enemy's position.

Norman Rupert Neynoe MacLeod, was not married. His parents being his notified 'Next-of-Kin'