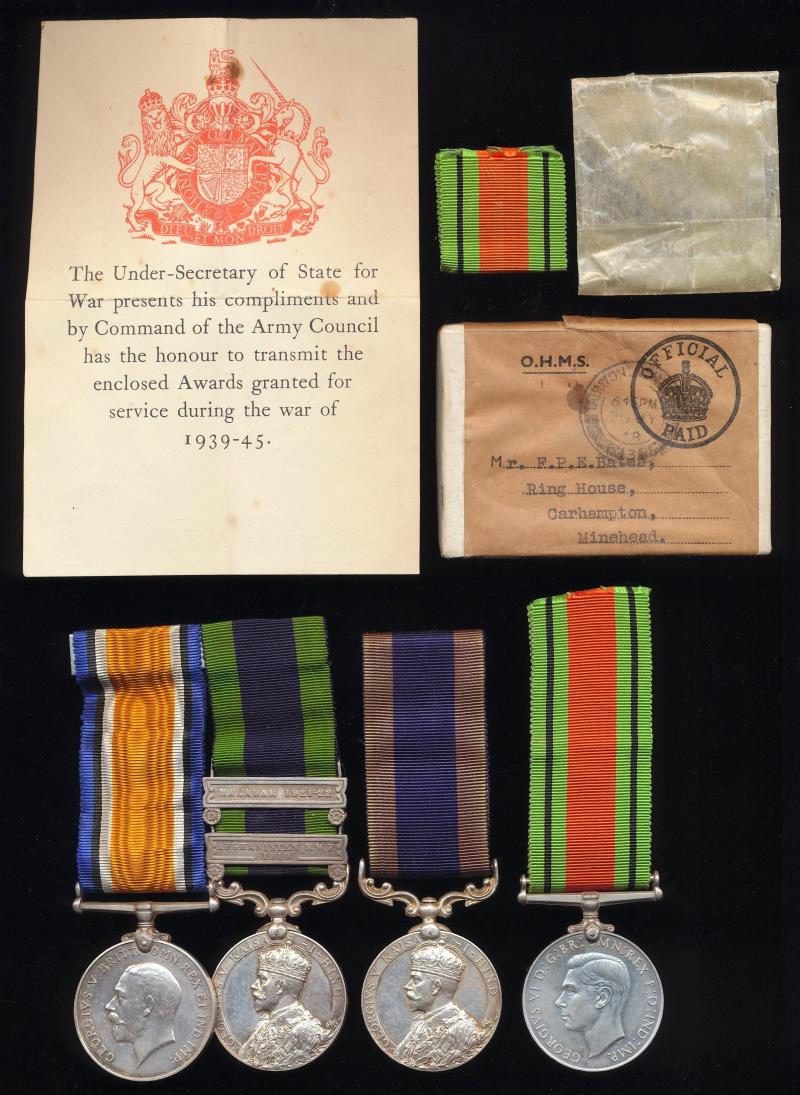 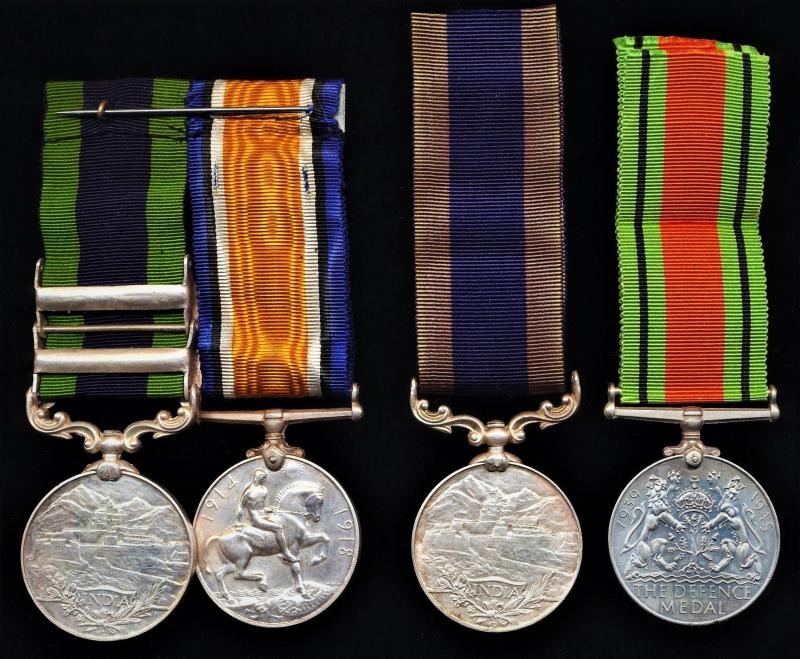 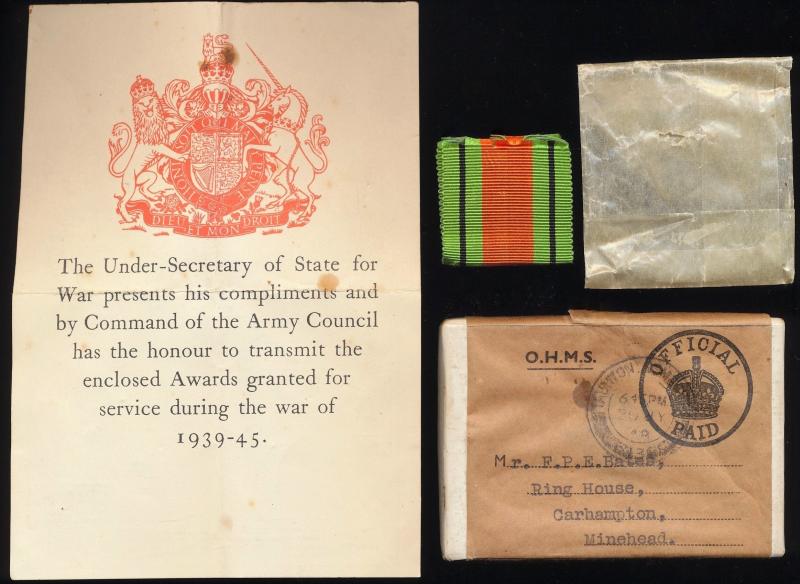 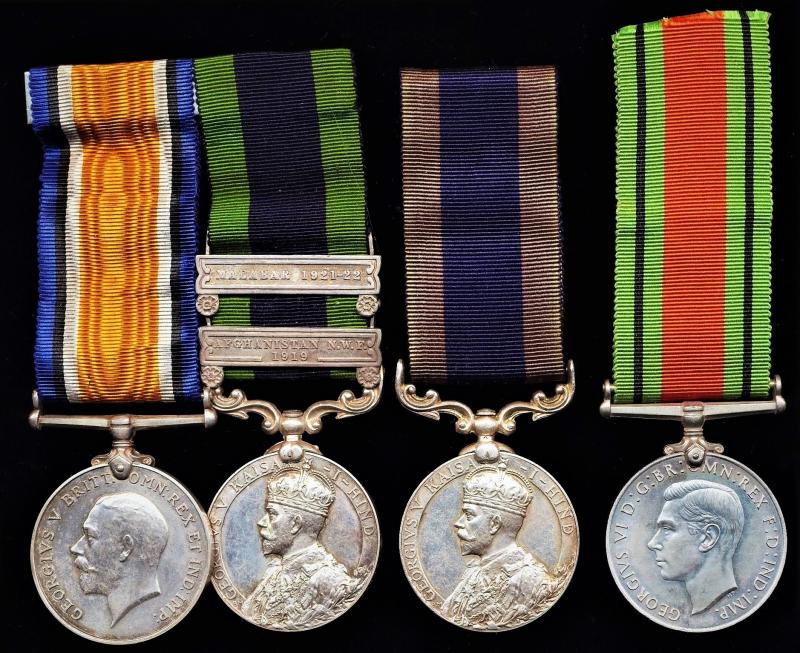 The group of 4 comprises;

Frank was first commissioned into the Indian Army on, 31 August 1918, and earned his British War Medal as a Second Lieutenant, then serving with the 'War raised' 2nd Battalion 35th Sikhs (his Medal Index Card refers). Indian Army Lists show him serving with 1st Battalion 54th Sikhs in September 1918, but it was while attached to 2nd Battalion 35th Sikhs that he served during the Third Afghan War and North West Frontier Campaign in 1919. He was promoted to Lieutenant on 19 August 1919, and was serving as a Company Officer with the 83rd Wallajahbad Light Infantry during the Malabar campaign 1921-1922. The Supplement (January) to the 1922 Indian Army List, records the 83rd W.L.I. stationed at Cannanore, with a detachment at St. Thomas Mount, Madras. By the time of the Indian Army List of April 1922, Frank is shown still attached to the 83rd W.L.I., which regiment was then stationed at St. Thomas Mount, Madras, with a detachment on duty at Trivandrum

The National Register for England & Wales records Frank Page Elton Bates, (married - his wife was Peggy Doreen Bates (nee Phillips)) and resident at, Ring House, Carhampton, Minehead, Somerset, England, where he was a Nurseryman and owner of his own 'Glass House Garden' facility. Frank earned his Defence Medal (issued to him from the Army Council) as a member of his local Home Guard unit. Frank is recorded as having died at, Carhampton, Minehead, Somerset, on, 13 September 1977

The Great War & IGS 1908 medal with clasps mounted as-worn in the swing style, suspended from their original silk ribands. The reverse of the mounting bar retaining the original long hinged pin & clasp fittings