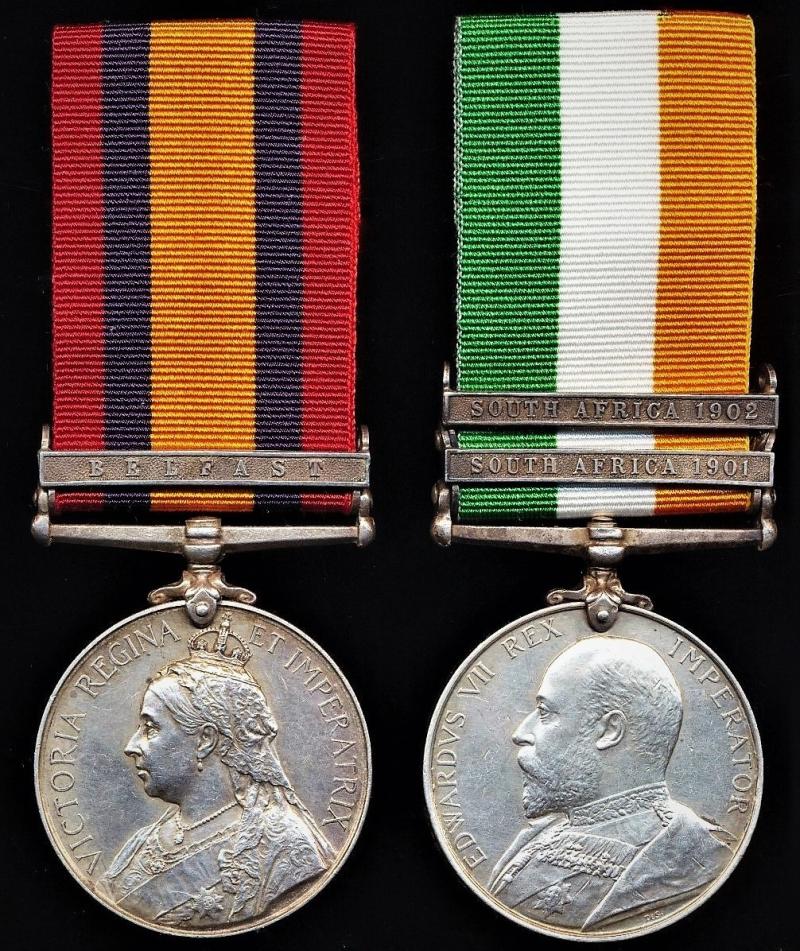 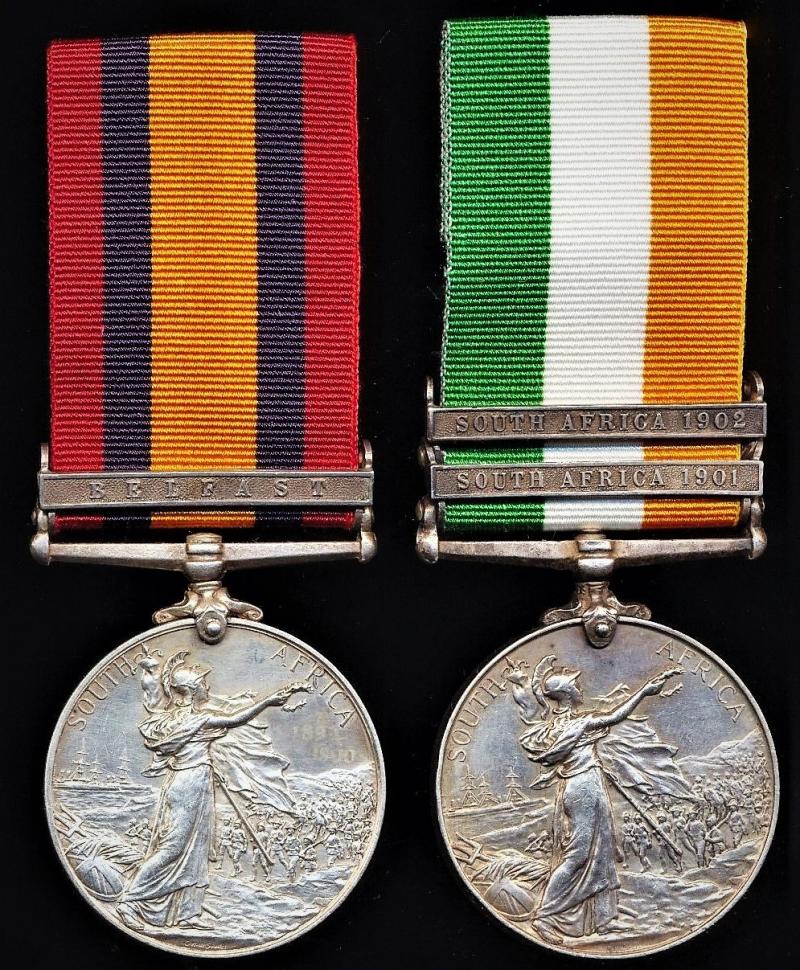 Medals and clasps verification: Both medals confirmed entitled per the respective campaign medal rolls of the King's Royal Rifle Corps

Note: The recipient’s service papers (extant and held / accessible at The National Archives) only disclose entitlement to the single 'Belfast' clasp. Although the medal rolls shows additional entitlement to the clasps for, Cape Colony, Orange Free State and Laing’s Nek, there is no indication on the medal rolls that these additional clasps were ever issued & received by the recipient. The medal with single clasp being exactly as issued

John Griffiths was born in London and attested for the King’s Royal Rifle Corps at Winchester on 26 February 1892, having previously served in the 1st Rifle Brigade. He was transferred to the Reserve on 11 April 1897, but was recalled for service on 15 February 1900 and served with the 1st Battalion in South Africa during the Boer War, and on attachment to the 4th Division Staff. Invalided home on 9 March 1902, he transferred back to the Reserve on 23 March 1903, and was discharged on 25 February 1904, after 12 years’ service