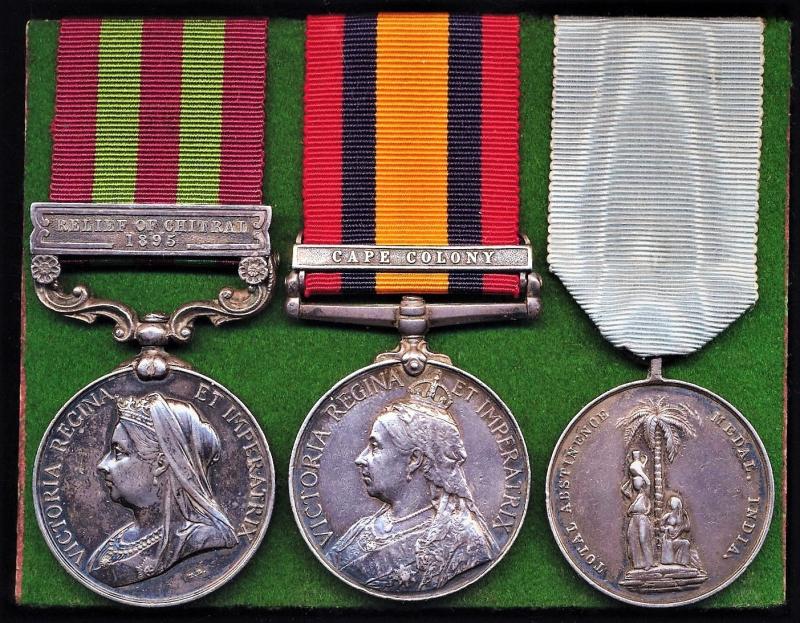 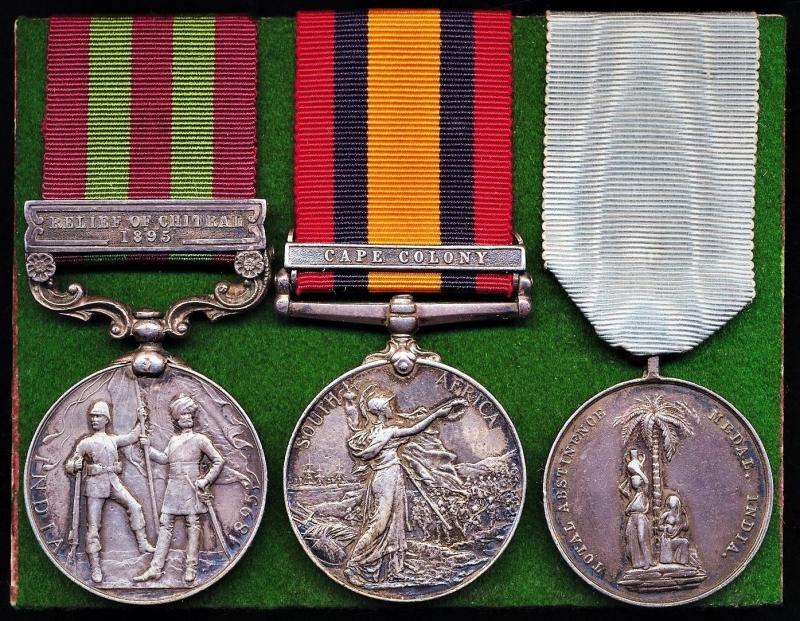 Note: Surname only on QSA with minor official corrections to RA in last part of surname - exactly as issued

Medals verification: The campaign medals and both clasps verified as entitled per the respective campaign medal rolls of 2nd Battalion Seaforth Highlanders, as under:

Henry Thackray, youngest son of Richard Thackray (Railway Signalman) & Harriet Thackray was a native of South Milford, Yorkshire, England, where he was born in 1875. The 1881 National Census for England & Wales, records Henry living together with his parents & 6 x siblings (2 x older brothers, John Richard (Assistant Signalman) & William, together with older sister, Sarah Ann, & 3 x younger sisters viz; Anne Elizabeth, Eliza & Catherine, at the family residence located at, 183 Salts Works Bulidings, South Milford, Yorkshire. Henry's older brother William, was the first of the brothers to enlist and serve with 2nd Battalion Seaforth Highlanders (William's service papers are extant are held at The National Archives), being posted to the Regimental Depot of the Seaforth Highlanders on, 6 July 1891, and given the regimental number 3674, subsequently being posted to 2nd Battalion Seaforth Highlanders on 27 January 1893. Henry followed his brother William into the British Army when 150 x enlistments later he too joined the Seaforth Highlanders. Both brothers served together in India , with 2nd Battalion Seaforth Highlanders, with both receiving the Indian General Service Medal 1895 for their services during the Relief of Chitral in 1895 (brother William was transferred to the Army Reserve on 8 July 1899, and took his final discharge from the British Army on 18 December 1899, at which time he was found to be medically unfit for further service)

For 2/Seaforth their baptism of fire during the South African War took place only 25 x days after they had landed in the Cape. On 11 December 1899, 2/Seaforths, and the Highland Brigade fought at Magersfontein - with Major General Wauchope being shot dead in the opening volleys of well aimed mauser rifle shot that poured into the advancing Highlanders - the highlanders attack being stalled and ultimately repelled by the Boers

The medals mounted on flock covered card board for display