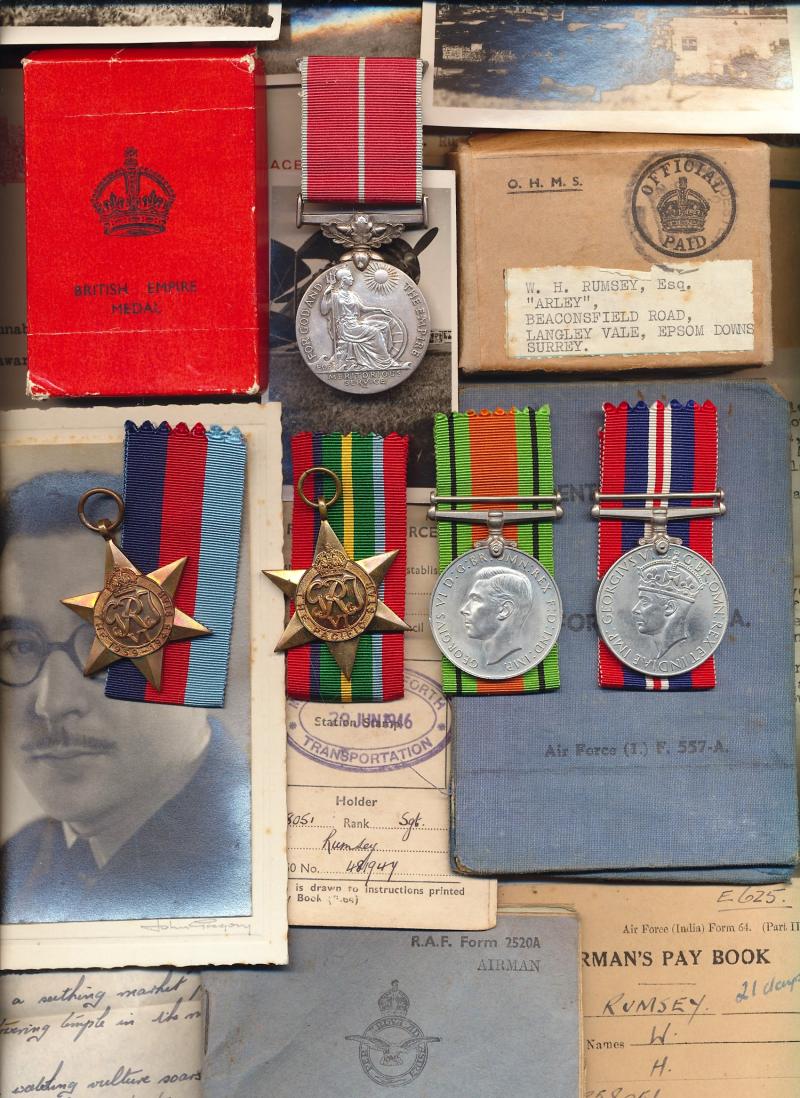 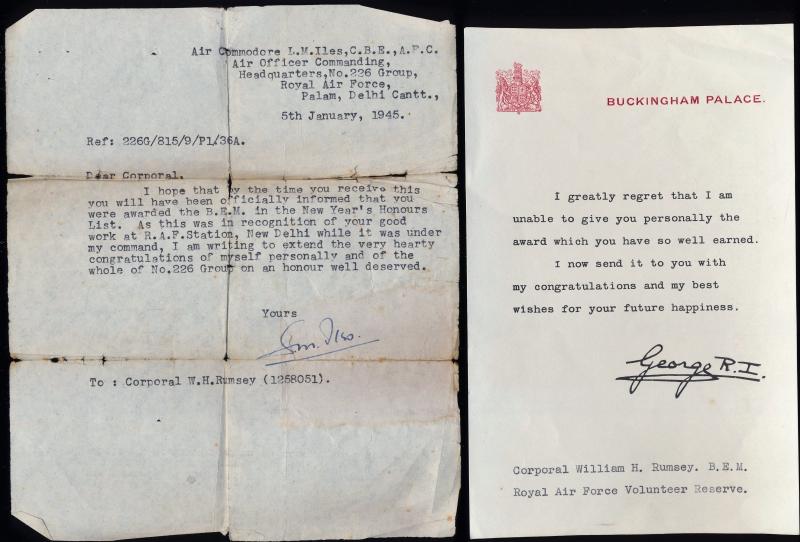 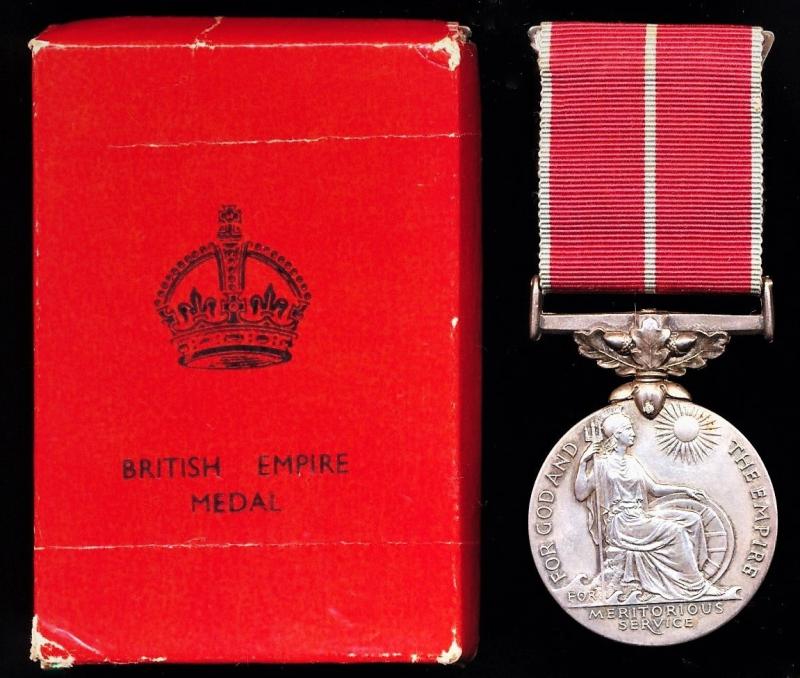 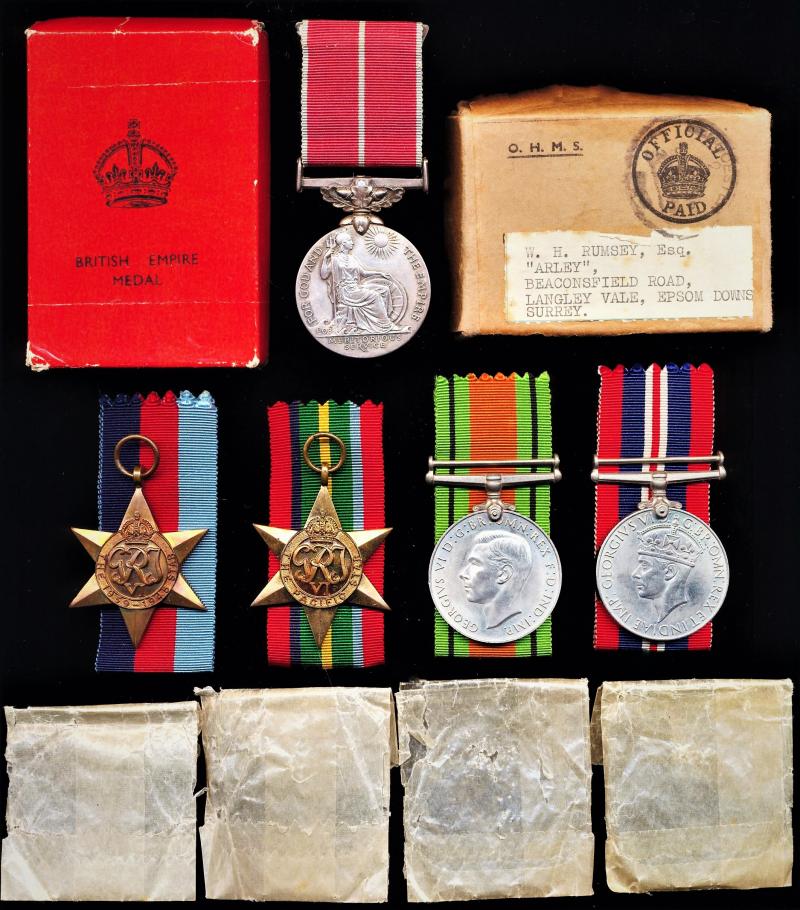 All medals with their original silk ribands, The BEM with its original brooch mounting that retains its hinged pin & clasps fittings

Sold together with an archive of original ephemera including:

Important: Award of the British Empire Medal (Military) was published in the London Gazette issue of, 1 January 1945

William Henry Rumsey attested for the Royal Air Force Volunteer Reserve on 19 July 1940, and served overseas during the Second World War as an Equipment Assistant. Prior to the start of the 'Pacific War' he had been based in Malaya & Singapore Colony, and was a veteran of the subsequent Malaya campaign 1941-42. Prior to the fall of Singapore Colony on 15 February 1942, Corporal Rumsey had been evacuated to Java, in the Netherlands East Indies, from which place he was safely evacuated to British India, before the capitulation of NEI to the Imperial Japanese Army. In India, Rumsey was based at New Delhi. He was awarded his British Empire Medal in recognition of his good work at R.A.F. Station, New Delhi, India, and was discharged from the Royal Air Force on, 10 September 1946