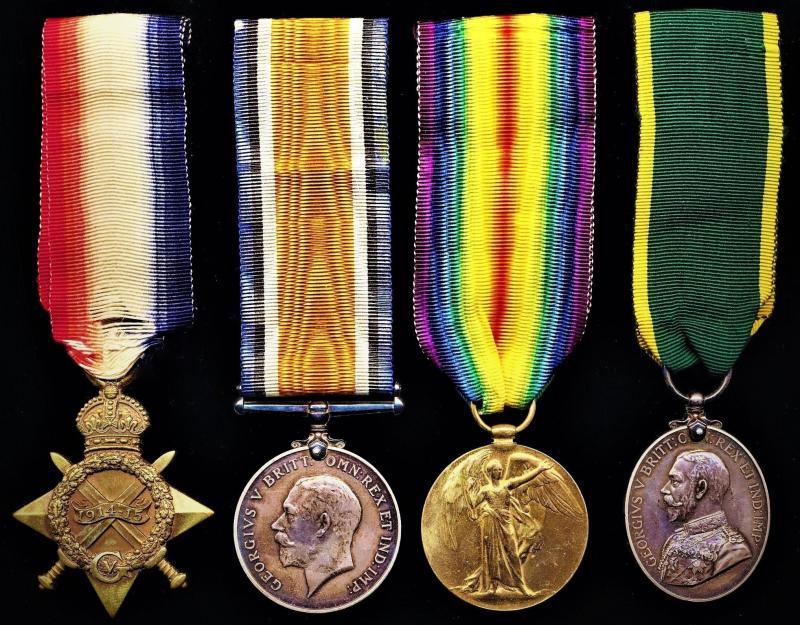 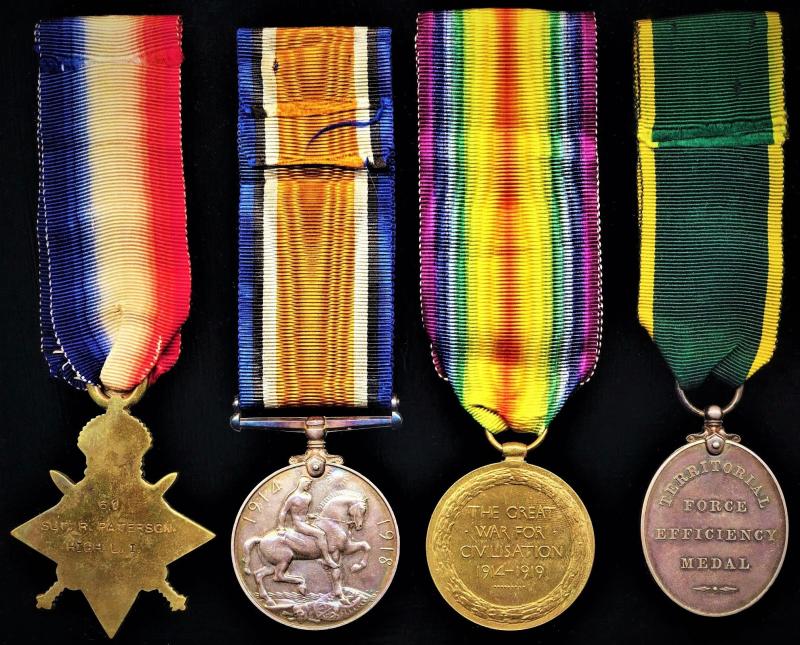 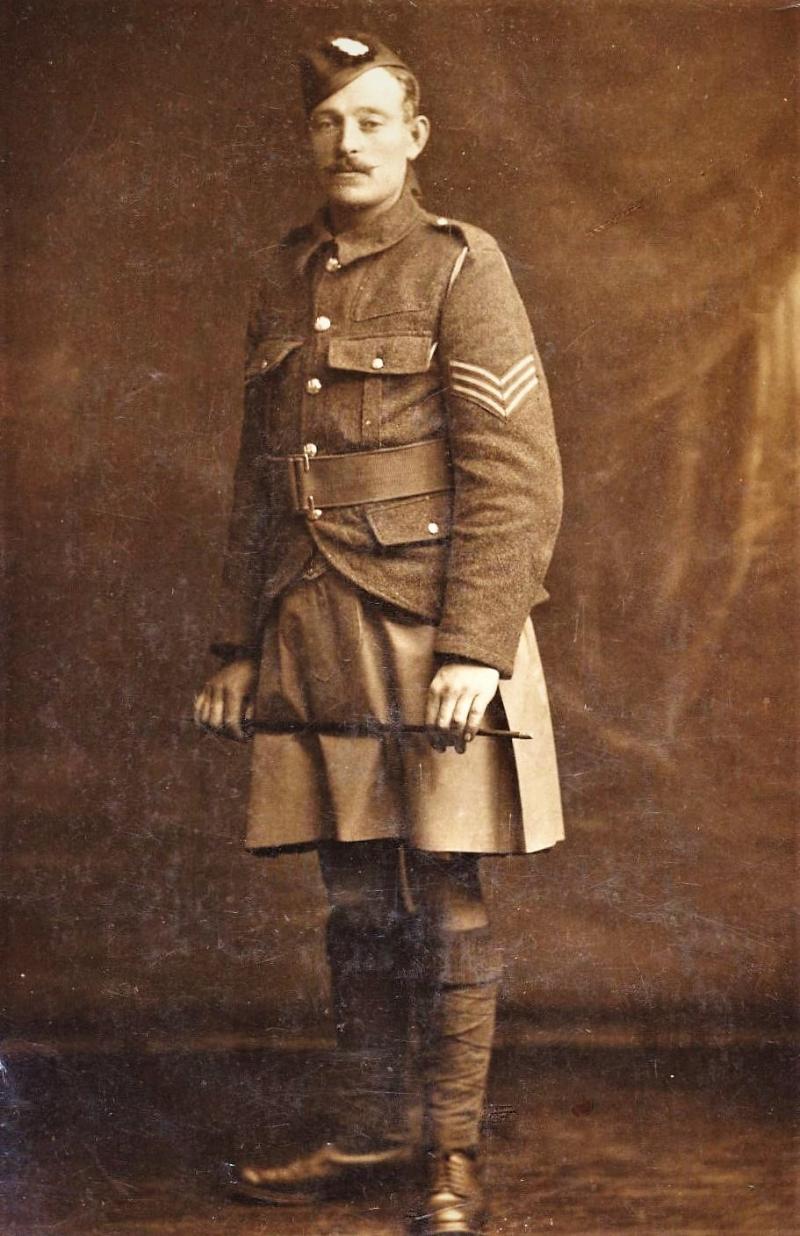 Sold together with a soft-copy (image attachment) of Sergeant Paterson in kilted field service order of 1/6 H.L.I. - one of only 2 x battalions of the H.L.I. (the other was 9/H.L.I) that were kilted

Regimental number: The low two digit regimental number '61' shows that the recipient was an original muster on the formation of the 6th Battalion Highland Light Infantry (Territorial Force) when it was formed in 1908

Note: Sergeant Paterson served with 1/6th Battalion H.L.I. at Gallipoli during the Dardanelles campaign of 1915, where he served from 2 July 1915

Important: All campaign and long service medals verified as entitled per the below cited medal rolls and authorities: