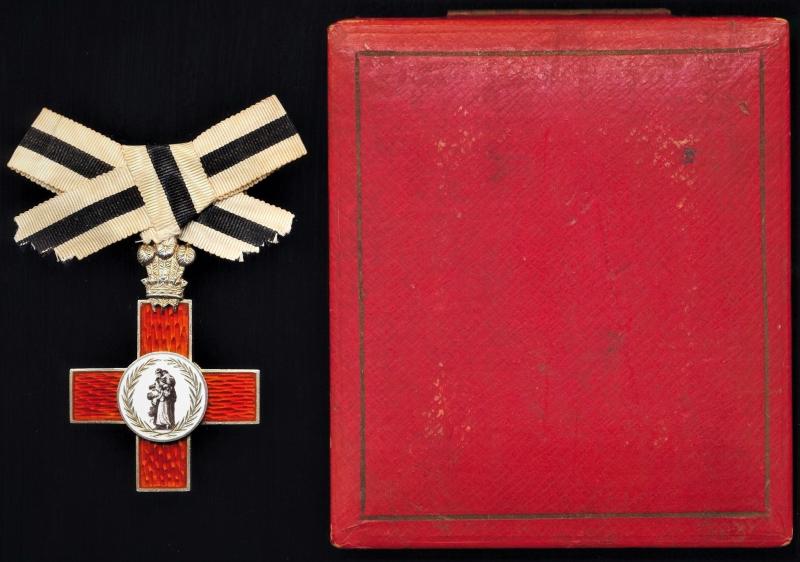 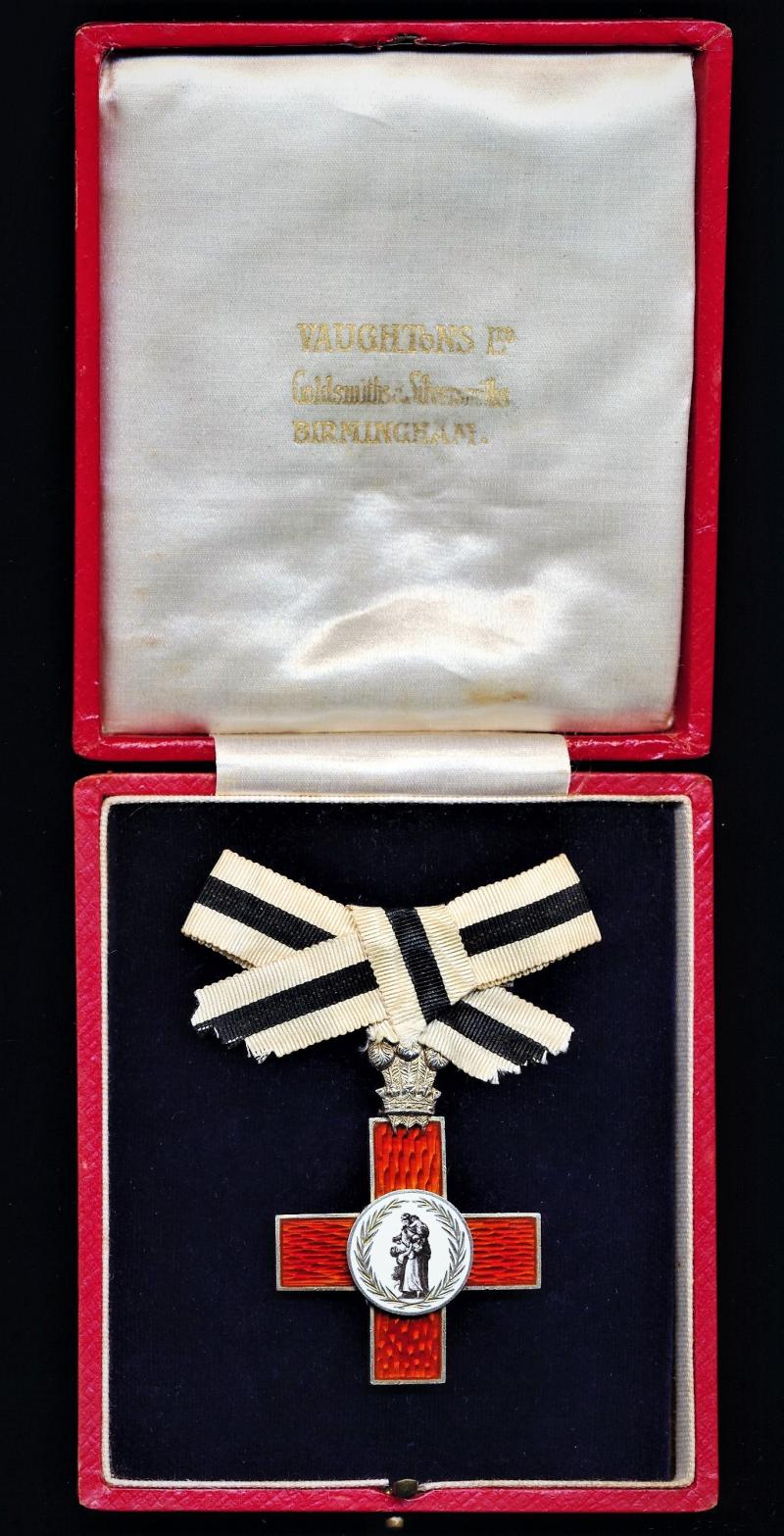 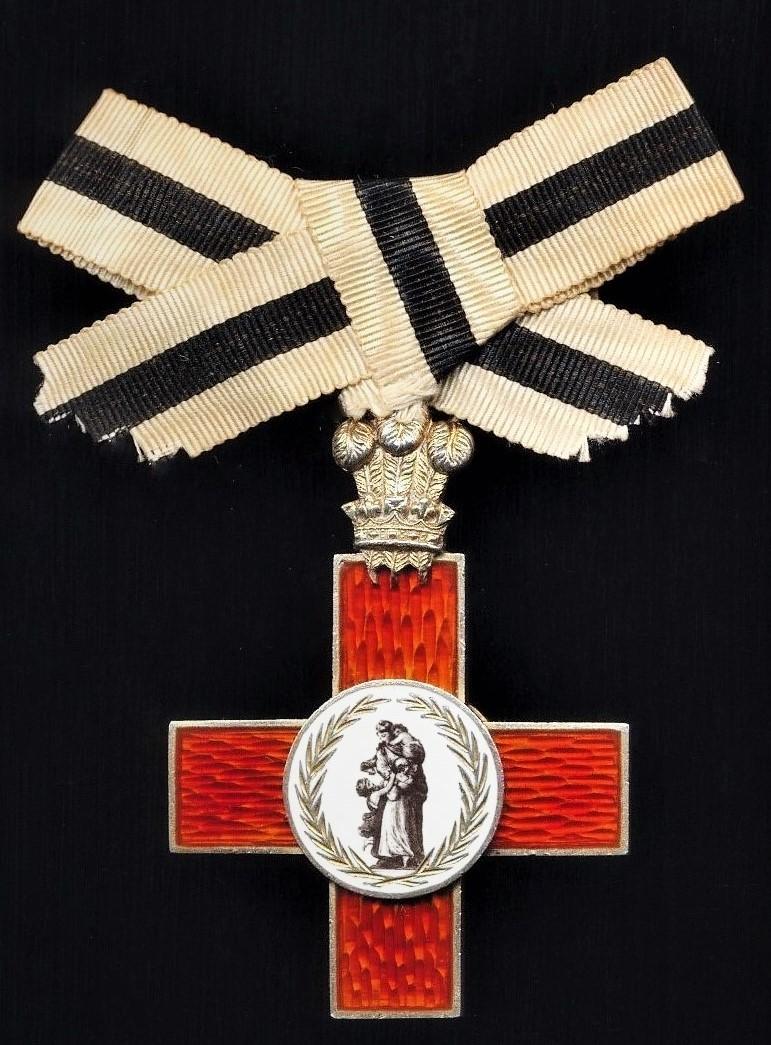 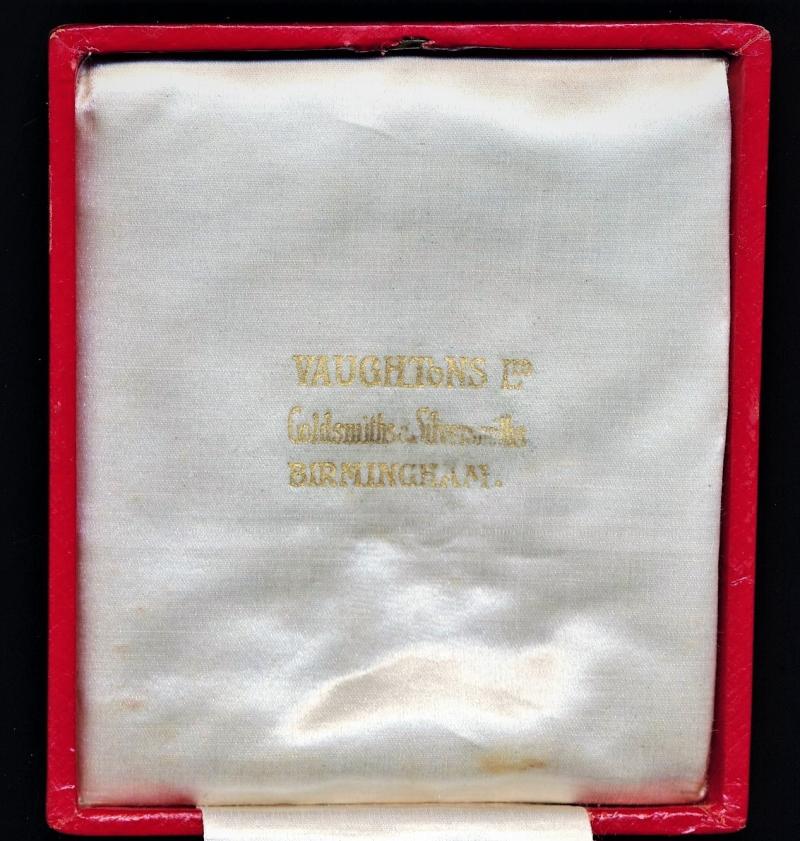 Order of the League of Mercy. Lady's shoulder badge

The insignia mounted on its original silver marked mounting brooch. This retaining the long-hinged pin and clasp fittings as issued

Sold together with the original plush hinged leatherette case of issue. This with makers logo 'Vaughton' on the inside upper silk panel

Per the official British Order of Precedence, the insignia of the prestigious Order of the League of Mercy is worn after the Service Medal of the Order of St John, and before the Voluntary Medical Service Medal

Only an estimated 50 x Orders of the League of Mercy were issued on an annual basis. Every award, including the issue of the rare bar, was published in the London Gazette

The original badge of the order, awarded from 1899-1947, was a red enamelled silver or silver gilt cross surmounted by the plumes of the Prince of Wales and with a central roundel bearing the crest of the League. The reverse is plain, save for the inscription 'League of Mercy 1898' on the central roundel. It was awarded for at least five years distinguished and unpaid personal service to the League in support of charity hospitals, or in the relief of suffering, poverty or distress. A bar for a second award was only introduced in 1917. The first type insignia was not awarded after 1946