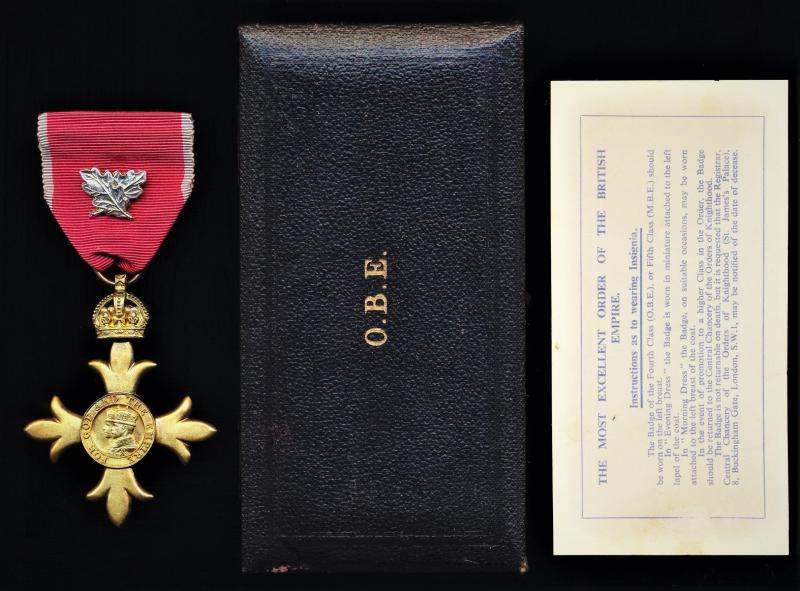 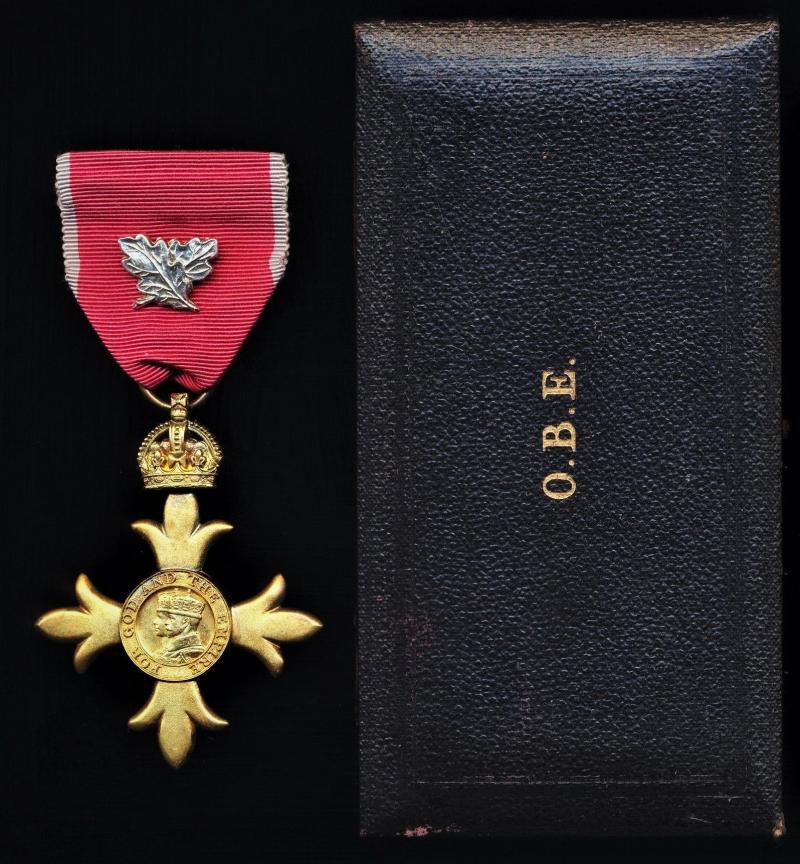 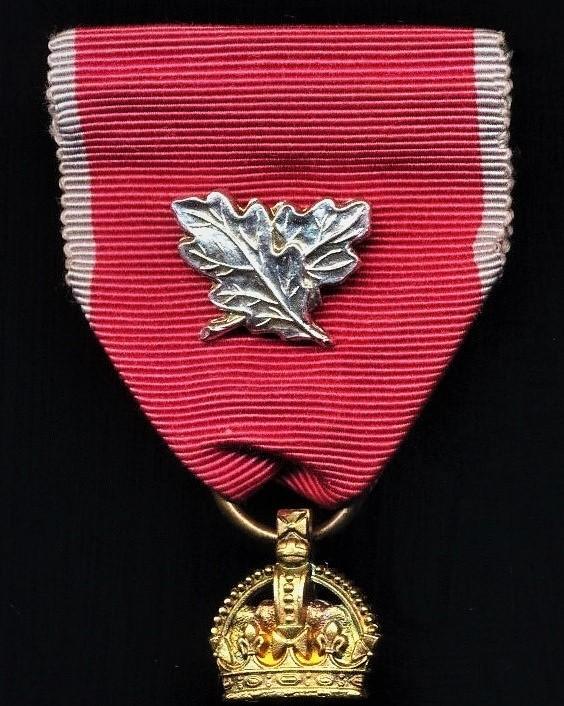 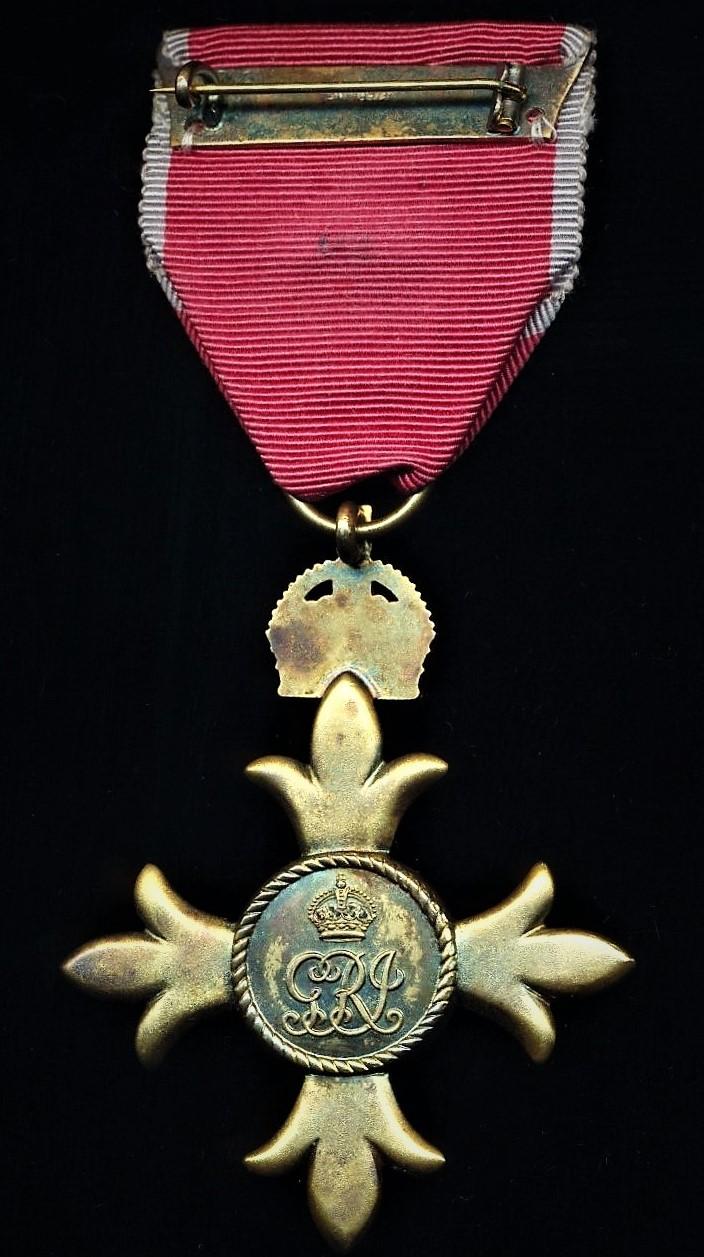 Officer of the Order of the British Empire (Civil Division). 2nd type breast badge, with silvered 'Oakleaves' emblem for Gallantry on riband

The un-named and un-attributed breast insignia mounted on its original silk riband and retaining its silver gilt mounting pin - this marked 'Sterling' - complete with hinged pin and clasp fittings. The reverse of the mounting pin impressed 'Sterling'.

Note: The Most Excellent Order of the British Empire emblem for gallantry was instituted in 1957, and only awarded between 1958-1974. The award was made obsolete in 1974. The award could be awarded in both Military and Civil divisions, of the C.B.E. (only a single Military award was made), O.B.E., M.B.E. & B.E.M. all awards were published in the London Gazette, mostly with detailed citations

With regards to awards of Officer of the Most Excellent Order of the British Empire, for Gallantry, only 10 x awards were made, of which 5 were made in each division of the order, i.e., civil & military

The 5 x awards of Officer of the Civil Division of the Most Excellent Order of the British Empire, for Gallantry, are listed below:

Note: Of the 5 x 'Civil' awards, the geographic scope of where the deeds of gallantry were performed was diverse, including; Iraq (fighting an oil blaze in face of rioters), Belgian Congo (rescue of 10 x British missionaries), Australia (repeated selfless courage at a major train crash incident), Channel Islands (rescue of a 19 years old girl from the cliffs at Hern) & in the 'Skies' over England (conducted a forced landing during an aborted supersonic test flight in skies over the Isle of Wight)